Judaism in America: It’s (Probably) the End of the World as We Know It 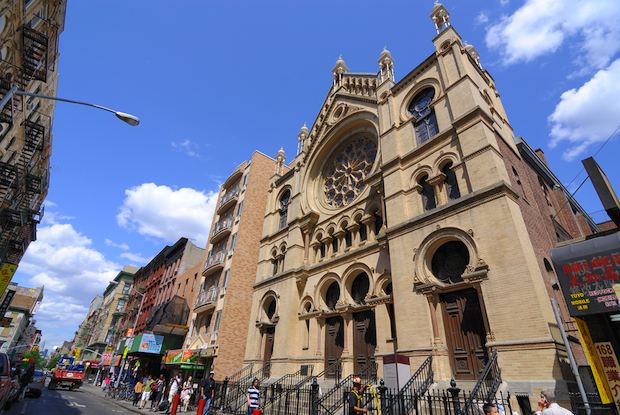 This post originally appeared on Patheos.com: We Jews, however we understand ourselves and our Jewishness, are more integrally linked to the larger American culture in which we live than perhaps any previous generation of diaspora Jews, including past generations of American Jews. We are, like it or not, fully at home here. This is not some 21st-century version of Germany in the early 20th century, or a variation on Spain in the 12th. It’s not even that I don’t believe in Israel. I do, and am proud to call myself a Zionist, but not because I fear I may one day need an escape pod.

America, with all of its challenges and its gifts, is a home, if not the home, of Jews. So, to think about the future of Judaism in America is to think about the future of religion in America, assuming that it actually makes sense to think of Judaism as a religion — a premise I won’t challenge here. To that end, I will take the next 500 or so words to reflect on where both Jews in particular, and religion in general, are going in 21st-century America.

For starters, neither Jews nor Judaism are disappearing, no matter what the fear mongers say. In fact, the number of people who identify themselves as Jews is actually rising, both in real terms and relative to the number of people in the United States, according to last year’s Pew survey of American Jewry. And religion is by no means disappearing either, as some headlines erroneously summarized this year’s Pew study of religious identification in the U.S.

The history of my people and the best data about religion in America suggests that, while we mourn the passing of some things, there’s every reason to have faith in the future.

In fact, while the number of people identifying themselves as “nones” when asked to check a box defining religious affiliation is rising, coming in at 22 percent, neither atheists nor agnostics are really growing, coming in at roughly 3 percent and 4 percent respectively. The other 15 percent simply describe themselves as “not belonging to anything in particular.” Not to mention that 30 percent of “nones” say that religion is at least somewhat important to them. In other words, people are dubious about and/or increasingly unaffiliated with institutional religions, but they are not “unfaithed.”

And what’s true for religion in general seems to be at least as true for Judaism. Synagogues are shrinking, traditional forms of membership are collapsing, and the old categories by which we sought to predict the future are increasingly useless. To be clear though, that is not new. It may be that as the numbers mount, we are just now experiencing a kind of “escape velocity” from the old orbits around which conversations about the Jewish future took place.

It may be that for Jews and Judaism in America, along with the rest of religion in America, the lyrics of the vintage R.E.M. song are spot on: “It’s the end of world.” But the lyric doesn’t end there! And to appreciate the likely futures of both religion in general and Judaism in particular, we need to appreciate the entire line: “It’s the end of world as we know it.” And it’s all about those last four words.

Truthfully, and unlike the words of the song, I am not sure that I “feel fine” about the changes, or at least many of them that are already upon us. But I certainly know enough Jewish history to know that the end of what any generation knows or likes is hardly the end of Judaism. In fact, Judaism has lasted precisely because it has managed to renew and recreate itself time and time again, including many times to the great consternation of those most attached to the previous definitions and understandings.

The transition from biblical Israelites to rabbinic Jews was long and complex. Heck, it even spawned a new religion – Christianity. Maimonides’s emergence as perhaps the single most influential voice for medieval Judaism did not occur without his works first being burned by those who called him a heretic. The building of a modern Jewish state would not have occurred without the Judaism of those who actually were heretics, by any classical definition of the term, but hardly enemies of a rich Jewish future. I could go on, but you get the point.

With many institutional expressions of Judaism weakening, especially those outside the ultra-Orthodox community, accompanied by an actually growing number of self-identified Jews, I think it is fair to say that it probably is the end of the world as most of us know it, even for the ultra-Orthodox, but that is another story. But the end of a world hardly means the end of the world, and everything about the history of my people and the best data we have about religion in contemporary America suggests that while we may mourn the passing of some things, there is every reason to have faith in the future.

This article is part of the Patheos Public Square on the Future of Faith in America: Eastern Religions.