Janus Korczak: The Holocaust Victim Who Fought For Children’s Rights 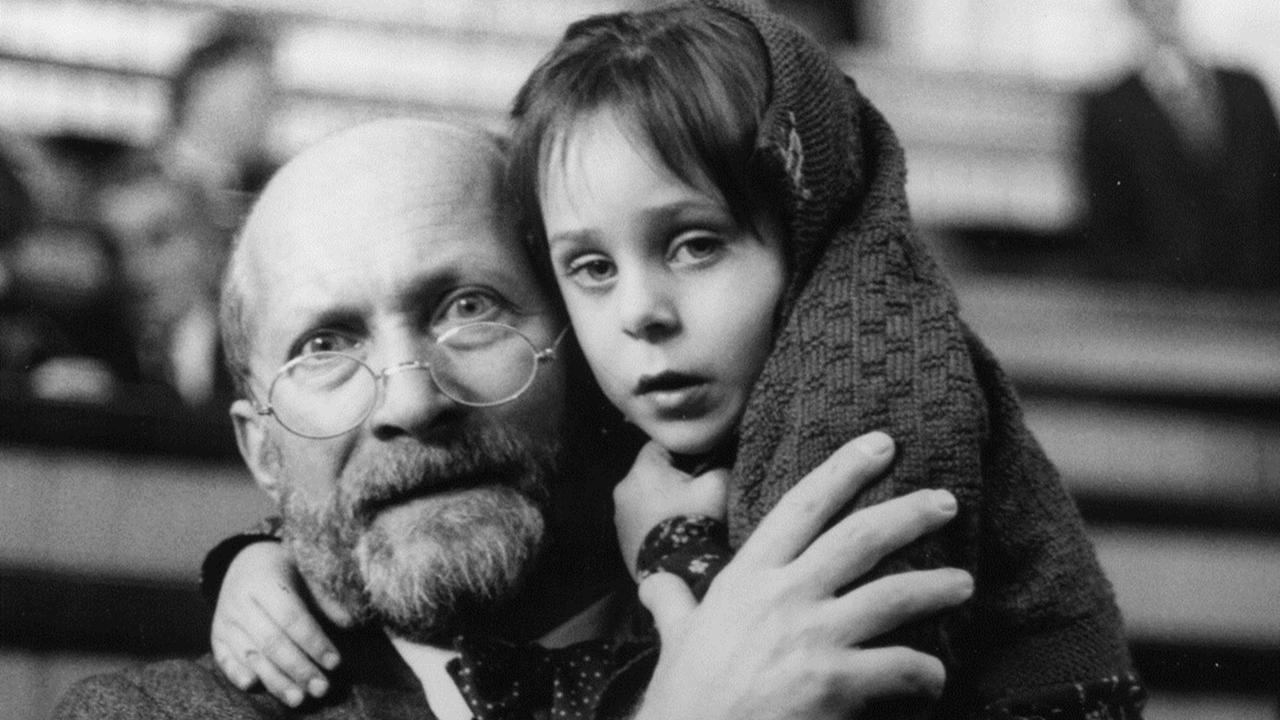 When I approach a child, I have two feelings: Affection for what he is today and respect for what he can become.

So wrote Janus Korczak, a man who dedicated both his life and, after the rise of Nazi Germany and the invasion of Poland, his death as well, to children. His words about relating to children, the art he spent his life understanding and perfecting, have a timeless quality matched by few writers in any field.

Children are not the people of tomorrow but are people of today. They have a right to be taken seriously, and to be treated with tenderness and respect. They should be allowed to grow into whoever they were meant to be–the unknown person inside each of them is our hope for the future.

Janusz Korczak was the pen name of Henryk Goldszmit, a Jewish physician, writer and educator born in Warsaw in 1878.  As a doctor and as a writer, Korczak spent his adult life immersed in the care and education of children, fiercely dedicated to respecting and understanding the world of the child. He worked in a Jewish children’s hospital and was supervisor and educator at the Company of Children’s Camps, which organized summer holidays for the underprivileged children of Warsaw. Widely sought after as a physician, he charged high professional fees for his wealthy patients and treated poor families free of charge.

Throughout his life, Korczak was focused always on life from the perspective of children, those most important citizens of the global world who are paradoxically often treated as the least important. While working as a doctor for the Russian army during the Russo-Japanese war, Korczak wrote, “War is an abomination. Especially because no one reports how many children are hungry, ill treated, and left without protection. Before a nation goes to war it should stop to think of the innocent children who will be injured, killed, or orphaned. No cause, no war is worth depriving children of their natural right to happiness.”

In 1912, he accepted the position of director of a new Jewish orphanage whose building, which was considered one of the most beautiful, modern and well designed in Europe, was his brainchild. For the rest of his life, Korczak worked in the orphanage, living in the attic and receiving no salary for what he did there.

His writings, which included novels and essays on children’s rights and the philosophy of education, became very popular in Poland and Germany. He worked with Stefania Wilczynska, another idealistic Jewish teacher who dedicated her life to the care of orphans and greatly influenced Korczak’s thought and activities.

In the 1920s, Korczak directed two orphanages and served as an instructor at boarding schools and summer camps, as well as lecturing at universities and seminaries and writing prolifically. In 1923, Korczak published King Matt The First, a novel as famous in Poland as Alice in Wonderland is here, about a little prince who, after inheriting the throne, overcomes many challenges and battles against injustices inflicted on children by adults. In the late 20s, Korczak was also able to realize his remarkable dream of creating a newspaper for and by children, which was added as a supplement to the Polish Jewish daily.

The essence of Korczak’s message about children could be summed up in the word “respect.” As he wrote:

A plea for respect: respect for the mysteries and the ups and downs of that difficult task of growing up. Respect for the here and now, for the present. How will she be able to get on in life tomorrow, if we are not allowing her to live a conscious, responsible life today? We must respect every moment, because each will pass and never return.

Adults often cast a reluctant eye on the contents of a child’s pockets and drawers. One can find almost everything there, including pictures, postcards, pieces of string, nails, pebbles, beads, bits of colored glass, stamps, birds’ feathers, pinecones, ribbons, bus tickets, and leftover bits of things which no longer exist. Every little object has its history. These may be remembrances of things past, as well as longings for things to come: A shell may represent a dream of a trip to the sea. A screw and a few bits of wire–an airplane and dreams of flying. A doll’s eye, broken long ago–the only keepsake of a lost love. Unfortunately, sometimes in anger or in a bad mood, the insensitive adult makes a heap out of these treasures and throws them away, because they are damaging pockets and jamming drawers. How heartless to treat other people’s property in this way. How can one expect the child to have respect for anything or anyone? It is not bits of paper that end up in the dustbin, but cherished belongings and dreams of a wonderful life.

In what extraordinary circumstances would one dare to push, hit or tug an adult? And yet it is considered so routine and harmless to give a child a tap or stinging smack or to grab it by the arm. The feeling of powerlessness creates respect for power. Not only adults but anyone who is older and stronger can cruelly demonstrate their displeasure, back up their words with force, demand obedience and abuse the child without being punished. We set an example that fosters contempt for the weak. This is bad parenting and sets a bad precedent.

In the mid-1930’s, right-wing anti-semites increasingly took control of Polish government and society and Korczak was removed from many of the positions in which he had been active, despite his great popularity as a thinker in Eastern Europe. In 1935, he began appearing on a Polish radio show as “the Old Doctor” to advise about children and child care, winning a huge audience all over Poland. A Polish journalist called him “the greatest intellectual and humanist on the Polish radio.”

When the Nazis occupied Poland in 1939, Korczak refused to acknowledge the occupation and heed its rules, refusing to wear the Jewish yellow star, for which he was jailed for a time. When the Jews were confined to the overcrowded, poverty stricken Warsaw ghetto, Korczak concentrated his efforts on caring for the children of its orphanage. The ghetto was wracked by hunger and disease. Korczak’s friends and admirers appealed to him countless times to leave, with Nazis and Poles offering him safe passage out, but each time Korczak refused, deciding instead to stay with the children.

On Thursday, 6 August 1942, the Germans sent Korczak, his assistants and the two hundred children of the orphanage to the death camp of Treblinka. A witness to the orphans’ three mile march to the cattle train described the scene to the Jewish historian Emanuel Ringelblum: “This was not a march to the railway cars – this was an organised, wordless protest against the murder.” The children marched in rows of four, with Korczak leading them, looking straight ahead, and holding a child’s hand on each side. A second column was led by Stefania Wilczynska, the third and fourth by other teachers.

Nothing is known of what happened in Treblinka, where they were all murdered. After the war, many schools and organizations were given Korczak’s name in Poland, Israel, Germany and elsewhere to keep his memory alive and to promote his message and his work.

THERE ARE MANY terrible things in this world, but the worst is when a child is afraid of his father, mother, or teacher. He fears them, instead of loving and trusting them. If a child trusts you with his secret, be grateful. For his confidence is the highest prize.