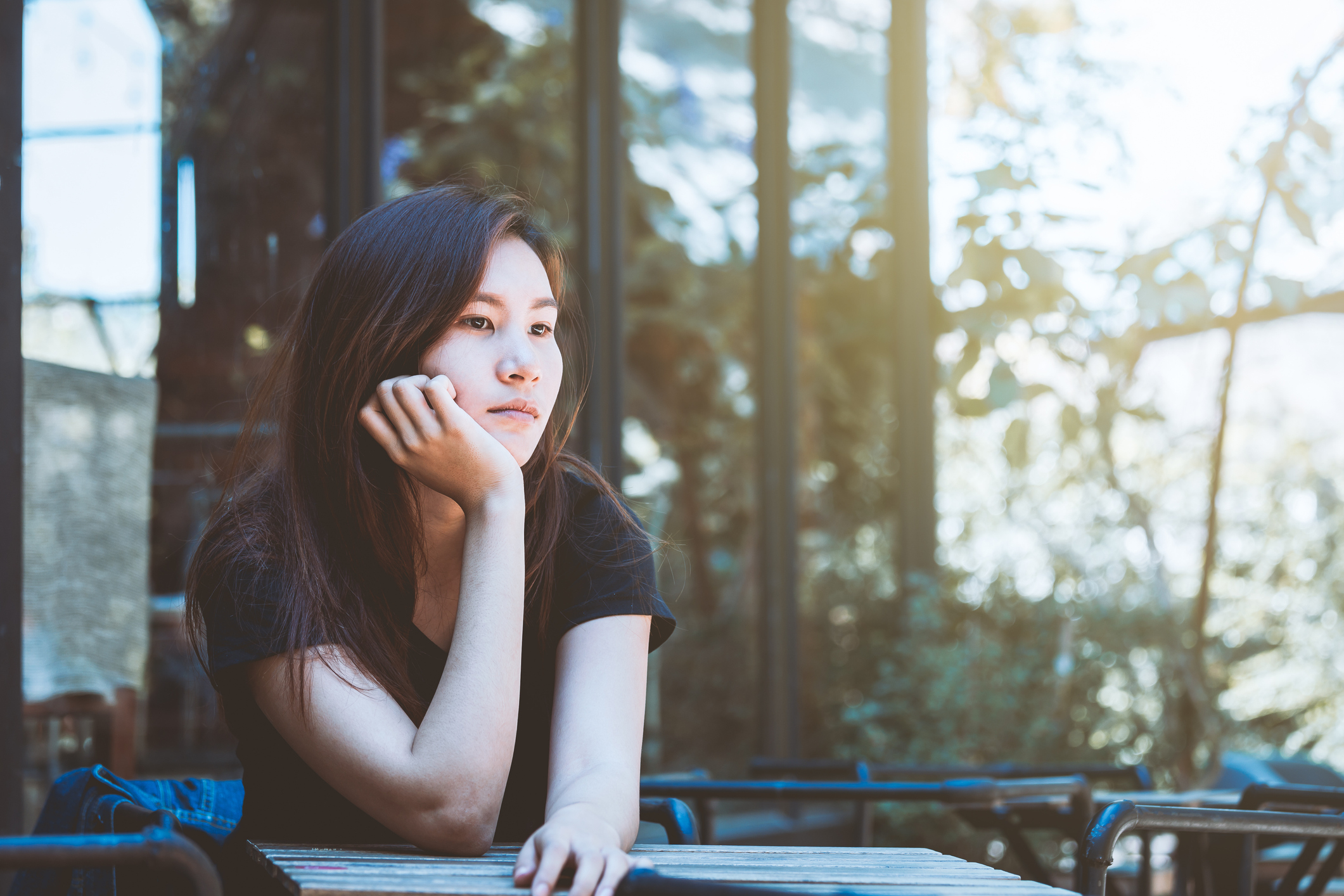 During a recent discussion, I realized something that felt tragic and horrifying but, at the same time, oddly freeing: I no longer believe that hard work, or following my innermost passions, will lead to objective reward. Throughout my student days, the relationship between hard work and external success was far from perfect, but for sure it existed. There were times when I got lucky and excelled with little effort and other times when I worked hard but got slammed anyhow, either because I was hopeless at the endeavor in question (like dissecting in AP biology) or because my ideas didn’t appeal to the person wielding the grade. But I had an overarching sense that work was somewhat likely to yield the results I was hoping for.

If nothing else, the notion that hard work often leads to success grounded me somewhat. If I wanted to succeed in a class, I made some effort to complete the required reading and assignments. Though I sometimes lucked out and succeeded despite laziness, I rarely questioned the basic notion that taking assignments seriously would boost my odds of achieving a result that would make me happy. If a class didn’t go well, solutions always hinged on my investing more effort in some way. More or less, I knew what I had to do to maximize my chances of feeling happy with my results. There was something comforting about this situation. This aspect of life made some sense to me and felt somewhat controllable.

While the need to put effort into classes I didn’t enjoy often conflicted with my desire to pursue my deepest passions, I was profoundly fortunate as a young student, because many of my teachers recognized that I had this problem… and seemed optimistic that it would resolve itself when I finished school and began making my way as an adult. The message I was given: at that point, focusing on my pure passions would likely bring substantial reward. “You’re the kind of kid who, when you’re bored during a history lesson, will scribble fabulous poems in your notebook,” my high school guidance counselor once informed me. In all honesty, her impression of me was unrealistically positive. It’s true that I often felt bored in my classes, but, more often than not, I sat there spacing out and contemplating some issue that I never pursued in any productive way. I often wondered how I had managed to create an image of myself as being unstoppably creative when in fact I spent much of my time lazing around, but I figured I must have found some glorious secret of self-marketing that would serve me well one day.

The discussion that brought out these memories happened on Facebook, of all places. I’m an odd character who sometimes gets pretty intimate there, sharing my own feelings and exploring other people’s. I had joked that an awful experience with a doctor was a microcosm of the entire state of my life. When a friend asked me why, I realized that, in essence, events over the past years had killed my faith in basic values that so many around the world extol: hard work and following your passion.

I admitted this publicly, and my emotions became intense. I wanted to cry. Then I wanted to scream at someone. Then I wanted to harass the people who precipitated this loss, but, before the thought could gel, I realized that they wouldn’t care even slightly. Then I wanted to rush out into a busy city neighborhood and contemplate the heartless nature of the universe. And then, finally, I had some inklings of how I could reframe all of this towards a sense of freedom and new possibility.

The situation is simple to explain, and people with more diversified goals may not have reacted with such force. Shortly after my nonfiction book about Hasidic girls was published, I wrote a novel. Very quickly, I found a literary agent who worked at a revered company. I spent many hours for over a year on revisions, and she never sold the book. My faith in diligent effort and following my passion was still strong, so, after intense work on the manuscript, I found a new literary agent who also had an excellent reputation, and I spent many months revising for him. He, too, never sold the book.

Priding myself on my unshakable belief that continued hard work would make my passion profitable, I contacted a publisher on my own. They loved the book and wanted to publish it. When I heard the news, my first reaction was deep, soul-level relief. My old recipe for positive results had finally come through for this phase of my life. And then the company head changed his mind, after sending out a contract which I had hired an attorney to examine.

At that point, something shifted within me. I felt ridiculous. I had knocked myself out for many years with absolutely no reward, and I felt that I was running out of options. After driving myself hard with my own internal carrot of wanting to pursue my deepest passion in a way that would lead to an objective kind of success, I gained nothing except raw negative feelings towards the world, my life, and a diverse collection of people with whom I had once worked closely and joyfully.

If I were a more typical adult who also focused on things like marriage or childrearing, this may not have felt so catastrophic. But I wanted none of that. All I really wanted (aside from having a mind-blowing mystical experience, achieving immortality of soul, and knowing that everyone I love would also achieve immortality of soul) was to get this book published well, as a start to getting other books published well and growing an electrifying career of sharing my ideas and my writing as widely as possible. It wasn’t happening, and my faith in the basic principles I had always followed was shattered.

I didn’t realize that my faith had been shattered until that conversation the other day. It came to me in a kind of rush — I no longer believed in the core values that had driven the earlier parts of my life. How awful not to embrace societal bedrocks like hard work and believing in your inner dreams.

Unless… maybe it’s not so terrible. Maybe it even has perks. If I don’t believe in hard work as a basic principle, maybe I don’t have to push myself so hard. Would I have more fun if I relaxed, with little focus on external reward? And wrote only if I felt some kind of internal drive — if the process itself felt so pleasurable, I wanted to jump into it in the same way I want to jump into an ice cream sundae or a stroll through Manhattan?

If I don’t believe in following dreams that are based on external, objective success… how freeing. Maybe I can focus on dreams that have no relation to measurable achievement, whatever that even means. Maybe, for instance, I can focus with laser sharp energy on having a true, undeniable mystical experience, instead of always keeping one eye cocked towards writing that amazing book about my quest. Maybe it’s all about finding the truth and living the dream… and not about writing at all, except when writing truly fosters my most essential goals and isn’t mostly a means to win some kind of validation or renown.

I’ll admit it: I’m not fully on board with this idea of the free-flowing life. I feel confused, and I mourn the days when I thought I knew what I had to do in order to achieve what I wanted, needed, and hoped for. Those who know me in person may worry that I’ll drag your kids away from your fondest hopes, encouraging them to hang out and drink beer rather than do their homework and hone their talents. You have no need for concern. I’m not sure at all of where I stand here, and I still crave all the things I used to crave when it comes to achievement and sharing my ideas.

It’s even possible that, paradoxically, shifting my focus away from achievement will somehow pave the way for it to come. For better or worse, that idea delights me. I feel like most of my post-student successes came through luck: chatting with the right person at the right time, happening by chance on the announcement of an ideal opportunity, etc. Maybe the key to my old dreams is to open myself to serendipity in a different way: with more hope, openness, or some such.

Clearly, I haven’t embraced an alternate way in any kind of complete sense. I’m really just playing with ideas. For so long, I rarely gave myself permission to truly play because I always had some kind of larger motive: if I go here, if I do this, if I talk to them, I can write about it… and who knows where that might lead? Perhaps I need to play for the sake of it and write for the sake of it.

Do I truly believe that this is enough? To answer that question, I guess I need to define “enough.” I stop short there. I don’t know what to think or what to say. All I know is that it feels delectable to announce: “I don’t believe in hard work for the sake of advancement or in reaching towards professional dreams.” Even to toy with those ideas slams against the values I was raised with and of most people in my circles. I’m toying, I’m playing, and, much as I want to reach some kind of conclusion, that itself is probably a symptom of the mindset I’m pushing against. Maybe I’ll just find a fun song, dance around my living room, and smile.

Inspirachel Nugget: The First Five Minutes And The Stasis Chorus