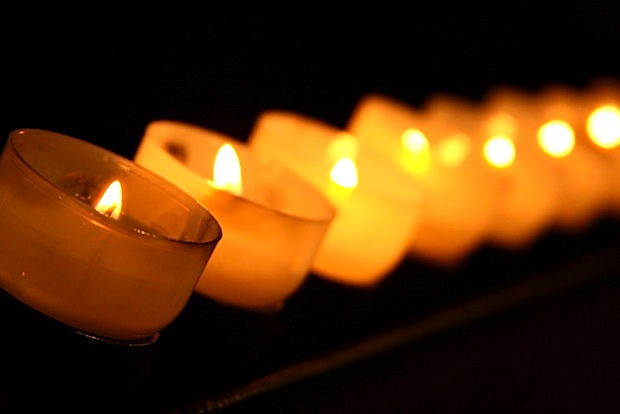 The brazen shooting near Roanoke, Va., that killed local TV reporter Alison Parker, 24, and cameraman Adam Ward, 27, during an early morning on-air interview with Vicki Gardner (who was critically wounded) immediately evoked all the conventional tropes in our national discourse. There was widespread hand-wringing about easy access to firearms and the need for tougher gun regulations. We heard the calls for more mental health care and our NRA “wisdom” reminder: guns don’t kill people, people kill people.

Aren’t we tired of this endless loop?

Here’s an experiment. Let’s bring “beginners’ mind“ to the issue of guns in this country. Whatever your ideological reflexes on guns, imagine approaching this issue without any assumptions and preconceptions, without knowing anything at all. If you had no political leanings, and simply read the following ten facts, what would you think about guns and our country? Take note: Which facts surprise you? Would any new ideas arise about what we might do?

1. Gunfire ends the lives of more than 33,000 people annually in the Unites States.

2. The majority of mass shootings in America in the last three decades involved legally obtained weapons.

3. Only 3-5% of violent crimes in the U.S. can reliably be attributed to serious mental illness.

4. Defined by the FBI as four fatalities or more, mass shootings are growing in frequency – but still represent a small fraction of the violent gun crimes in our nation.

5. Statistics show that gun murders in the U.S., like all homicides, have declined since the 1990’s. However, during the most recent years yielding reliable data (2000-2008), the annual number of fatal shootings has remained relatively constant in America, as the number of wounded survivors trends upward (reflecting better emergency care).

7. More gun ownership correlates with more shootings, and a firearm in one’s home dramatically increases the risk of being shot by a family member.

8. In America, 57% of mass shootings involve an intimate partner or another family member; eight out of ten victims were women and children. Overall, nearly 75% of female murder victims were killed at home. In homes of domestic abusers with guns, the risk of murder is eight fold.

9. A majority of murder suspects have arrest records, according to police in several American cities.

10. The U.S. has more armed civilians (270 to 300 million guns in private hands) than any other developed nation; just 31-35% of Americans live in households with a firearm. Interestingly,?while Pew research shows strong support for specific policies, their annual one-question poll indicates that more Americans reject the notion of “gun control” than they did two decades ago.

Here are a few of my “beginner’s mind” responses.

There’s a mismatch between people’s fears about gun violence and the reality. Fatal shootings by angry husbands and boyfriends are far more common than public mass murders.?Suicidal impulsiveness is a far deadlier threat within our population than an armed stranger. In other words, increasing security at movie theaters is a far less urgent problem than increasing safety for women with violent male partners – or exes or other family members who are armed – and for the children in those households. Looking purely at the numbers, it’s clear that the occurrence of gun violence in schools is (statistically) insignificant relative to gun suicides at home.

Suicide and gun violence within families, as the data shows, are the most widespread forms of gun violence. I don’t know, but I’m not sure what some define as “the gun culture” plays the most central role in these kind of crises. I do recognize that in a violent culture, people can more easily become violent as a normal response – especially men, as statistics reflect. Even “good” people can become enraged, drunk, destructive, etc., and with easy access to a firearm they wind up doing far greater damage that they would without it.

Guns are a form of communication. Perhaps, there’s something we need to address about our culture that makes resolving conflict with violence commonplace, and firing a gun an acceptable way of maintaining control and expressing anger – especially against women.

We all want to live in a world with less violence, where fewer people die. Whether guns hinder or aid this goal is a debate that won’t be settled soon in our country. And the likelihood seems to be neither will there be any big movement on the issue of gun reform in the current political climate. Regardless of which “side” you identify with in this culture war, it just might be worth beginning to focus on something more than legislation. For the foreseeable future, America’s annual 33,000 gun deaths are an acceptable sacrifice that our population justifies in order to preserve the liberty that’s linked with our gun culture.

These three cultural issues – individualism that tears away at the support we need from our webs of relationships, the role of honor in damaging people’s self-worth (and keeping them from asking for help) and intimacy partner violence that’s about the power relationship between men and women – all could be fruitfully addressed without dealing with the seemingly intractable gun issue.