Interview With A Mystic 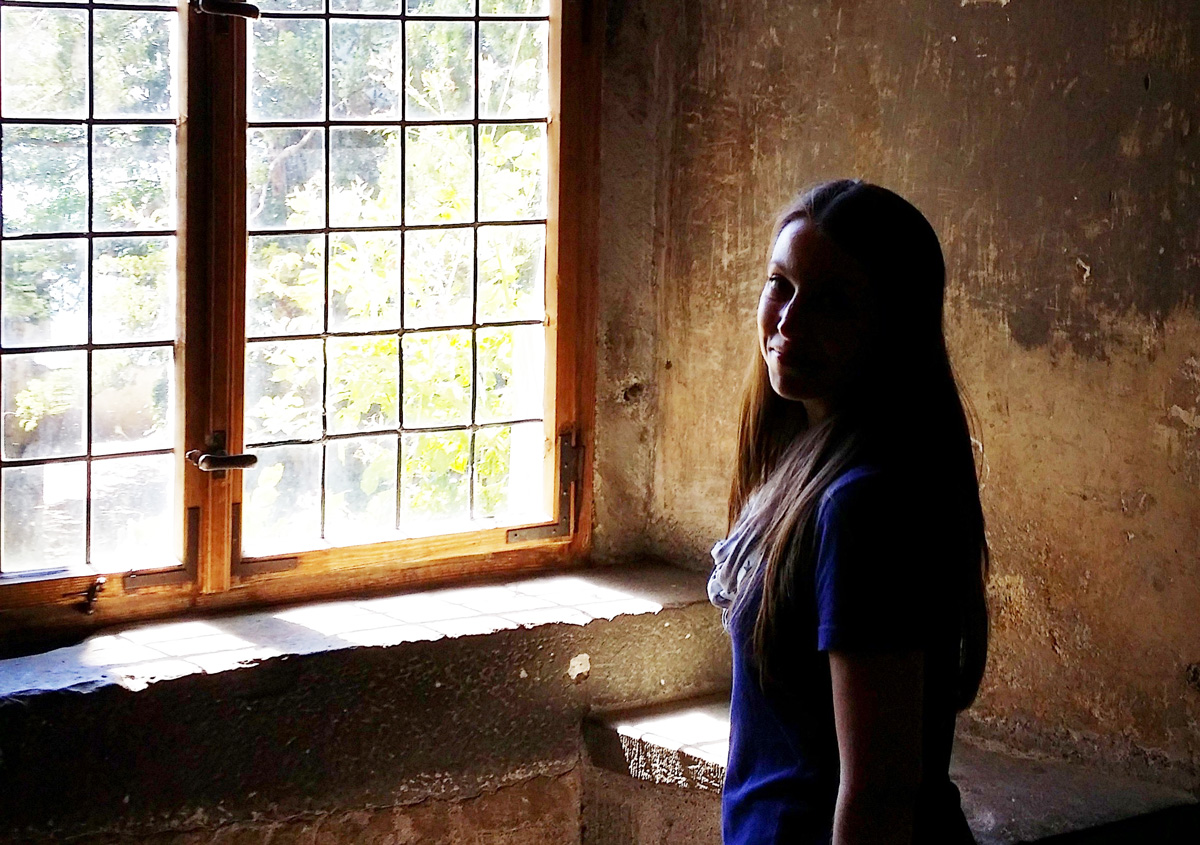 If you’ve ever had a mystical experience and wanted to share it with others, perhaps you’ve run up against this common challenge: You know it was real – maybe it was the most real thing that’s ever happened to you – but it’s hard to communicate that sentiment without feeling a little nutty.

After all, if you live in the Western World, mysticism is regarded with a push-pull of fascination and snarky cynicism. Those who want mystical experiences must often venture to the fringes to find the religious leaders who will nurture mystical experiences, Ayahuasca dealers who can only be located by word-of-mouth or palm readers who have been driven out of the city limits by local ordinances.

And yet, for many people, the hunger for those experiences doesn’t go away.

Andrea Babb is a medium who I met last summer while searching for haunted dolls (for a story) on the website Etsy. From what I can tell, every medium’s gifts are different. Andrea sees spirits – those that haven’t crossed over, those that have, and those that were never human to begin with (among others).

She, more than anyone else I know, is accustomed to living in the spiritual world and the so-called “real” world. She seeks proof and explanations for what she sees, but she’s accepting when she can’t find that, too.

The first time we spoke on the phone she kept saying, calmly, “I know this sounds crazy, but…” before she recounted something that had happened to her. Eventually, I told her Andrea didn’t need to say that anymore. It was hard to articulate why, but even as a trained journalist who should have been skeptical of this kind of thing, I didn’t doubt the veracity of what she was telling me. At the very least, I felt, Andrea was having these experiences. And while Andrea is many things – she founded an animal shelter and is a wife and mother – crazy isn’t one of them.

While that kind of trust might make me sound like a fool to some, it added up for me. Andrea never tried to convince me of anything, she just told me what happened to her.

Here are a few of her experiences.

Andrea, who’s 33 now, has been seeing ghosts since she was a little girl. They looked as real to her as people who were living. One of her first experiences with this came when her grandparents died.

“When I went to my grandmother’s funeral, I saw my grandma there, standing next to her casket. I assumed that everybody could see her, but I thought, maybe, being in the South, it was just rude to talk about it. So I just didn’t talk about it.”

When her other grandmother passed away, the same thing happened.

“I remember seeing my other grandmother, too, after she was in a car accident. My family members and I were in the elevator going up to see her in the hospital, where she was in a coma. And I could already see her spirit standing next to my family in the elevator. And I thought, ‘Well, that’s weird.’

Then we walked into her hospital room and saw her lying in the hospital bed unconscious. That was when  I started to realize and could tell the difference between a human and a spirit.”

As a girl, Andrea assumed everyone could see the spirits, but as she got older, she realized that wasn’t true. She didn’t really have a model for how to deal with that kind of weird dichotomy – the fact that she was perceiving a reality that was different than the one other people experienced. So, for a while, she just pushed her visions away and pretended they didn’t exist.

But Andrea’s visions are a big part of the way she experiences the world, and she couldn’t push them away forever. When she had powerful visions of loved ones who had passed away in her 20’s, she realized that it was time to embrace her gifts and learn as much as she could.

She began to dive into literature about the paranormal, ghosts and what it meant to be a medium. Andrea also discovered something that she could do with her gift. She was frequently visited by spirits who had died, but hadn’t yet crossed over into the afterworld. Often, the spirits had sudden or difficult deaths and were confused about what had happened to them. Other times, she told me, they just needed someone else to see what had happened to them, to understand what they had gone through, before they were ready to let it go and cross over.

Sometimes, when her visions were especially powerful, Andrea would even use the internet to help her figure out what or whom she’d seen. Sometimes, she just wanted some kind of link from her experience to what existed in the outside world. Once in awhile, after hours of searching, she’d find it.

“It was important to me to find proof, because I still questioned myself, I had doubts…”

In 2016, for instance, Babb had a powerful dream, detailed on her blog. As she drifted off to sleep, she found herself walking around the stadium of a high school football game. People were waving at her and calling her Alice, and she realized she has stepped into another person’s life history, that of a spirit who wanted to show Andrea her last moments on earth.

In the dream, Andrea experienced the teen girl’s death at the hands of her boyfriend, alone in the woods.

“The first bullet hit my right arm. I fell to my knees and dropped my cell phone in the leaves on the ground….I pushed myself back up to my feet and ran (but) … he was just too close and too fast.  He jumped down after me and positioned his gun to the back of my head. I raised my head a few inches off the ground and saw the spirit of the girl I was embodying. I mouthed “HELP ME” to her even though I knew it was pointless.  I closed my eyes and heard that final bang.  Everything went dark and the fear and adrenaline slowly started to seep out of me…”

When Andrea woke up from the dream, she wanted to know who the girl had been. She got on her computer and started searching through news articles, obituaries, and anything else she could find.

One year later, Babb was still poking around on the internet, when she finally found it: a two-decade-old newspaper article with girl’s face. The article said that the she had been shot by her boyfriend in the Tennessee woods after a football game in the mid 1990’s.

“It was a complete mirror of what I saw in my dreams,” Babb said. “So with that experience I was able to credit the dream a little bit more.”

Finding “proof” of her visions may have given Andrea peace of mind and confidence in what she sees. But of course, being able to see things that other people don’t is still a challenge.

Andrea has seen and experienced things that many people would never choose to go through.

For instance, Andrea lives in Germany and sometimes sees ghosts of people who perished during the Holocaust. In once instance, she had a vivid and exhausting dream WWII that seemed to bend time. When she woke up, she felt certain that she had been in the dream world for a month, even though it had only been eight hours in the real world.

“For someone like me, dreaming isn’t just a normal part of life … For me, going to sleep each night is equal parts terrifying and exciting,” she wrote. “I never know where I will go, who I will meet, how long I will be gone, and how it will affect me.”

Often, she hears, sees and feels spirits approaching her for help, recognition or attention. Sometimes, they will even come up to her and run their fingers down her spine, even if she asks them not to. It’s creepy, she said. The encounters with those spirits can be as draining as they can be rewarding.

This year, Andrea began collecting haunted dolls with the intention of helping the spirits tied to the objects cross over into the afterlife. Often, helping them cross over involves seeing their deaths, or experiencing it with them. But it’s something Andrea believes in, even if the experiences are hard to reconcile with the way most other people see the world.

“It’s not really easy, I don’t like to feel that people don’t accept me sometimes or that people think I’m weird or making things up. But at the same time, I do believe wholeheartedly in what I’m experiencing. I believe in this work.”

And that, she told me, makes it worth it.