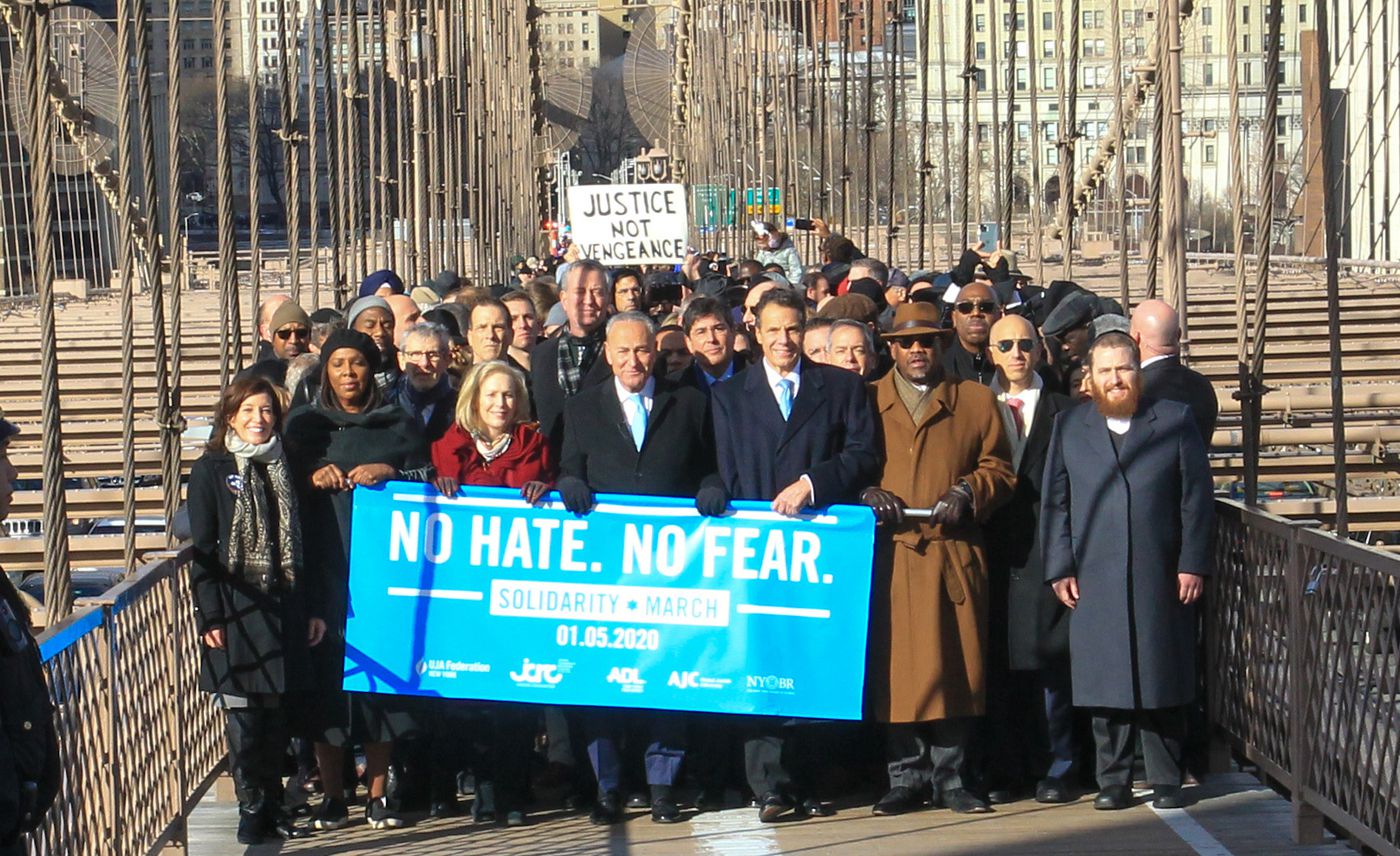 Don George, the preeminent travel writer, offers an insightful observation in The Way of Wanderlust: “Becoming vulnerable requires concentration, devotion, and a leap of faith–the ability to abandon yourself to a forbiddingly foreign place and say, in effect, ‘Here I am; do with me what you will.’  It’s the first step on the pilgrim’s path.”

American Jews have awakened to feelings of abandonment.  Our home has become a foreign place. Antisemitism is no longer something that happens over there or something that occurred back then.  It is here. It is now.

We debate the causes.  It is because American leaders resort to language which demonizes minorities.  We argue about the reasons. It is because university professors label our devotions colonial oppressions.  We blame politicians–at least those who stand in opposition to our partisan commitments. We say it is because they are unwilling to stand with us or to fight alongside us.   We debate with our fellow Jews–often even more vociferously–about their vote, telling them it is all because of who they voted for or who they plan to vote against. We hear, it is because of those Jews not our kind of Jews.

Jews are being murdered when they gather to sing Shabbat prayers. Jews are attacked when they come together to celebrate Hanukkah.  Jews are killed when they go shopping for kosher chickens. Where? Here. In America.

What once felt like a welcoming home no longer makes us feel at home.

And so, on Sunday, I joined with my wife and daughter, and twenty-five thousand others and marched across the Brooklyn Bridge.  I ran into what seemed like hundreds of fellow Jews. On Facebook, I bumped into even more friends who were also there, but were ahead of me or behind me on the march.  We walked at a laboriously slow pace. It was nearly three hours before we reached Cadman Plaza from the starting point in Foley Square.

And yet that slow walk, that march, seemed the best response to this resurgent threat.  My daughter now lives in Manhattan and my mother, the daughter of immigrant parents, spent her childhood in Brooklyn.  Walking, the most ordinary of acts, bridging that distance between then and now, between here and there, seemed a particularly fitting act.  We walked, unafraid and unencumbered, on the streets that are our home so that we can reclaim a sense of home. This is what these days demand of us.  This is what recent events require of us.

But it was hard to look away from the overwhelming police presence.  There were state troopers and city police. There were commanders on walkie talkies.  There were SWAT teams arrayed in their helmets and body armor. We walked through the pathways of our home, but I wondered, do we still feel at home?

“Abba (father), do you think this march is safe?”

I responded with what felt to be half-hearted confidence, “There is safety in all these numbers. Besides, look at how many police officers there are.”

But to be honest, all those police officers gave me the most pause.  It provided less comfort. My mind questioned and wandered. Sometimes my heart betrays me.  “Why are there so many? Do they also think I am no longer safe and secure?”

What has happened to our home?

I offer myself a newfound mantra.  “This is my home. I will not, I cannot, allow fear to rule my life.”

This will always be my home.

To march, to walk in a throng of like-minded people, is to set out on a pilgrimage.  And to go on a pilgrimage is to search for a path towards a spiritual home–sometimes real and other times, imagined–in order to recover a sense of home.

A few days before Sunday’s march, I returned from a pilgrimage of sorts.  I returned from a trek to Laos and Thailand. I realize that this is not where most rabbis celebrate Hanukkah, but my son is at present traveling the world and I seized this opportunity to meet up with him.  We walked the streets of these countries. We hiked through dense jungle to remote villages. We toured monasteries and smiled at monks. At times we appeared to be the only foreigners on a city’s streets. Never once did we feel afraid.  Never once did we feel anything but welcome.

On the eighth night of Hanukkah we found the Chabad House in Luang Prabang, a city in Northern Laos.  After the Monsey attack, we were determined to gather with other Jews and mark the holiday. Unlike back home, we did not need to pass through security.  We were welcomed with open arms and wishes of “Happy Hanukkah.” We sang Maoz Tzur (Rock of Ages). “Furiously they assailed us…” we shouted. But over there, in Laos, those words seemed a distant memory.  Looking back toward my home, the past became painfully present.

We felt this place we call home would always be different.

My son and I began our journey together in Seoul and spent a day wandering that gleaming, modern city before setting off on our adventure in Southeast Asia.  Towards the end of that day, we happened upon a sign emblazoned with Hebrew, “Segulah (treasure).” We looked at each other with a mixture of bemusement and wonderment.

I acquiesced and followed the adventurer. Eventually, we found our way to what the sign advertised.

And what was it?  A cosmetics store.  Soon, more was revealed.  We had happened upon the grand opening of a store run by a Korean church that only features Israeli products.  The serving counter offered Elite coffee exclusively. There was jewelry to be purchased and Israeli knickknacks for the home.  The store mostly appeared to be selling Ahava products.

We opened the doors and walked in.

All heads turned towards us.  Curious smiles looked our way.  A few rushed to the door. They welcomed us with open arms and soon ushered us to seats where they plied us with fruit and candies.  Eventually, thanks to Google translate, we were able to explain why we had walked into their store during its first hour of operation.  This quickly led to the revelation that we are Jewish.

Excitement grew in the air. We became instant celebrities. Everyone wanted to take their picture with us.  We were treated like royalty who had arrived for their grand opening. With great enthusiasm and fanfare, we were introduced to the pastor. Here we were, two American Jews dressed in jeans and sweatshirts, surrounded by Korean Christians wearing tailored suits and beautiful dresses, and yet, they wanted to have their pictures taken with this pair of American Jews.

Soon they found out I am a rabbi.  Even more photographs were deemed necessary.  The stores’ wares were brought over to me so that I could translate the Hebrew.  I would read into Google translate, “May God make you like Ephraim and Manasseh.”  I would then offer the Biblical references upon which the Hebrew relied. They would turn to each other with excitement as they recounted the biblical story and then offered me smiles and knowing nods.  They know the Bible. Language and culture may have stood between us. The Bible united us. Quickly, a bottle of foot cream was wrapped and presented to each of us, as we made our way to exit.

It was a surprising and unexpected encounter.  And yet, I find those brief twenty minutes in that foreign land sustaining in mysterious ways and, these days most especially, needed ways.   We felt like interlopers. And yet, we also felt at home.

On Sunday, I walked within my home, across a familiar bridge.  In my heart, I summoned that day’s chance meeting. I looked past the heavily armed police.  Yes, I am feeling vulnerable. And yes, this should not be so.

This should not be allowed to stand.

I look towards another land.  We are loved–if not here, if not now, but somewhere and some time.  After walking–in both strange lands and familiar cities–I am feeling less vulnerable.

Walking is what makes it home.

Being at home is where our feet say it is.  I will continue to walk.

I must continue to walk.  That is the leap of faith these times require.