How To Plan A Relaxed Family Conversation About Death 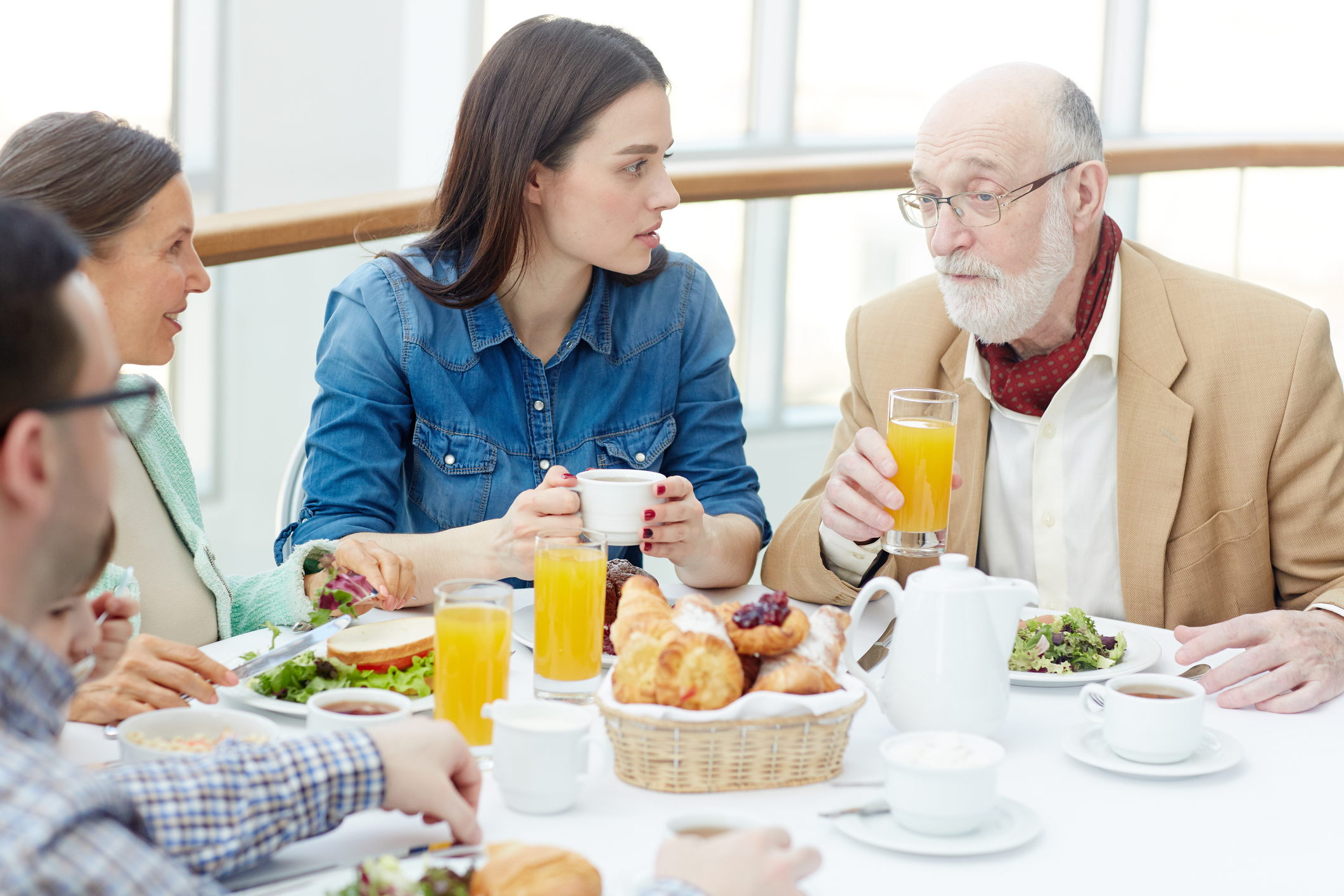 As the youngest in my family, it’s a reasonable assumption that I’ll be the last one to go. The final go. Yes, I’m talking about death.

It’s not something anyone in my family ever really discussed. We talk about issues: faith, relationships, dreams and goals, worries and fears. But the biggest fear of all — our own mortality — never seemed to come up.

That started changing when my parents turned 60. They suddenly began dropping “when we’re gone” into conversations. They asked my sister and I about items we’d like bequeathed to us. It felt weird. I wanted to say, “I don’t care about your stuff, Mom; I care about you.” But I shied away from delving into an unwieldy, uncomfortable topic.

At first. As I thought about it more, I realized this is a big deal. Our existence is because there is a period at the end of it. Those two bookends of birth and death define our life on earth. We hate talking about death, but it matters — a lot. Possibly now more than ever. Here are some reasons:

All of which is why I did it — stared awkwardness in the face and casually began organizing an event. The menu? Classic American. The guests? My mother, father, sister, brother-in-law, and husband. The theme? Death.

As the baby of the family, I might not have been the most obvious organizer for this kind of lunch, but I was the first one to say we needed to talk it out in person. No one seemed to mind. Maybe they needed it, too. In any case, the RSVP’s rolled in.

From the inevitable morbid humor to the sincere sharing of beliefs, here’s how it worked for me and how you can plan something similar.

Step 1: Research. Greater minds than mine have blazed a trail through this particularly murky territory. Two of the best resources are free and available online: The Conversation Project and Death Over Dinner. I borrowed a little from each, sending worksheets from The Conversation Project to my parents in advance and signing up with Death Over Dinner to learn how to make my event more (their wording) “convivial.”

Step 2: Ground rules. When you’re talking about something as serious as death, you have to know the boundaries. Are any topics off limits? What can you say? For us, it was anything goes, and the only rule was complete honesty. No filters. If you’re thinking something, share it.

An example from that earlier conversation between my mom and I about something she wanted to leave me in her will would look a lot different without filters.

Her: “I want to leave you my china because you’ve always admired it. Would you like that?”

Me: “I love that china pattern, but I don’t want to think about you dying. If I say I want something that belongs to you doesn’t that mean I’m wishing you gone? How can that not make me sad? When I think about this, I don’t really care about the china — I almost don’t like it — no matter how much I’ve admired it before.”

It’s not exactly a solution, but it’s a starting point for a meaningful conversation, and it’s honest.

Step 3: Food. There’s something special about breaking bread. It sets a context of kinship and safety. It’s cathartic. We eat when we celebrate; we eat when we mourn. Through all of the mess of being human, it’s a constant.

Digging into a sandwich, believe it or not, made talking about burials and wills easier. It gave a background to our conversation that was less somber than it would have been otherwise. It gave us something simple to take joy in.

The food doesn’t need to be fancy. Just have it prepared in advance so no one has to keep getting up from the table to check on something in the kitchen. Restaurants can work, too, but try a quieter time of day like the late afternoon once the lunch crowd has left.

Step 4: The Talk. No one will want to start talking. Expect that. It’s natural to make small talk first, but be sure to allow enough time to discuss what everyone came there for. We kept chatting about the meal and other things going on in our lives until my mom asked me if I wanted to begin. I had brought notes to guide the conversation, and you might want to as well.

If you’re having a general dialogue about the idea of death, fill out the Death Over Dinner survey, and they’ll send you a few excerpts to read or listen to in advance along with questions to prompt conversation when it lags. If, like me, you’re having a more specific conversation about planning for death, it’s helpful to break this complex subject down into three pieces:

End of life care: How did my parents want their last moments on earth to be? Did they want family members around them at the end? What were their thoughts on life support or nursing homes or health care proxies? And how did my sister and I feel about all of this? Through this discussion, we learned my dad was fine if family wasn’t with him at the end, but to my mom, that was important. We learned my mom wanted us to check in regularly to make sure she’s all right if she survives my dad and lives alone. We talked about the tough subjects, like dementia and having a parent move in. At times, we were even able to laugh together, giggling over a Monty Python reference or a SpongeBob GIF passed around the table. We were still just a family sharing a meal.

Funeral and related preparations: There’s a lot that happens when someone dies beyond arranging for the actual funeral. There’s notifying family, choosing a casket, arranging for the burial, and countless other details. Who’s in charge of it all? Who pays for it? And what would the person being remembered have wanted? My parents were able to share their wishes while we could share ours, too. There’s some give-and-take here, as the funeral is really for the loved ones who remain. We found ourselves discussing the price difference of various options. And that’s OK. Talking about money and death together isn’t taboo. It’s reality.

Legacy: My parents haven’t yet made a will, but they plan to. Meanwhile, they took the opportunity over lunch to explain how they will divide their estate after they’re gone and who they want as executor. We could ask questions and talk through anything confusing. When the time comes, there won’t be any surprises or unplanned squabbles. For some of the items neither my sister nor I had an interest in, my parents are considering getting rid of  early by selling or donation. In any case, they have time to think about it and all the information they need. This portion of the conversation is also a good moment to share beliefs and talk about your greater legacy: what you’re really leaving behind  beyond the stuff that fills living rooms and garages. For us, this was a good way to wrap up the lunch, putting everything in perspective.

How do I feel now that it’s over? A little relieved. But really, I think this is only the start of an ongoing conversation. We might change our minds. We might have new questions. Or we may just want to check in.

And when that happens, my table is open. Let’s talk.

Cheryl Rodewig is a storyteller. She tells stories both as a digital marketer and an award-winning journalist. Focusing on travel and intentional living, she's written for publications ranging from USA Today magazines to U.S. Army News. Her Venn diagram includes minimalism, nature, French, and the em dash.