How To Be Liked: So Easy And Yet So Hard 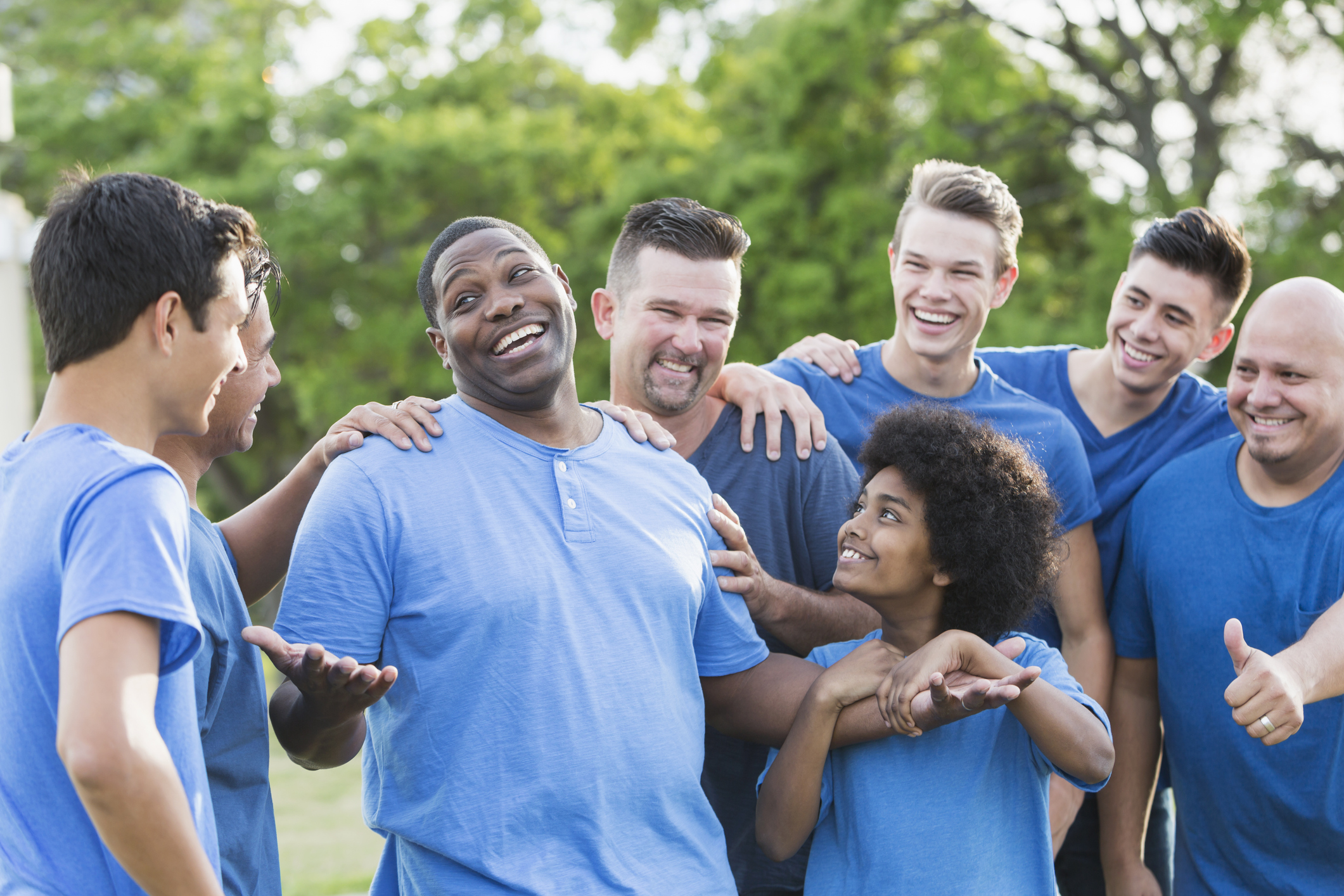 ***Please note that some names and details have been changed to protect confidentiality.***

Recently, a friend and I were walking around Harvard Square, and a man who runs an organization we’re both casually involved with waved as he passed by on his bike. “Hi, Stephanie. Hi, Jess,” he called out.

Jess looked at me and said, “Well, that was nice.”

“It really was extremely nice.”

“We don’t ask for much, do we?” Jess said, after maybe 2 minutes of pondering this little situation in silence.

I laughed. She laughed. Soon we were both laughing so hard we had to sit down at an outdoor table in the midst of all the chess players.

“It’s amazing how much one small act can shift things,” I said when I had calmed down enough to speak. Jess agreed; she knew exactly what I was talking about.

This man had often been quite rude to both of us, snubbing us when we showed up at events in favor of people he found more mainstream, or more polished, or something. We often talked about never going back, but, somehow, we always returned. The programs were intriguing and the food was tasty, but we hesitated about going where we didn’t feel 100% welcome.

And now this guy said hello to us both, going out of his way to call to us from a bit of a distance. It took very little effort and maybe 2 seconds of time, but it shifted our feelings towards him and towards the organization quite a bit. The bang per buck here was enormous: a tiny bit of time and effort shifted our feelings enormously.

Of course, the change would have to last for our feelings to last. If this man reverts to his usual rudeness in the future, Jess and I will start feeling uncomfortable and disgruntled all over again. But saying hello to us with a friendly tone looked so easy. I’m not sure that he’ll keep even this level of friendliness up, given that he usually avoids greeting us when he sees us and habits can be hard to break, but, if he values our reactions at all, he’d be a fool not to continue to invest the kind of energy we saw in Harvard Square.

This seemingly minor interaction got me thinking about the fascinating question of liking or disliking people and feeling warmly or coldly towards them. I tend to like most people, in the sense of valuing their ideas and finding their lives intriguing. But there are some who just don’t inspire my affection, who frankly make me cringe if I think I’ll have to spend time with them. I’ve been asking myself why that is.

Sometimes, people will ask me whether I like a certain person — not in a romantic way, just in a “positive feelings” kind of way… and I’ve been wondering just what that means, because it’s kind of a bizarre concept that’s hard to pin down. Who am I to decide whether I like another soul, another galaxy of thoughts and emotions? Often, the response is easy: Yes, of course! Other times, I have to think a bit, because there’s something holding me back from truly positive feelings. When the issue is meanness, my negative feelings make complete sense, but, in some cases, meanness has nothing to do with it.

Occasionally, the problem is something in the person’s manner: They’re highly aggressive, always trying to win an argument, make sure their thoughts are heard, or ensure that people know about their success. Or they’re uncomfortably loud, often laughing in a high-pitched tone that makes me nervous and uncomfortable, even if I realize the person has beautiful intentions. In cases like this, I’d say I like the person in an ultimate, soul-level sense, but don’t fully enjoy spending time with them. I don’t blame the person; often I feel that my own anxiety or sensitivity gets in the way of communing with their merits.

When I’m talking to other people about liking someone else, I often find myself, jokingly yet seriously, bringing up my crucial litmus test: “Does the person get a kick out of me, get annoyed by me, or neither?” I’m a strange person. I’m awkward; my clothing is sometimes inappropriate because I can’t stand getting dressed up; I say odd things; I have unusual interests in topics like afterlife possibilities and radical spiritual groups. When I feel someone gets a kick out of me, I feel embraced, as if they actually enjoy the things that might make me seem bizarre. If they don’t get a kick out of me but don’t get annoyed… that’s fine too. In that case, maybe the person never even noticed that I’m not exactly typical. If I get a sense of annoyance from the person… well, then I don’t like them. Even if they’re doing wonderful work in the larger world. Even if they’ve brought love into the lives of 30 abused children or donated their fortune to much-needed medical research. I can respect them; I can love what they’re doing. But if I annoy them, I can’t like them. If I annoy them, I feel rejected.

I recently had an experience that chilled me in a way that I won’t forget. The person in question broke a fundamental rule that I didn’t even realize I had until the moment it happened. We were talking about an issue, and I said that my published writing often discusses that arena. “Oh, well, I don’t read your published writing,” she said.

Now, I don’t expect anyone to read my published writing. In fact, I am honored when people do; it’s such a glorious surprise when some busy soul mentions a reaction to something I’ve written. But the dismissive tone here bothered me somehow. She didn’t say, apologetically, that she didn’t have the time. That would have been 1000% understandable. In all honesty, I often don’t get around to reading friends’ published writing. She simply said she didn’t read it, with a bit of a dismissive tone. What came next was even more upsetting. I must have gotten a pouty look on my face, or something of the sort. I didn’t mean to, but I sometimes have difficulty hiding my emotions. And then she said: “You know, I have a life.”

That completely soured me on her. It’s probably my own mishegoss. She does have a busy life, encompassing work, family, and friends. I would have been shocked if she had read my writing. So why did her comments bother me so much? I think I have a basic rule, unspoken even to myself until now: in order to like people, I need to feel that they value me. They could be doing phenomenal work, showing kindness to thousands of other people, but if I can tell they don’t value me, I won’t like them. If having a life means lack of interest in me, and I know that, I just can’t dredge up much friendly feeling. Maybe I’ll respect the person in some abstract sense, but I won’t like them. They don’t need to engage with what I’m doing beyond what I discuss with them, but if they tell me point blank that they don’t find it even slightly interesting, I will recoil.

I guess, to me, “like” implies a kind of communion. Either I actually commune with the person, or I can imagine doing it. And this can be cultivated. Show a genuine interest in me — what I’m thinking, what I’m working on, what I’m doing — and, on one level or another, I will like you (unless your interest turns into harassment or some such, but that is very rare). Show unequivocally that you’re not interested in me on this level, and the lack of interest will be mutual.

I’ve found that this basic rule has helped me to get along with other people. Very possibly, it encourages them to like me. And what’s not to like about being liked? Showing an interest in other people comes naturally to me. Whether you’re a welder or a philosopher, a nun or a married mother of 6, I will find your life compelling: just hearing you describe it, and how various aspects of it make you feel and think. Hearing you discuss yourself is a ticket to another universe: one I’ll never understand without you as my guide. I find that wondrous. I ask only one thing in return: that you find me at least somewhat interesting. You don’t have to think I’m talented or impressive or anything extraordinary. Just let me know, somehow, that you find me and my own life interesting and valuable and, almost certainly, all will be good between us. You will be liked.