How I Recovered From The Secret That Almost Killed Me 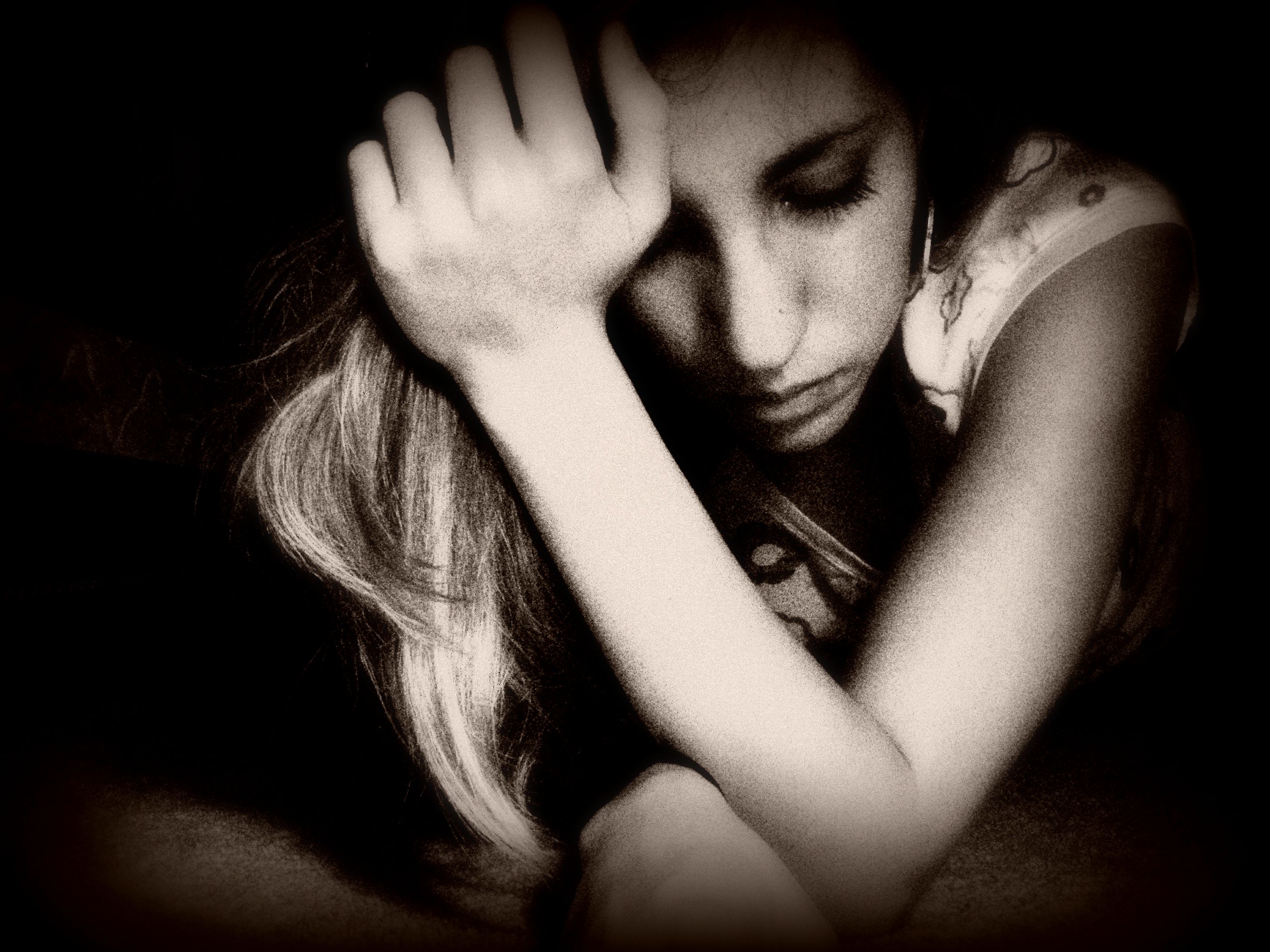 At 18 years old, I was prepared to make a lot of life changes.  After all, I was about to venture into the world of independence. That April, I had received my college acceptance letters. But then, when an unforeseen blood clot caused my body to go into septic shock, my life really did change forever.

It turned into six years before I’d ever be able to put food into my own body, rather than relying on intravenous fluids.  I eagerly waited for the day I could finally eat again, which came after a 19-hour surgery requiring three shifts of nurses and doctors.  I’d be happy, normal, and finally feel like me again. Eating food made me feel again, but it also made me remember, even the things I didn’t want to remember, things that I thought a coma had permanently repressed….like the hurt and confusion I had felt burning in my gut, but was too afraid to tell anyone about. Suddenly I was flooded with alarming memories of having been sexually abused by my voice teacher, also my godfather, for months before all this began. This huge role model in my life shattered my trust in an instant, plaguing me with anxiety that grew worse and worse until that stomach ache changed my world overnight.

My mother always used to say our secrets made us sick.  If I told a little white lie about what the latest cafeteria meal tasted like, she’d tell me that my body was really the one who’d be sorry if I didn’t eat the steamed vegetable trio of carrots, peas and cauliflower that kept Wednesday’s magic meatloaf company.  If I told her I had done my chores when I was really diving head-first into the latest Harry Potter novel, she’d tell me I’d have to live with that guilt when she ended up having to do yesterday’s laundry.  When I didn’t tell her what my friend had called me when I came home from school with a sniffly red nose and tears lining my eyelids, my mother said it’s not good for my soul to bottle up feelings so tightly.

My family keeps a lot of secrets.  In a household with three older brothers romping around, someone was always looking to stir up some good-natured sibling rivalry or pull a harmless prank.  Some secrets were more serious, I’m sure, but as the youngest and only girl, there were probably many things I didn’t know about, although I was always curious.  I remember feeling exasperated as a child, feeling extremely loved, but not very “relatable,” because of the huge age gap between me and the rest of my family.  I learned that some things made the most sense to keep to myself.

If we didn’t talk about things, they didn’t happen — even if they had happened already.

While I sensed my family kept their day-to-day “secrets,” I kept a secret far more burdensome.  When I was seventeen, my voice teacher started molesting me after promising to be my mentor, my godfather, and a man I could always trust.  I didn’t mean to keep it a secret, but I was so naïve that I didn’t even realize what a pedophile actually was.  I had no idea I was being molested and couldn’t fathom the idea of such a tremendous betrayal.  I was just confused.  Our family didn’t talk about things like that.

When I was betrayed by someone whom I really trusted, I didn’t know what to do.  I was hurt, confused, and afraid to tell anyone about these frantic, tumultuous feelings that were suddenly tormenting me every waking second.

I learned that our secrets do keep us sick.  We lock emotions, memories — any terrible things we might try to suppress — in our fragile, mortal frames. For months I kept that secret inside — the secret of something so horrific, I couldn’t even comprehend it.

My secret made me sick…all that anger, guilt and confusion. I felt it in my stomach.  And two weeks after I turned 18 years old, my stomach exploded due to a blood clot, which later was hypothesized to be caused from a stress ulcer.  My molestation was a very stressful secret.

Suddenly, my family could keep no secrets.

When the glowing baby girl of the family suddenly ends up in a coma for months and lands on the cover of every local news story, it’s hard to keep everything quiet.  If you don’t share your secrets, people will tell your secrets for you — even if they’re the wrong secrets.

As my health worsened, the whispers of others grew louder.  In an effort to stomp out concerns, theories and rumors about everything from anorexia to cancer to getting hit by a bus, my mother spoke the secret I had told her in confidence just two weeks before.  Amy was molested.

My secret leaked when I was in a coma.  In my sedated, comatose trance, it was too late for my disclosed secret to heal me.  When I awoke months later and my ventilator was finally removed, the first words I breathlessly shouted were, “It was him!”

This radical realization was overshadowed by the surgeon’s subsequent disclosure.  I had no stomach anymore, I couldn’t eat or drink, and he didn’t know when or if I’d ever be able to again.

They had kept this secret from me as long as they could but decided to tell me when I appeared “healthy enough” to hear it. But I was too afflicted by my own secrets to be saved at that point.  My secrets had made me sick.

Now it was up to me to start speaking up.

As soon as I was discharged from the hospital, although weak, worn, and still unable to eat or drink, my parents took me to a lawyer in the effort to bring some kind of closure to the massive traumas that had happened.  When you can’t fix a destroyed digestive system, you try to fix what you can and blame the nearest person you can persecute.

As we explained my complicated case and asked about the “ins and outs” of testifying in court against my molester, the lawyer looked at me compassionately and explained to my parents that I had been through so much.  Testifying would be a terribly emotional, grueling process.  What was important was that I heal physically. So this secret was put on the back burner until I got “healthy.”

Ten years have passed since my stomach exploded, and the headlines have slowly changed from “surgical disaster” to “medical miracle.”  I’ve changed from a Ms. to a Mrs., from starving for nutrition to hungry for life.  But I still have secrets, and so does my family.

Every time my father drove us to a doctor’s appointment at my hospital in New York, my dad would leave my mother and I for an hour or two.  When he’d pick us up, we’d never ask a word.  Until he started going back to the city more and more, like a secret compulsion.

After a bit of spying, we learned that my father drove right back to my voice teacher’s street every week, just pacing up and down the sidewalk, waiting for that one moment where my molester would come out of hiding and my father would, well — I’m not sure.  That’s one secret I’ll hopefully never have to find out.

My father was waiting for that final confrontation which I had given up on years ago.

My father could never hurt a fly, and has never been one to look for a confrontation. But I know that’s not what he was looking for.  He, too,was left emotionally wounded, and ached for some kind of resolution to the hurt that was caused to him, his daughter and his family.

I’ve never talked to my father about his trips to New York. We all know why he kept driving back,  but we’re scared to talk about it with him, mostly for ourselves.  Some things are easier to not talk about at all.

I still get asked why I don’t try to testify in court now or why I don’t try to confront him or attempt to expose the sociopath that changed my life forever.  I don’t think of it as a secret anymore.  I know it in my heart, and it’s my truth.  Just because I haven’t shared his name or confronted him directly doesn’t mean the universe can’t hear my secret.

To the man who molested me as soon as I turned seventeen:

I am not going to tell the world who you are.  I am not even going to tell you this directly or look for a way to get my message to you.

I’ve written a one-woman musical about my life.

I’ve painted it, sang it, yelled it, danced it, known it, felt it, mourned it, accepted it, moved through it.

I’ve gotten married.  I’ve gotten divorced.  I’ve been betrayed, and I’ve been hurt, but I will not let that destroy my ability to have faith in my future, and have my trust put in others.  It is our ability to trust that makes a rich and vivid tapestry of pleasure and pain, struggles and triumphs, trials and lessons learned.

You are my art, my theatre, my story, my growth, my lesson learned.

But you are NOT my secret.

As my mother said, our secrets keep us sick.

And your secret will keep you sick.

Amy Oestreicher is a PTSD peer-to-peer specialist, artist, author, writer for Huffington Post, speaker for TEDx and RAINN, health advocate, survivor, award-winning actress, and playwright. She works individually with her innovative creativity coaching, business, speaking, and social media courses. As creator of her one-woman musical Gutless & Grateful , the #LoveMyDetour Campaign, which was the subject of her TEDx Talk, she's currently touring theatres nationwide, along with a program combining mental health advocacy, sexual assault awareness and Broadway Theatre for college campuses and international conferences. Subscribe to her newsletter for updates and free excerpts from her upcoming book, My Beautiful Detour, available December 2017. Get your free creativity e-book at amyoes.com/create and a free guide to getting a TEDx Talk at amyoes.com/discover.