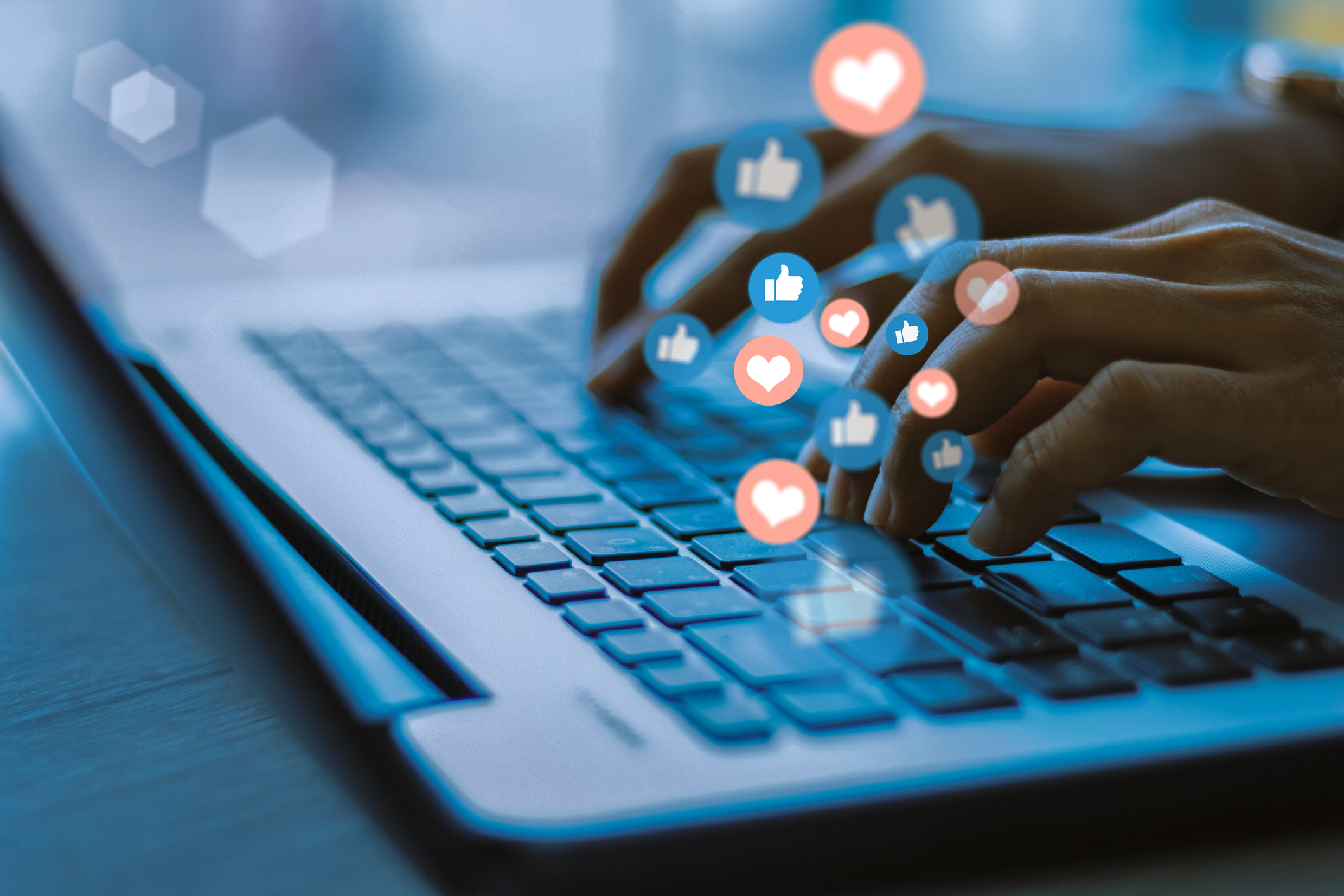 In 2016, Facebook support groups showed me what emotional intimacy is meant to look like.  I was isolated in the middle-of-nowhere Illinois, finishing up my Master’s and planning a wedding.  My estrangement from my mother was only growing with time, and in a moment of pure desperation, I asked thousands of strangers in a Jewish’s women’s Facebook group what I should do about it.

Suddenly, the floodgates opened.  I should have anticipated the hundreds of replies, the week of blinking notifications. However, more surprising were the private messages.  Too private to share, I can only offer this word medley as tribute:

As their stories filled my inbox, I marveled at their vulnerability and candor, a perfect unknown.  How could these women be sending me 5-10 paragraphs of their most vulnerable life chapters?

It wouldn’t be the first time that my Facebook groups astonished me with their way of weaving trust between strangers.  It wasn’t always the groups I expected either. It made sense that people often found a space to grieve their failed transfers or miscarriages in the infertility groups, forging deep bonds through shared pain.

But, soul connections were being had in fandom and professional groups, too.

In one unexpected moment, gifs and pictures became a discussion about accessibility and the isolation our members with visual impairment felt in being part of the online community.

In another, I found kinship with a fellow educator grieving the catch-22 of having to choose between committing more time to her needy students or her young children at home.  Her heartfelt cries of inadequacy and guilt were something many of us felt, but never talked about even amongst ourselves.

It seems that in the spaces between physical reality, we women voiced the deeper secrets we couldn’t speak face-to-face.

Was the bar for intimacy in the real-world just too high?  How long did you have to know someone in the physical world to show them your scars?  Some, like me, lived to deep-dive, forcing either soul-baring or extreme discomfort from their counterparts.  I wanted a friendship built on real loyalty and sacrifice, which is why I never regretted coming right out about my struggles with chronic depression or genuinely asking after someone experiencing grief. Yet, what of others who were less likely to fall into this personality?  Could it take them years? Could they never reach the point in which they would open up?

Maybe that was why women were so willing to reveal their stories when they saw my public cries for help.  In the world of social media, there were no prerequisites, no social hoops to jump through.  Someone asked and you answered.

Groups were not just the place where people (perhaps especially women) bared their souls in writing.  I quickly learned that in this currency of “soul sharing”, actions followed.  There was something about the way we gave of our hearts and souls in these groups; soon we were sharing our time, our money, our resources, our expertise.

There was the middle-aged mother who sent me a much longed-for book, completely free, when I posted about my desire to increase my Jewish learning without straining my already-tight newlywed budget.

There was the woman who spent an hour explaining to me tax obligations for student loans on an income-based plan after I had a 2 am panic attack over my college debt.  Even though this was her day job, she calmed and educated me through my late-night meltdown for free.

There was the newly-pregnant wife who drove 1.5 hours to wait on me during surgery because my husband couldn’t.  We had nothing between us besides both being Jewish and going through infertility treatments…. two treatments worlds apart. When I was out of post-op, she drove me home and told me about her miracle pregnancy with twins.

The culture of connectivity and giving filled me up until I too became more brazen in my actions.  I was never the kind of person who could approach a crying woman on the street or chat with a homeless man to discover the best way to help him.  I lacked that bravery and drive.  Yet, I began to have my own moments- sending funds to a stranger here, paying it forward with a free book there.

Somehow, these little acts evolved into regular check-ins to see how an online connection was feeling or how I could help out.  It brought me back to long-forgotten days of college board discussion groups, when college selection angst somehow turned into to pulling all-nighters to edit the essays of one extremely earnest senior girl in rural Ohio.  Perhaps it was an old phenomenon after all, this special way in which online groups could bring out kinship and initiative with the faceless, voiceless stranger.

Testing the Strength of Online Connections

For a long time, I unconsciously avoided any offers to meet my virtual friends in real settings.  I was genuinely terrified that the moment we met face-to-face, the magic spell would be broken.  I pictured meeting this woman I had poured my heart out to, only to stutter through ritualistic greetings and awkward silences.  My eager anticipation to see the woman I opened myself to would give way to embarrassment and shame as I realized we were only strangers caught up in the fantasy of being soul friends.  I envisioned all the things that would separate us in real life (age, level of observance, appearance) as dense, all-impenetrable walls against embracing one another as real-life friends.

Yet, I couldn’t resist the pull towards meeting them forever.  Last year, when a support group member was in town selling sheitels, I finally seized the chance to see if our bond could face the test of reality.

I waited impatiently for her arrival on a Shabbos night, trying not to feel awkward about having a stranger enter my home for something besides a Shabbos meal.  I don’t know why, but I had this clear image of what she should look like in my mind’s eye: at least 5 years older, with a low rumbly voice, and a carefully-arranged smile.

The person who came in was the total opposite of every expectation, with a teenager’s youthful face and voice somehow incongruous with her age and serious nature.  She was too quiet for a woman who ran her own business, too mature for someone 5 years younger than me.  Yet, as I sat down and let the shock wore off, the conversation floated to what had bound us together. Family struggles.  Estrangements.  The elaborate road to motherhood.  The sometimes loneliness of having a spouse that worked much more than you.

As we sat there talking more in-depth about what had been revealed in groups and private messages, I realized that we had a connection outside the bounds of time and presence.  We had created trust from nothing but the impulse to reach out and care for one another.  No stilted conversation, age, or religious differences could take that away from us.

If I never saw her again, I could still call her my friend.  We had lit but a matchbox spark of trust and vulnerability between us, but that was more than we gave to many of our friends and neighbors in a lifetime.  Our fragile selves and all the broken pieces were bared without fear.  If only relationships were always like this.  If only we held by the wisdom of Fb groups.

Sasha Balofsky is school speech therapist living with her loving husband in Philadelphia, Pennsylvania. Her two greatest passions are teaching and writing, and both inspire her to be creative and make art a big part of her life.