Heroics on a Train Yield Lessons in Courage 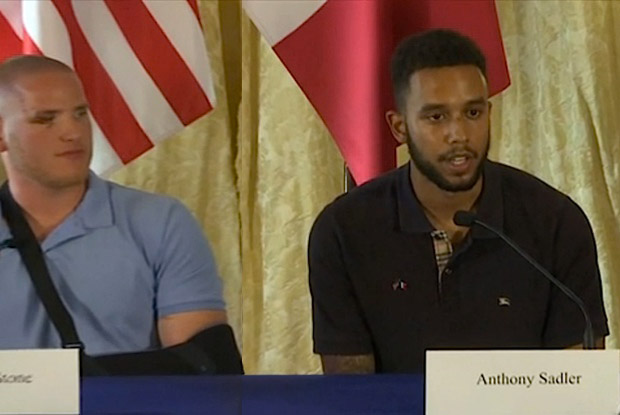 What’s your definition of a hero? Of course, there are lots of ways to describe heroes and acts of heroism, but today, three names really stand out: Stone, Sadler and Skarlatos. Like so many others, I watched the recent media reports as Spencer Stone, Anthony Sadler and Alek Skarlatos described taking down a heavily armed gunman with help from other passengers (Chris Norman of the U.K. and Mark Moogalian of France) aboard a train full of people headed from Amsterdam to Paris.

All three young Americans were remarkably modest and unassuming in their description of the events, as so many heroes often are. But I felt the words of 23-year-old Anthony Sadler (perhaps because he’s “just” a college student from California and not active military, like his buddies) really hit home:

“Hiding or sitting back is not going to accomplish anything… Don’t just stand by and do nothing. I couldn’t let them [Stone and Skarlatos] go alone.” – Anthony Sadler in Paris, France (August 23, 2015)

Sadler’s is a message that can inspire and guide us all – not only at moments of crisis, but in helping each of us make the most of everyday life, which is itself a kind of heroism (even if we don’t often recognize it as such). Heroism ? la Sadler isn’t about a grand success you might experience by acting boldly, especially as you won’t know whether you achieved your goal until after you’ve tried. Simply put, it’s about knowing three things:

Before any Buddhists or other contemplatives get bent out of shape – to the extent that they allow themselves to – I want to acknowledge that there certainly are times when “sitting back” can be a very useful choice. That said, such sitting is never meant to hide from anything. So even meditation devotees should take Sadler’s words very much to heart.

We might expect people who have been trained for combat, and have already stood in harm’s way, to spring into action when confronted by danger. But a college student?

And that’s the whole point, of course. When you take in his words, you realize that Sadler’s brand of heroism is one that’s within reach for all of us.

From a physical battle aboard a high-speed train, to the inner battles we face in overcoming challenges that creep into our daily lives, we can live heroically. And Sadler’s words point us in the right direction.