Grieving Loss Before a Death 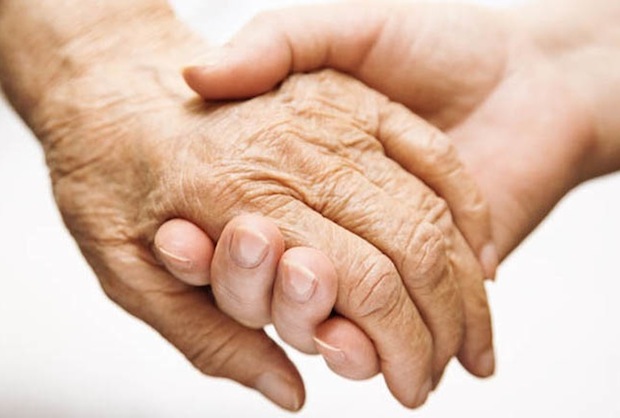 I foolishly thought burying my almost 91-year old father would have been easier than what my siblings and I went through in saying goodbye to my mother who died prematurely at the age of 68, five years ago. After all, my mother was supposed to live long enough to see my still small children grow, become Bar/Bat Mitzvah, graduate and perhaps, get married. No, she died at an age which nowadays is considered young. Her loss was devastating. It took a lot of time and work to integrate her death into my life. I still miss her dearly, but the reality of her loss is sewn healthily into the fabric of my being.

Yet, here I am again. I tricked myself into believing that this time it would be different. My father, opposed to my mother, had lived a long life. More, his past years were filled with progressive dementia. He always knew who I was, but our conversations were painfully circular and he no longer had any access to his brilliant ability to critically dissect layers of ideas. He was once a brilliant English professor who could seamlessly dissect any complex book he read, or play he had seen; and then put the art back together with new light and innovative insight. But over the past few years, he lost his filter and would say anything he felt to anybody. There was less and less of my “real” father present.

And so, as he continued to become a shell of who he once was, I began the process of mourning him while he was still physically alive. I grieved the part of him that was no longer here. I cried for the father I wanted so badly to embrace my children, his grandchildren. I mourned for the father I wanted to ask about my career and relationships. I yearned for the Papa who would challenge my ideas about the world and would lend his wisdom about the current state of politics, society, theater and film. Our relationship had boiled down to my siblings and me comforting him as much as we were able; to help him enjoy whatever life he was still able to embrace.

Grieving the part of him that was gone while he was still alive was spiritually and emotionally healthy. I felt guilty at first because I thought it was disrespectful or blasphemous. But, I realized I was just struggling with the old cobwebs of superstition. My mourning of the parts of him that were no longer here was actually good and cathartic… I would recommend it most highly to anyone in a similar position.

The shock came however, in dealing with the finality of it all, despite the fact that I had already began the process of mourning. It is not the same as my mother’s death. It is different because he was almost 91 and she was only 68. I know there are only a certain amount of years we finite beings are allowed on earth. Yet, the unique pain and emptiness that only death can bring is the same. Each morning I awake and remember like it never happened that my parent is indeed gone.

The gift I do have in having lost my mother a few years back, however is remembering that feeling as lousy as I do is completely part of the process. If I learned anything from the first time I punched my ticket to this club of mourners, it is that the only way I will heal will be to be present in my pain. Yes, I am open to the love and support, which surrounds me. But, such a significant part of my healing will happen just by allowing myself to sit with my sadness. To move on too quickly would rob both my father and me of what we both deserve. I don’t intend to dwell and get stuck. But I will try to be present just long enough in what hurts, so that I can start to see light again.

My father taught me a lot in my fifty years with him. Now, he along with my mother will teach me how to mourn and recover.