Getting Real About the Black Experience 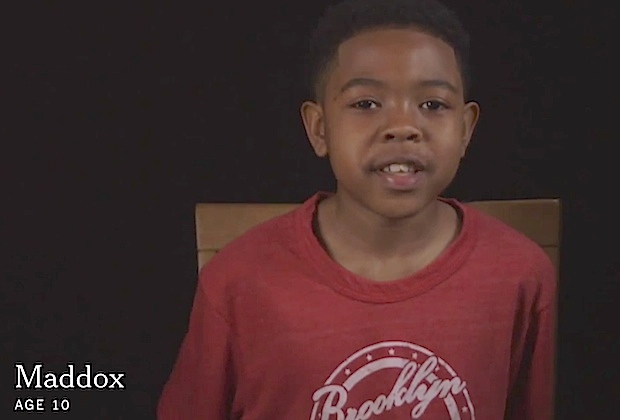 I was in Baltimore this past weekend for the bar mitzvah of my close friend’s grandson. The site of our last racial hot zone, Baltimore is still reeling from the recent unrest over Freddie Gray’s death (tourism is reportedly down; some students are turning down Baltimore universities where they’ve been accepted for 2015-’16), while at the same time, people I spoke with repeatedly told me things are returning “back to normal.”

But as I drove out of Baltimore, it struck me that I went an entire weekend without having a conversation with anyone Black. This isn’t actually surprising: Despite all the talk about our supposedly post-racial society,?recent research demonstrates that only 1% of White Americans’ closest friends are Black – and 75% of Whites in this country don’t have a single good friend who is not White.

What have we collectively done to a 10-year-old boy that he sees the need to promise he would never hurt anyone?

Race clearly still matters. We don’t have the luxury of feeling tired of the subject, after yet another voyeuristic, sensationalist 24/7 media streak covering yet another Black man unjustly killed (and the subsequent outrage). It’s our public discourse, which often devolves into the same old invectives about race and politics, that may be keeping White America from the first key thing we need to do, if we’re going to address this painful rip in the social fabric: We need to listen to young Black men.

In this five-minute video by Dr. Joe Brewster and Perri Peltz for the New York Times, “A Conversation about Growing Up Black,” African-American boys and men candidly talk about what it means to be a young Black man in a racially charged world. They explain how they feel when their parents try to shelter and prepare them for a world that’s often so unfair and biased. These boys and young men are NOT claiming to be victims. They’re just dealing with reality. But it behooves us to ask, What have we collectively done to a 10-year-old boy that he sees the need to promise he would never hurt anyone?

With studies indicating that unconscious racial bias can already be present in four-month-olds, it’s a good exercise for White listeners to ask: If we did not hear these “articulate,” “thoughtful,” “intelligent” men speaking from their hearts, would we stereotype them in just the ways they explain?

As we debate the headlines about young Black men dying and police brutality, from Baltimore to Ferguson to Staten Island to Cleveland, we need a conversation about race. One that takes us beyond the conservative call for personal responsibility (“pull yourselves up by the bootstraps”) and the deflective pivot of talking about Black-on-Black violence, on the one side, and beyond the liberal call to address structural, economic, political and legal inequities on the other. We need to dare to open up and listen to those most affected.

Curing the disease of racism is not about changing hardcore racists. It’s about the vast majority – the silent majority (most of us in this country) – understanding the lived experiences of our fellow human beings and citizens. Our minds are not changed because of intellectual arguments; as important as such arguments are, they come later. We change once we identify and empathize with the pain and the humanity of the other.

We need thousands of versions of this film. We need thousands of Americans not yelling and arguing about race, but (as modeled in this film) “witnessing”- sharing their stories in schools, houses of worship, community centers and on social media. New solutions will not emerge from ideological debates, but from stories that open minds.

Our moral horizon on race has expanded over the past decades. The next level – addressing our unconscious bias and finding new solutions to insure equality in all its implications – will not result from predictable ideological debates. Rather, it will require transforming hearts. Stories transform hearts.