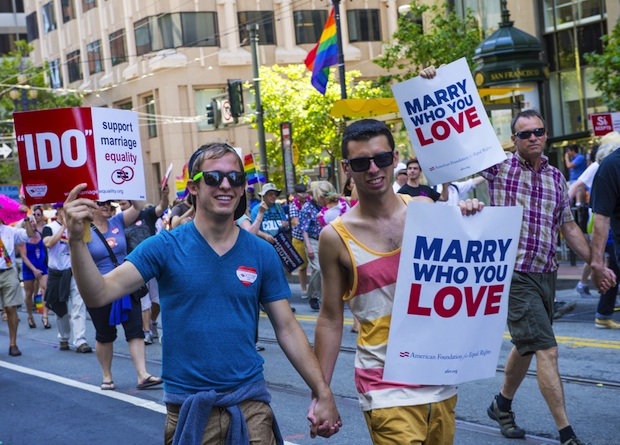 Whether or not, as the saying goes, Virginia is for lovers, now that the 4th Circuit Court of Appeals has overthrown the state’s ban on gay marriage, it will at least be for those more inclined toward marriage, including same-sex couples. But perhaps more interesting than the decision itself, which I admit I support, is the thinking that animated Judge Henry Floyd, writing for the 2-1 majority.

The judge’s decision is striking because it speaks to something far bigger than the issue of same-sex marriage – as if that were not a big enough issue already. Judge Floyd addressed something which shapes how almost all of us make decisions about any important issue in our lives. He wrote:

“We recognize that same-sex marriage makes some people deeply uncomfortable. However, inertia and apprehension are not legitimate bases for denying same-sex couples due process and equal protection of the laws.”

Of course, those sentences fall toward the end of Floyd’s 46-page decision – one which focuses far more on very specific, and quite technical, issues related to the case. So nobody should imagine that the judge simply fired off an opinion based on his views regarding human decision making. But even if he had, it’s hard not to appreciate the wisdom of his observation quoted here.

How often do each of us find ourselves driven by inertia and apprehension? How often, especially as we contemplate a complex decision – one without a guaranteed outcome and almost certain costs associated with whatever path we choose – do we simply give in to the status quo or our fears of what might be if we go a new way?

Don’t get me wrong, I am, fundamentally (no pun intended) a deeply traditional person. For me, inertia and the positive power of inherited ways of doing things, can be quite valuable. And there is no doubt that in picking a largely uncharted path in whatever journey we are on – whether as a nation or as individuals – we could be creating some real problems for ourselves. I get all that. But I also get that not acting, not making bold decisions or doing things that take is beyond our comfort zones, can be at least as problematic.

I am also moved by Judge Floyd’s awareness that making inertia-based or apprehension-based decisions for ourselves is one thing, but it’s quite another thing when those fears and apprehensions abridge the decision-making of others. Being aware of who pays what price for policies we want, is at least as important as the policies themselves. Or as my father used to say, “it’s easy to order big when someone else is paying the bill”.

Judge Floyd’s decision will hardly end the debate about same-sex marriage. In fact, it will probably inspire further litigation. But when it comes to thinking about how any of us makes tough decisions, we can all learn a thing or two from this 4th circuit Judge. A little less inertia and a bit less apprehension would probably do us all a world of good, whatever we think about gay marriage, and most anything else.