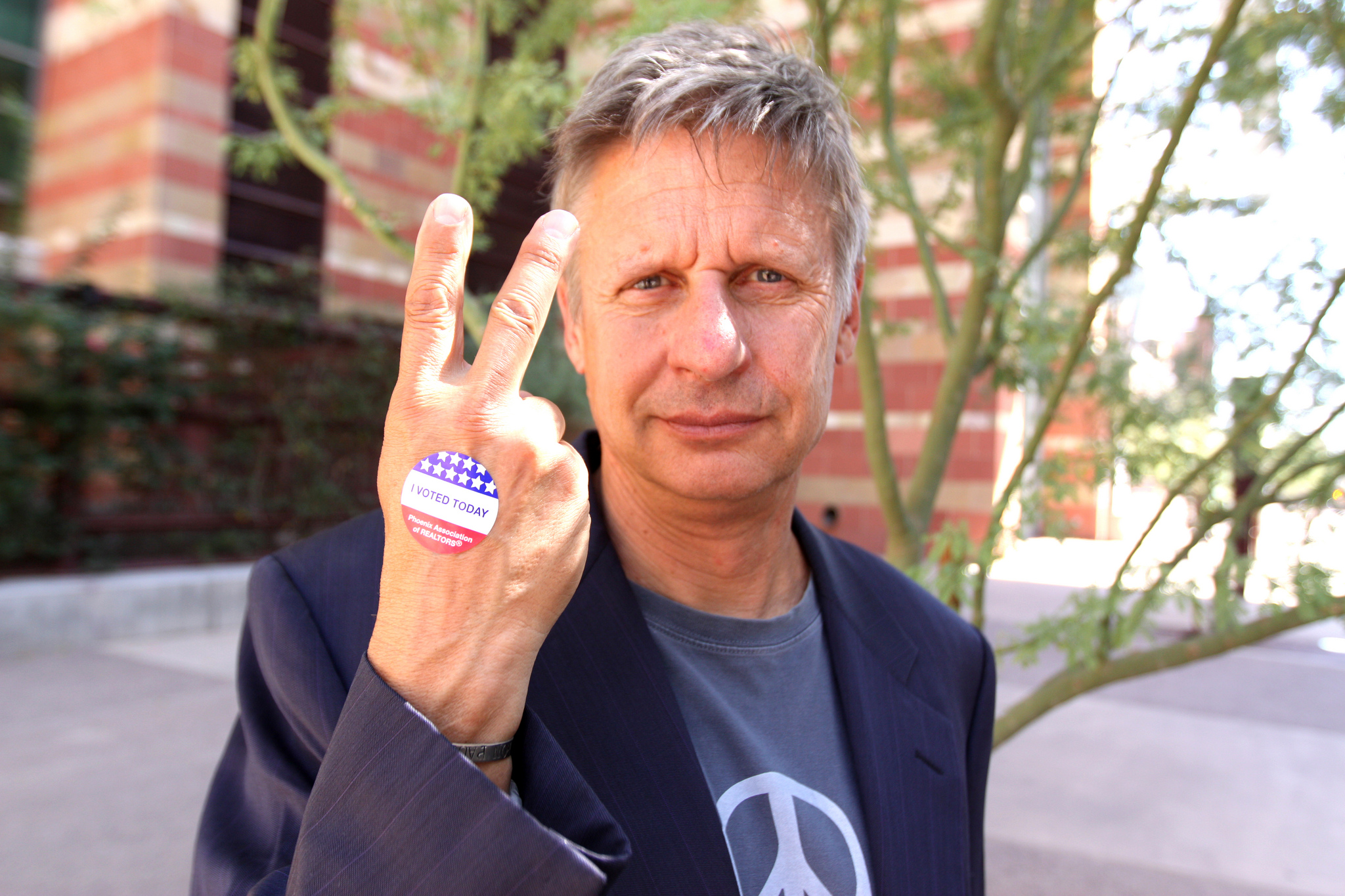 It’s not that I am troubled by Johnson’s absence from the stage last night, as much as I am fascinated by his presence in the race.  It’s not even that he has no chance to win, which is not necessarily a reason not to run.  “Running to lose” is an old American political tradition in which the run itself is meant to either better position the candidate for future races, or to make some larger point for the public.  That kind of long-term strategic thinking, in the first case, or the pursuit of principle if not victory, in the second case, are both kind of inspiring.  In fact, there are lessons to be drawn from both of those paths.

Unfortunately, neither seems to be the case with Johnson, but there is a lesson for us in that as well.

I am talking about the dynamics of seduction, or to be more precise, self-seduction.  I am talking about how often, and often with the very best of intentions, we seduce ourselves away from achieving what we say we most want to achieve.

Gary Johnson cannot win this race, and has spoken passionately about his objections to Donald Trump becoming the next President of the United States – far more passionately than he has spoken out against the prospect of Hillary becoming our next President.  Given that all polling indicates that Johnson’s presence in the race only serves Trump, you have to wonder, why is he staying in.

Why is Gary Johnson working against his stated preference?  Why cannot he not make the move from ideal to best possible outcome?  Why and how do any of us end up make perfection the enemy of good enough, especially when doing so, so often results in neither?!

Enter self-seduction.  Since I presume the best about his motives, as I try to do with almost all people, in almost all situations, I can only conclude that this is one of those situations where principle becomes a genuinely self-defeating, if not really dangerous, commitment.  With the best of intentions, Johnson has seduced himself into continuing not only toward electoral defeat, but even against his own self-interest!  It reminds me of The Trouble With Principle, a wise and powerful book by Stanley Fish.

It’s not only a great book which will help you understand Gary Johnson, but far more importantly, help you understand how we often seduce ourselves, both as a nation and as individuals, in the name of otherwise elevated ideas and ideals.  Don’t get me wrong, I think of myself as at least a bit of an idealist, and always hope that I live in light of good principles… at least that is my goal.

But as I watched the debate last night, especially who wasn’t on stage, I could not help but remember that even principles and ideals have limits.  Gary Johnson seems not to appreciate that, and unless his campaign is nothing more than an exercise in vanity, which I doubt it is, it is a powerful reminder to all of us about the trouble with principle and our proclivity toward self-subverting seduction.  Something we need to be thinking about, both in our own lives and in our nation, regardless of who is the next president, no?