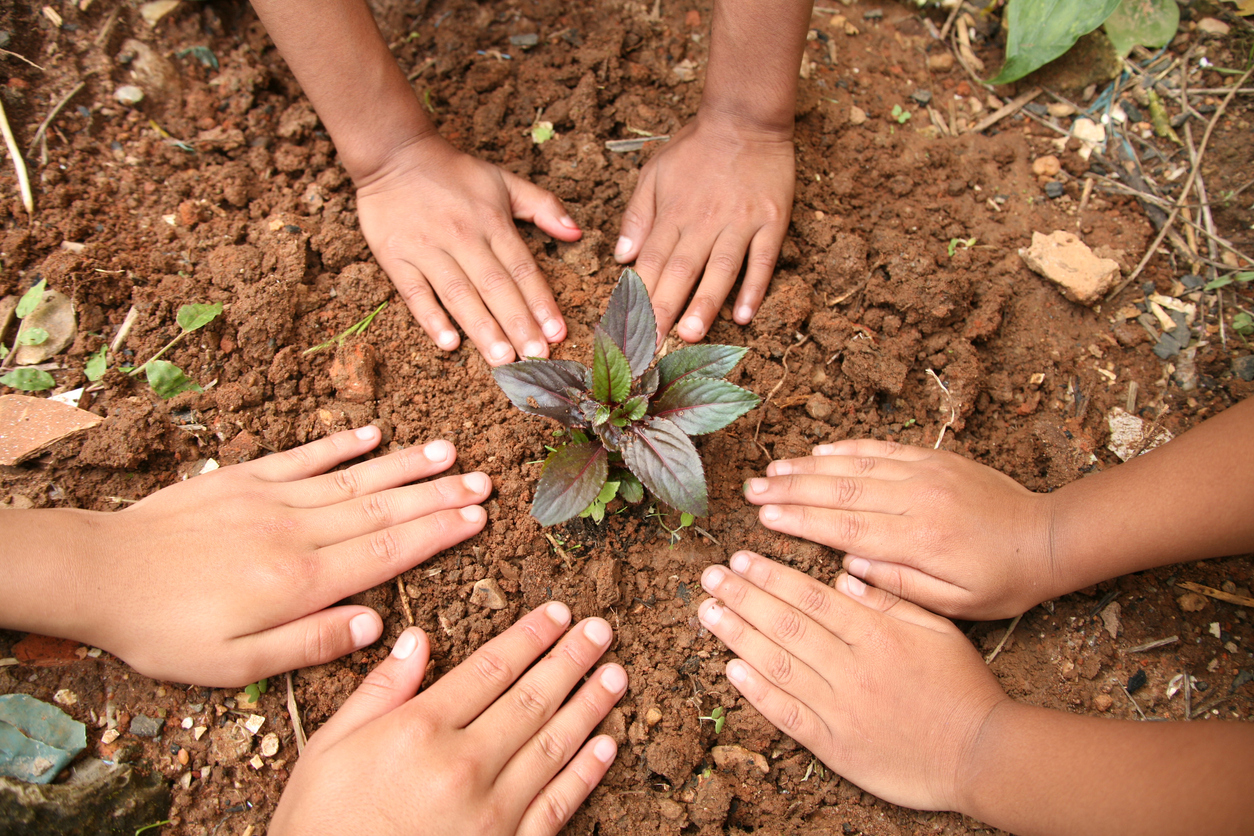 We recently moved to an apartment with a large terrace and all these huge old flower pots that were filled with the dry soil and stumps of dead trees and plants. It was clear that the owner of the apartment once had a stunning garden, but none of the past few tenants had kept it going.

Slowly, week by week, we removed the brittle dead roots. Then, last Friday, the day before the horrific massacre in Pittsburgh, I decided today was the day I would finally garden. I made my way to a plant nursery and, like a kid in a candy shop, bought tons of plants with brightly colored flowers of all shapes and sizes and origins. I bought 50 liters of fresh soil and planted the new plants one by one, mixing the new soil with the old. My kids looked on with curiosity at their mad-looking mama, sweaty and covered in dirt. I managed to finish with just enough time to shower and change and walk with my family to Shabbat dinner at the home of new friends.

The couple had made aliyah to Israel many years ago, one from Brazil, the other from Australia. Like us, and many people in the small city of Rehovot (where we currently live, and where I was born), their kids are learning multiple languages. At the playground you can hear a mix of Hebrew, English, Russian, Spanish, Portuguese, Tagalog, and more. My terrace garden is filled with plants from around the world, arranged side by side, colors and shapes complementing each other. This is the only arrangement that makes sense to me.

I was born in Israel and raised in New York. My husband was born in Los Angeles and raised part of the time in a small town in Baja, Mexico, later returning to Santa Ana, California. Our children can count among their ancestors: my Ashkenazi Jewish great-grandparents from Poland and Russia, my Yemenite grandfather, my Sephardic grandmother who was rescued from the Holocaust and brought to Palestine/Israel from Yugoslavia, a Mexican great-grandma, a great-great-great grandfather who was a Portuguese ship captain, and a great-great-great grandmother from the Yaqui Indian tribe of Northern Mexico.

I imagine all these ancestors coalescing in my children’s beautiful faces. I imagine how many ways they will learn to answer the question: Where are you from?

The world I live in has no borders. We are human. Our hands are covered in soil, from the places we’ve been and the places we’ve arrived at. We renew the earth with each breath, each child, each moment of opening to the sun. I may be powerless to abolish the arbitrary borders that divide us from each other, but I stand firm where I am, with my people, who are all people. I refuse to look with suspicion on the Other. In fact, stranger, when I look at your face, I see my own distant ancestors. They are from too many places to name, some places that no longer exist, which may have been imaginary countries, because all countries are.

Do not believe in us and them. Do not growl at the border someone else drew in the sand. Place your hands in the dirt and plant something new. This is how we survive. By seeing the face of God in the stranger, in yourself. Humble yourself before your fellow humans. Love them like your life depends on it, because it does.

Hila Ratzabi is a poet, writing coach, freelance editor and the editor of Ritualwell.org. She holds an MFA in writing from Sarah Lawrence College, and currently lives in Rehovot, Israel.