Failure Is, in Fact, Always an Option 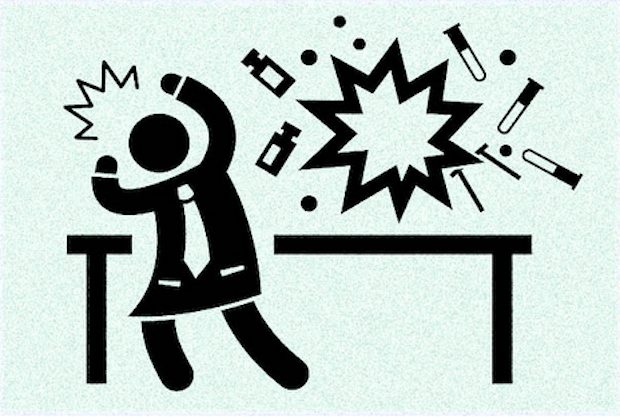 The world of psychology was recently shaken to its core. Since science is based on testing and retesting hypotheses, several researchers sought to replicate some of the key findings from three prestigious journals, on topics like free will, emotional closeness and finding a romantic partner.

Rather than finding that additional studies confirmed these hypotheses, these researchers found that less than half were replicated successfully. As reported in the New York Times:

“The vetted studies were considered part of the core knowledge by which scientists understand the dynamics of personality, relationships, learning and memory. Therapists and educators rely on such findings to help guide decisions, and the fact that so many of the studies were called into question could sow doubt in the scientific underpinnings of their work.”

You might think that the scientific community would be upset about these findings. And on some level, yes, they are. But there is also a sense of relief and even appreciation. As Elizabeth Gilbert – a graduate student who ran one of the studies that didn’t replicate – remarked, “I’m really proud of our field for trying to push forward to make our science better.”

Why would she feel that way? Because experiments either succeed or fail, and either result is something to learn from. As Adam Savage, co-host of the science series MythBusters, often says, “Failure is always an option.”

Brene Brown is the author of the new book Rising Strong and in it, she examines how we can learn from failure. In a review, blogger Melissa Dahl offers this suggestion from Brown’s book:

“Take a good, long look at whatever it is that’s making you feel like a failure. Explore it from as many angles as you can, and ask yourself questions about it until you get a better handle on what happened…

This is an exercise that can sometimes be rather unpleasant, because you very well might not like the answers you come up with. (What if your co-worker on a way-past-deadline project really isn’t fully to blame, and you’re part of the problem, too?) It’s something Brown calls ‘the reckoning,’ using the term the way it’s used in navigation: ‘Dead reckoning’ is ‘the process of calculating where you are,’ she writes. ‘Without reckoning, you can’t chart a future course. In the rising strong process, we can’t chart a brave new course until we recognize exactly where we are, get curious about how we got there, and decide where we want to go.'”

So yes, failure is hard. Failure is scary. And failure is unpleasant. But without failure, we can never reach success. After all, life isn’t about being perfect — it’s about being a little better tomorrow than you are today. And failure can get us one step closer to the person we want to be.

After all, if we can learn that “failure is always an option,” then we’ll be that much more willing to step up and try again – and maybe even succeed.