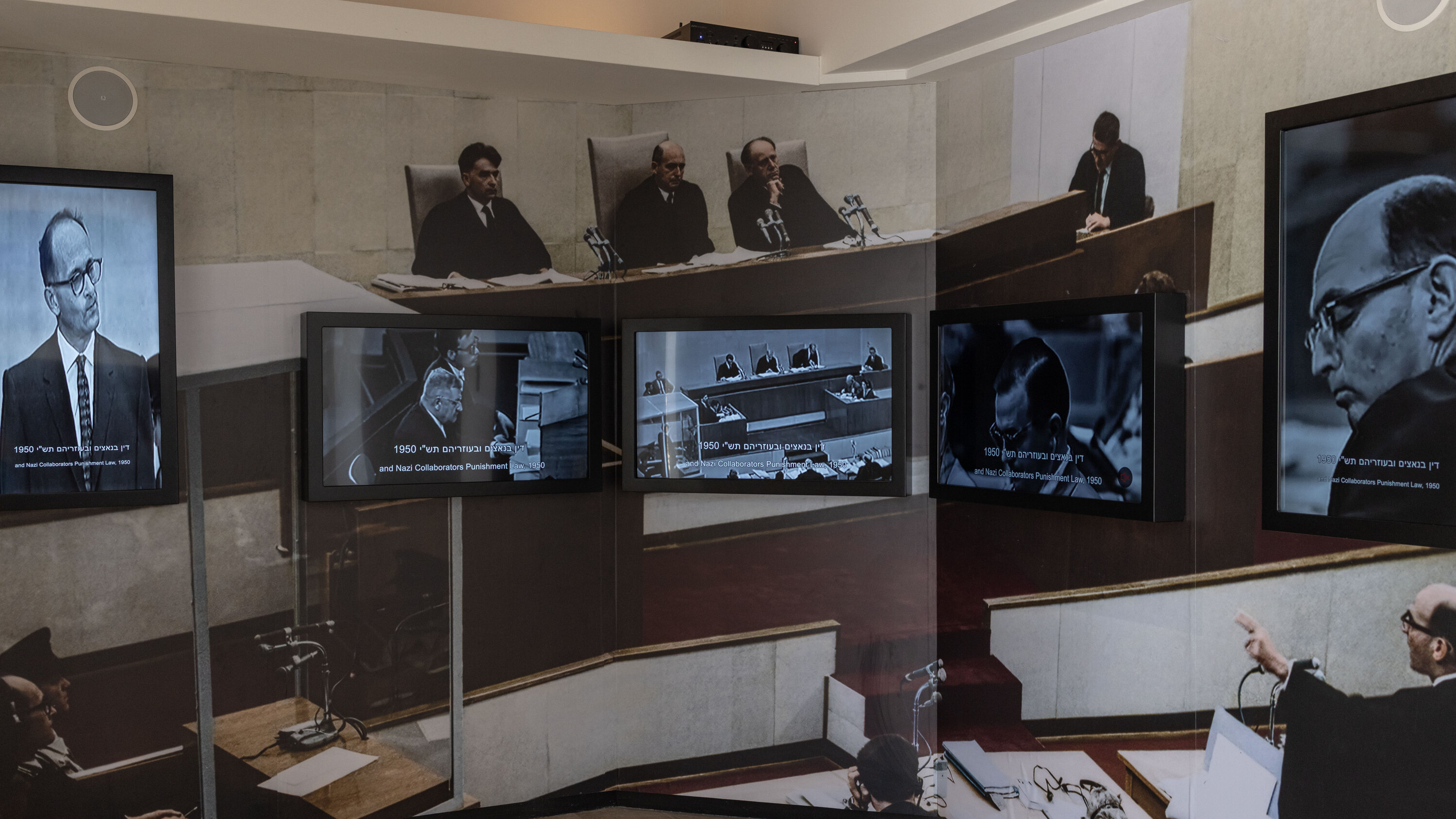 The voice of Adolf Eichmann is on my radio. Not the famously detached Eichmann in a glass booth at his trial. The voice of Eichmann from 4 years before, in his own house in Buenos Aires, speaking with undisguised pride at his accomplishments as the chief architect of the Final Solution, the mass murder of 6 million Jews and the attempt to eradicate the Jewish people in the name of a fanatical commitment to the superiority of the Aryan race and conviction that Jews constituted a grave threat to the purity of his sacred bloodlines.  That is to say that my people, my family, me, and my children must die,

This voice of Eichmann speaking in German to a fellow Nazi supporter of the Reich is on NPR as I drive to a meeting to help plan a Simcha, a joyous occasion, and it takes me a good couple of miles before I can shake the ugliness of the sound, excerpted from a new documentary based on these recordings.

The documentary by Yariv Mozer promises to be quite powerful. The interview with him and Meghna Chakrabarti (here on WBUR) emphasizes how this new film, The Devil’s Confession, reveals a Nazi voice rarely heard.  Not the splenetic shouts of Hitler in a stadium, the remorseful justification of just following orders, or the denial that the worst is really true, but the forthright expression of pure hatred for Jews with no remorse or denial of the worst actions taken by the Third Reich with a desire that credit is given where credit is due.

This portrait of Eichmann is radically different from that of the clueless functionary that appeared at his trial and was most famously labeled as the “banality of evil” by Hannah Arendt. Chilling as Arendt found the prospect of a mass murderer with little animus, Eichmann was no such thing.  In fact, from Eichmann’s own words in 1957, he makes clear how ludicrous it is to deny his deep-seated hatred for Jews.  His decision to adopt the mild-mannered bureaucratic persona rather than use the very platform of the gallows to trumpet his abysmal creed was just a cowardly ploy intended to save his own miserable life.

While hearing Eichmann’s voice, The Confession of the Devil will not impress Holocaust deniers or stop those who diminish the historical atrocities he helped perpetrate, this documentary dismantles the pervasive belief that the Holocaust was made possible by administrators loyal to an ideology than by racist murderers unleashed. Indeed, Eichmann and all of Hitler’s underlings were nothing but depraved butchers. Never banal. Always evil.