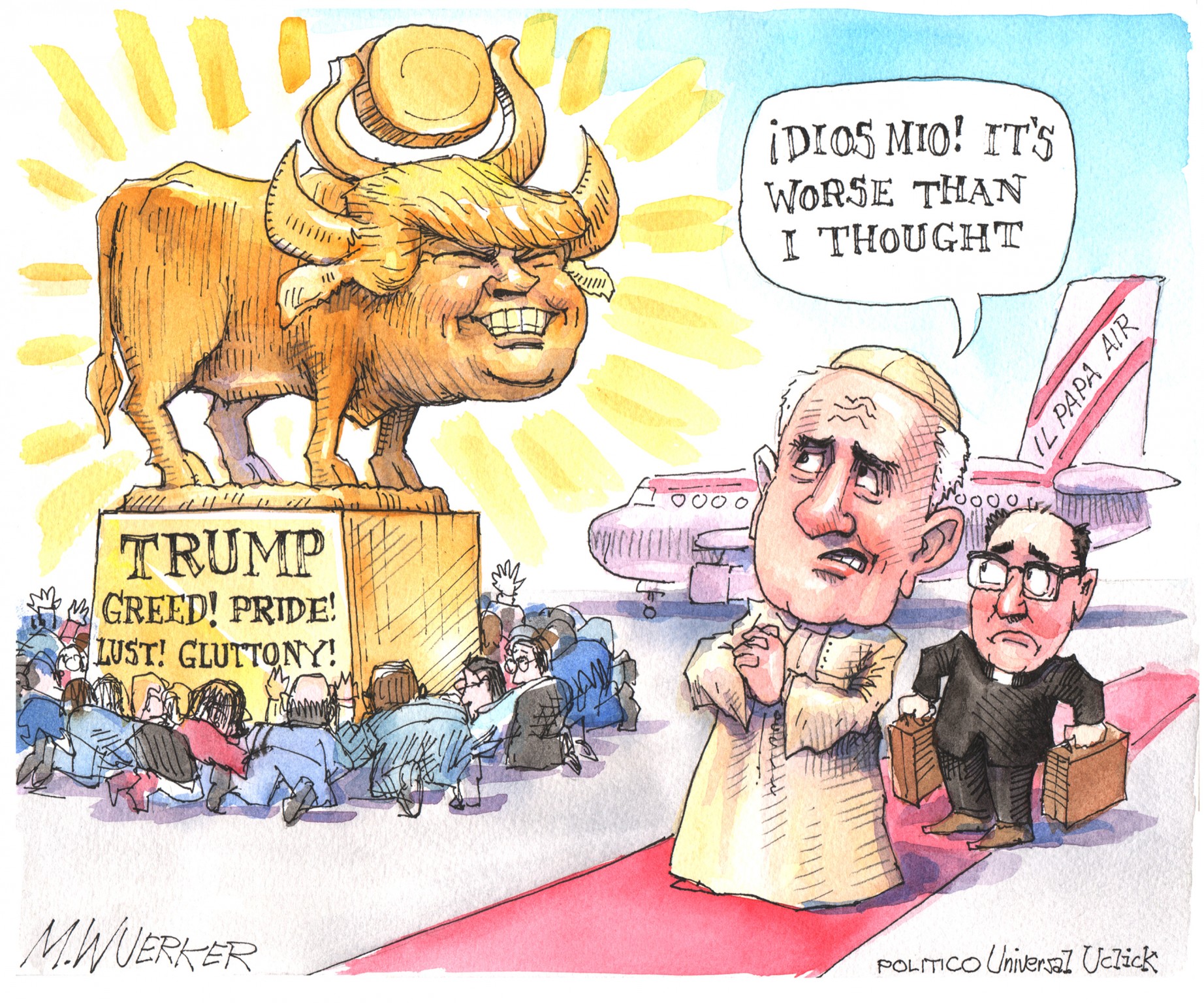 American society is mystified at the state of our political machine.  Do our eyes deceive us?  Or has the shit-show of Donald Trump’s candidacy for president been as degrading to American culture as we feel it to be?  The man who sits atop our nation’s polls for president has injected more crassness, hatred, and divisiveness into our society than anyone else in recent history.

And though this phenomenon has been shocking – it is not inexplicable – the answer lies within each of us.

Let’s think through the fundamental question of a presidential election.  When we think about whom we’d like to cast our ballot for, we’re asking who would fare best as our president.  But we often give ourselves more credit than we deserve; in my opinion, we’re far more self-centered than we like to let on.  So when we ask that question: Who should be our president, we’re really thinking – who should be the president of me?

Who should be the president of me?

That’s the question that each American is asking when they cast their vote.  But what I hear, beneath the question’s meaning in the political atmosphere, is a far more vulnerable question, an internal questioning within the heart of every voter – Who am I?  Of all the personas that make up ME – which one should I elect to lead?

When we reframe the question that way, it’s obvious to me why Donald Trump has been so successful.  He is the Golden Calf.  Human beings, for all of our technological sophistication, have not attained any great measure of self-realization; we still bow to the same false gods – money and power.  That’s the Golden Calf – a giant statue of a mighty bull-god, made entirely of gold.

Some part of each of us would like to be Donald Trump.  We believe wealth and power might provide better answers to the question – Who am I?  That’s why a golden calf stands in the place of a prophet.  Moses was gone too long; and in the absence of leadership, the base instincts of the mob seethe.

In a folkloric re-telling of the story, someone grabs a smith’s hammer and bashes the idol’s head in!  He says to the people – look, there’s nothing in here!  You’re worshipping a façade of leadership, not the real thing.  I think our golden calf, Mr. Trump, could use the same treatment.  Someone needs to open him up, and present the emptiness within to the American public that they might see the worthlessness of the god they serve.  Inshallah.

Only one question remains; though now we know, the question points inward and out.  What are the soul-marks of great leadership – in you and I, and upon that stage?