Did God Send Me The Answer To My Prayer Via Boat? 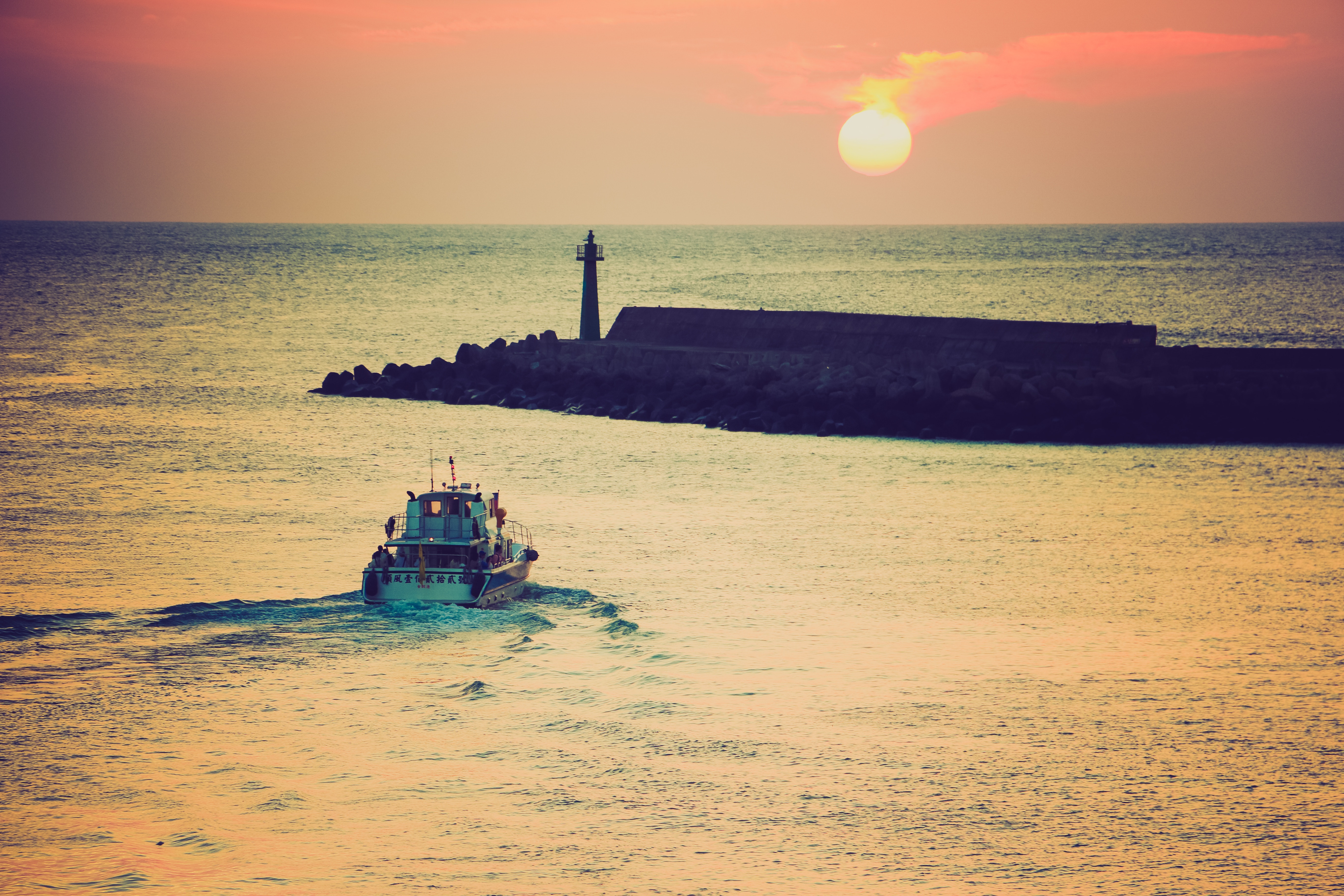 I couldn’t see anybody on the boat, no matter how hard I strained my eyes to see across the sun-shattered water. There was no movement on deck as it slid across the line where river water met ocean waves. The family that headed out on the softly wrinkled waters of Charleston harbor that day didn’t know they would change my life.  They still don’t know, although I hope they got a mountain of blessings in return for the one they gave me.

There was just enough wind to keep the heat from building up so much that it blurred your vision.  A perfect day on the water in a perfect city.  Bill and I were there to make a decision.  The point on the Battery in Charleston where the sidewalk comes to a corner is the perfect place for that.  The sky meets the water in a wavescape broken occasionally by a hungry pelican diving for dinner, a passing pleasure craft, or, if it’s your lucky day, a dolphin or two.  As we gazed out on the ripples, a long nose and then a fin broke the surface and we grinned and pointed and clapped like kids.

Two years earlier, on a day every bit as balmy and golden as this one, a company buyout downsized our Quality Assurance department and eliminated my job.  I packed my belongings in two battered boxes that I found in the dumpster, carried them to the car, and sobbed all the way home.  But, during the months that followed, I had the opportunity to do something I’d never done.  I got to be the first one my two boys saw when they skipped out of school each day.  I was their ride home, their day care, their hands-on Mom.  I gave them afternoon snacks and helped with their homework until their fourth grade modern math overwhelmed my Renaissance English Major brain.  I got to attend book fairs and volunteer in the school library.  When I brought Son Number One curly fries from his favorite fast food joint and had lunch with him at school every week, his friends crowded around in envy, enticing him to share.  This Mom thing was a pretty sweet deal.

So why does real life have to interfere when you’re having fun?  Even though half of our income was missing in action, companies still gleefully bombarded us with bills.  It seemed to me that creditors competed every month to be the first to get their invoice in our mailbox.  By the time the second year swept past, Christmas, birthdays, and requests for field trip money were causing worried looks and deep sighs.  Bill constantly ran his hand through his remaining strands of hair, and his eyebrows huddled together like the losing team at fourth and goal to go.

Our credit cards were showing signs of stress fractures.  I could stay at home and take another whack at cutting costs, or I could go back to work and avert a financial crisis.  I’ll admit to a somewhat unrealistic attitude.  I longed for the road most traveled by school buses packed with kids and moms in minivans.  I liked the trick I learned of knowing exactly when to leave the house to be first in the school pickup line.  I liked being the one that said, “How about a cold one?” when I handed my sons a chilled juice box.  And I loved the lift in their faces when they came out of school and saw me sitting there, right where they expected to find me, in my little red car.   How I wished that car were paid for.

That day, as Bill and I leaned on the railing and watched the wavelets smack the crumbling brickwork of the historic structure, we held hands and asked God if my full-time Mom tenure was at an end.  We both got the feeling that my path led back to the workforce, but somehow we also knew that, even though returning to an office would be tough, God would watch over my path.   Bill squeezed my hand as we squinted into the sunshine and sent me a tender, “Are you okay?” look.  I shrugged and smiled a tiny smile and blinked really fast.

That’s when the little cabin cruiser made its steady way across the harbor.  It wasn’t fancy and it wasn’t the sort of craft to break any America’s Cup record.  It just proceeded steadily on course, marking its sure path across the choppy harbor.  Wishing that we could hop on that little boat and cruise away from our worries and cares, our eyes followed the small vessel’s journey as it passed the point and continued steadfastly toward its destination.  Nobody was visible on deck. I squinted in the sunlight as the name of the boat slowly became visible, painted primly in dark block letters.  Suddenly I drew in a sharp breath.  Bill and I looked at each other and laughed.  The little boat bore its name with assurance:  The Answered Prayer.

When we got home from our trip, there was an e-mail waiting in my inbox.  It was from a friend who was quitting her secretarial position with a church to accept another position.  They asked her to suggest somebody and she thought of me.  I never thought of myself as church secretary material, but I interviewed.

Now I work part-time for a friendly church in a tiny town.  When a bad cold kept Son Number Two home one ragged winter day, he spent the morning curled up under a blanket in a big, padded chair in my office, sipping hot chocolate served to him by a smiling pastor.

The people of the congregation know my sons.  They’ve celebrated their birthdays and rejoiced in their accomplishments.  Going to work didn’t take me away from my children.  It gave them an extra family.  It’s comforting to know that sometimes the answers to prayer come Special Delivery on a boatload of angels.

Amy Mullis lives and writes in South Carolina where she serves a local church as Administrative Assistant. Her work has appeared in The Christian Science Monitor and Sasee magazine as well as Chicken Soup, Ultimate Series, and Cup of Comfort anthologies. She has earned Honorable Mention in the Erma Bombeck Competition.