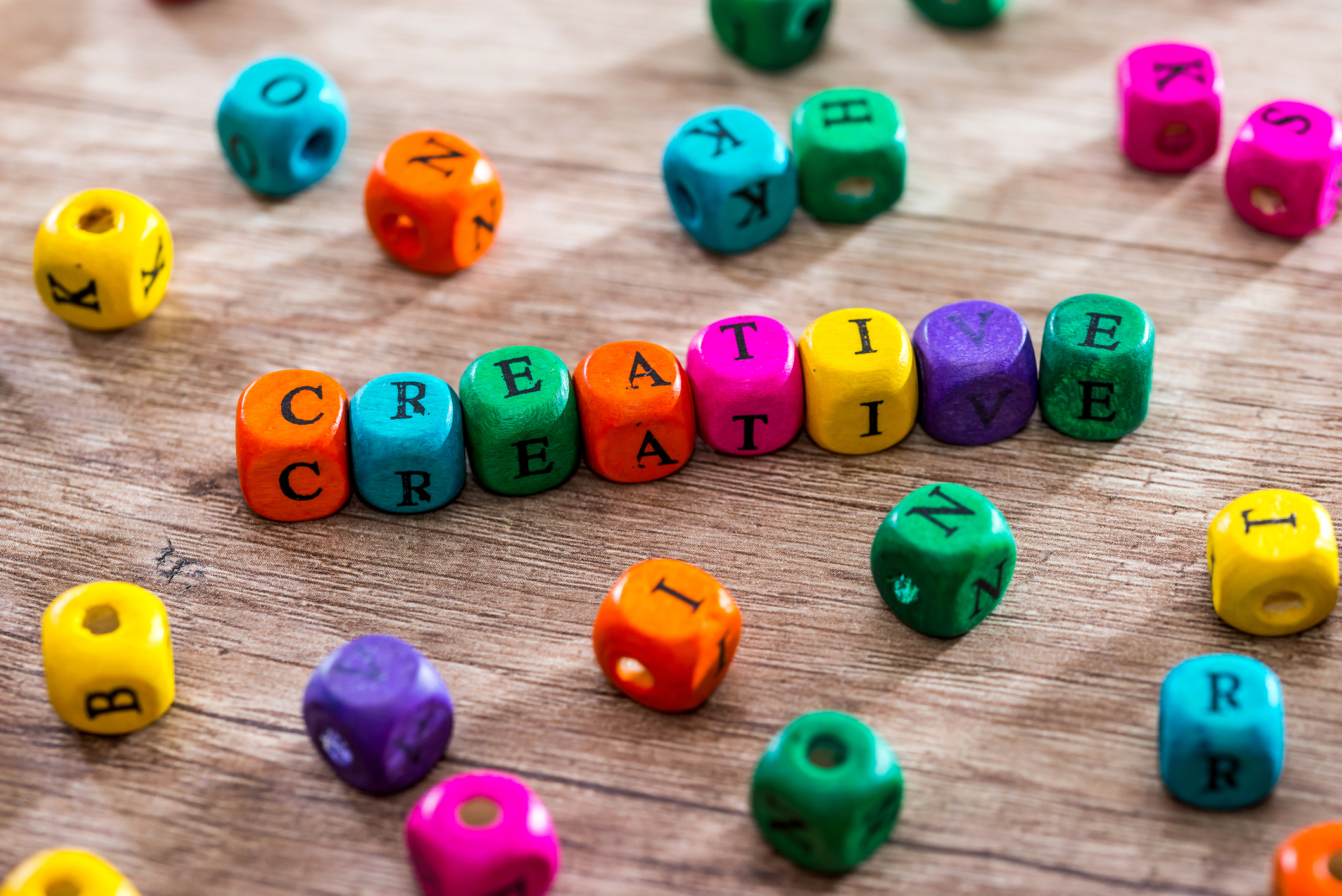 Freedom of the mind is the bedrock of all freedom. Maintaining a certain distance from the thought processes surrounding you allows your unique soul to find its own rhythms, desires, and inclinations. Don’t misunderstand: other people, other minds, can teach us an enormous amount, and we should be open to them and learn from them whenever we can. But learning from others and merging our thought processes with theirs are profoundly different phenomena. You have your own spark, your own perceptions, your own unique way of processing your internal world and the happenings in the world around you… but if you don’t nurture these qualities, they can be squelched and hidden.

One way of tapping into your unique mindset is to create your own words, capturing your own ideas in ways that codified language created by others can’t manage. But language is for communication, so the next step is to share those words with other people, in hopes that your neologisms might resonate with someone else. If they do, you’ve come full circle: representing your unique mind and connecting with others who may have similar perceptions. Teachers might challenge students to create their own words and share them with the class, to hone creative thought process and linguistic sensitivity.

Here are some of mine. Some may resonate with you; others may not. In many cases, they capture problems to be solved, and, in the spirit of sharing wisdom, I’ve explored ways to solve them. Read them, enjoy… and maybe come up with some of your own. In addition to plumbing your own mind to capture its perceptions clearly, this process can be healing. New words to describe disturbing or festering problems can bring humor and a sense of agency to all kinds of situations. So here goes….

Partypounce. Verb. To latch onto someone at a party or gathering, attempting to force engagement in a situation despite obvious resistance, unhappiness, and/or marked annoyance. Sentence: He partypounced me at the dinner, tapping my shoulder many times and pointing to the table where he was sitting, ignoring my clear desire to hang out by the bar.

Solution: Stiffbody. Verb. To hold one’s entire body, including the face, in a way that completely closes off contact or any potential for friendliness. Sentence: He motioned towards his table so many times that I felt compelled to stiffbody him, in a desperate attempt to get him to leave me alone.

Peeksob. Noun. The disappointment you feel when your belief that your special box of candy has two levels of treats is laid to rest. More broadly… the disappointment that comes when any positive expectation is smashed. Sentence: The peeksob was crushing; I just assumed I’d find more candy at the bottom of the box.

Solution: Joyaloo. Verb. To purchase something one normally would have deemed too expensive, out of veneration for one’s desire for pleasure. More broadly… to put considerable resources or time into one’s own pleasure, happiness, or mental health. Note: While the first, specific meaning is typically transitive, the second, broader meaning is typically intransitive. Both are correct. Sentence for “joyaloo” as a transitive verb: As soon as I realized the candy was gone, I went out and joyalooed a new box. Sentence for “joyaloo” as an intransitive verb: I believe in joyalooing within reason, since pleasure and happiness are key life goals, but only when it doesn’t lead to financial or other difficulty.

Politistoop. Verb. To refuse to engage with an idea, or a potential solution to a problem, because it goes against one’s strict definition of one’s own political or ideological views. Sentence: He politistooped when I suggested that, along with gun control, broadened awareness of some particular mental health issues might decrease violence in our country: he said that those who make any connection between mental illness and violence are Republican idiots.

Solution: Soarmind. Verb. To consider all sides and nuances of an issue with an open mind, regardless of political, social, or other pressures. Sentence: She is an expansive thinker who soarminds when tough questions come up, forgetting political and social alliances and considering the issues with a certain purity.

Timeblot. Noun. The sense that one’s defined age – or the place in history where one is located – is profoundly skewed, inaccurate, or incomprehensible. Sentence: Ever since turning 40, he struggled with a deep sense of timeblot, since he felt like a teenager forced to take the role of a mature adult.

Solution: Mindtruth. Noun. The belief that one’s own mind creates and defines reality, and can counteract any alleged reality that does not accord with one’s desires or sense of psychological comfort. Sentence: Her deep sense of mindtruth told her that she was 16 years old, and she believed it despite strong external evidence that she was much older.

Willex. Noun. The jealousy and longing one feels when spending the day with someone who requires many more calories than one could ever hope to need. Sentence: The willex was overwhelming: my friend stopped for ribs, ice cream, a lobster roll with fries, and a delicious-looking veal sausage with sauerkraut… yet he is so thin I can see his ribcage.

Solution: Imagibloom. Verb. To speculate about possible problems another person may have… or may develop in the future… especially in response to envy towards said person. Sentence: I imagibloomed, and realized that I shouldn’t feel jealous, because I had no idea what might actually be happening in his life, or what might happen to him in the future.

Razonify. Verb. To discuss or point out a quality or issue that will make someone else cringe, with complete deliberateness fueled by a cruel impulse. Sentence: She razonfied me again and again, mentioning all my failures and sources of insecurity as she smiled in her usual way.

Solution: Armortune. Verb. To use another person for one’s own purposes, especially to counteract unpleasant behavior, reframing said behavior in a way that transforms negativity into usefulness, humor, or some other positive force. Sentence: At first her behavior upset me, but then I learned how to armortune her, drawing from our time together in published writing and hilarious conversation with friends.

Lagthud: Verb. To procrastinate before going to sleep, because one’s fatigue is so great that one lacks the energy even to change to pajamas and climb into bed. Sentence: She lagthudded for hours, wasting time in front of her computer despite her aching desire for sleep.

Solution: Shaza! Noun. An emotional and/or physical state that inspires beneficial action despite a deep sense of fatigue. Sentence: Finally, a feeling of shaza! pushed her forward, and she got ready for bed.

Roamadone. Noun. A state of confusion regarding when one should end a given activity and switch to something new, particularly when said confusion fosters a tendency to spend more than the ideal amount of time at a given pursuit. Sentence: Despite my hunch that I had created enough words, a sense of roamadone overtook me, and I kept at it for many more hours.

Solution: Clockspur. Verb. To climb out of an activity that has occupied one for an unhealthy amount of time. Sentence: Finally, I clockspurred, and stopped creating words so I’d have time to meet a friend before the day was over.

Crayroni. Noun. (Adjective: Crayonic.) A psychological state combining peace, hope, love, a knowledge of holiness, a joyful certainty of the soul’s immortality, and the confidence that one should always take the best piece of pizza for oneself, especially if the next person in line tends towards razonification or partypouncing. Sentence: I’d reached true crayoni, and I was blissful as I enjoyed my pizza, with a natural crayonic wall that warded off all razonifiers and partypouncers.

Solution: None needed! Crayoni is the truth, the light, the highest contentment, and the path towards all that is good.