Compassion Is a Skill 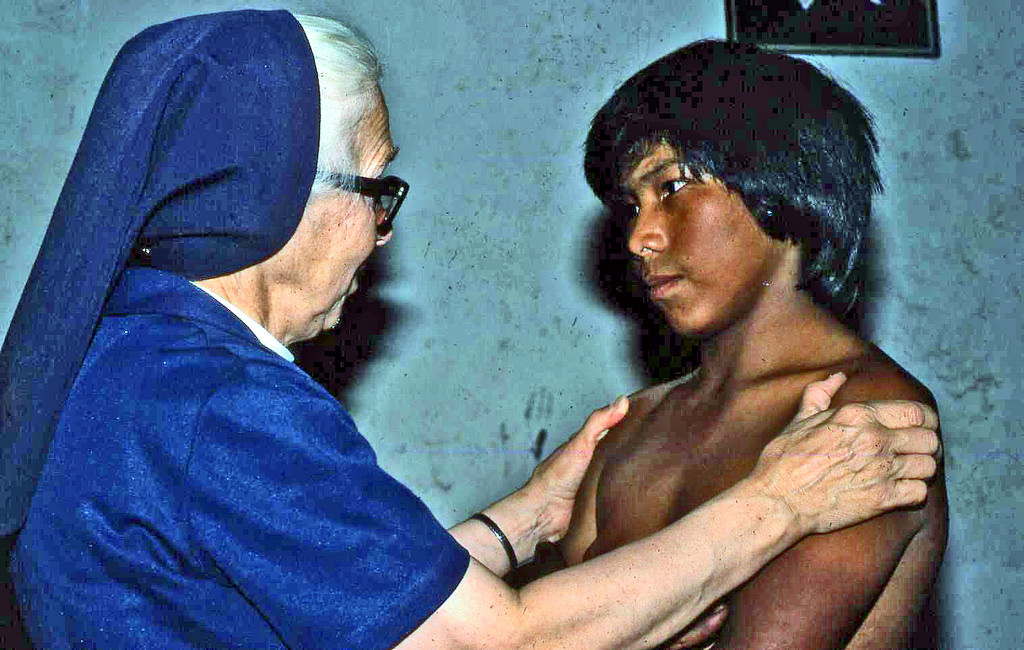 The other day, friends of mine shared how they crack each other up by furrowing their brows and casting worried looks at each other. This physical comedy routine was inspired by people’s looks of concern and pity in response to the loss of a close friend of theirs. Fortunately my friends were able to make a joke out of that intense look of worry that crossed people’s faces and which betrayed their friends’ needs, rather than allowing them to attend to the needs of my grieving friends.

Maybe all of us have cast the “pity look” at one time or another. Looking back on my own experience, I know I’ve made this face when the pain I perceived in the other person overwhelmed me. That expression was my way of trying to mask my own emotional response to the other’s suffering with whatever pale imitation of empathy I could muster in that moment.

So, what can we do to tap into genuine compassion for another person when the particular suffering they are going through triggers that response in us?

The answer comes, unsurprisingly, not from how we respond when we are emotionally “flooded”, but rather from the attitude we cultivate the rest of the time. In a recent interview on On Being, the founder of Stanford University’s Center for Compassion and Altruism Research and Education, Dr. James Doty, described research demonstrating that, in the brains of people who regularly practice compassion, their amygdala actually shrinks.

This means that, when people regularly practice compassion, they are able to quiet the part of their brains that broadcasts the “fight-flight-freeze” response – the very same part of the brain that has gotten me, and my friends’ well-meaning visitors into trouble. In the interview, Doty illustrates this idea by saying,

… just like muscles, our mental muscle […] responds to exercise. It’s just which exercise you’re going to do. And one exercise relates to mindfulness, compassion, lovingkindness, having an open heart. And when you strengthen that muscle, the world becomes a vibrant place where you recognize the incredible aspect of humanity that surrounds you in every person, how every person has this incredible potential to change the world.

What muscle are we exercising when we give the pity look? Doty’s website defines pity as, “sorrowfully noting another person’s suffering, but regarding them as outgroup, weak and/or inferior and hence, undeserving of any wish to alleviate, or efforts towards alleviating suffering.” When we are afraid of the pain of the other person, we protect ourselves by making unreal the other’s suffering, saying to ourselves, “this could never happen to me.” By contrast, when we exercise compassion, Doty says, we see that “every person has this incredible potential to change the world”, that we each are capable of authoring our own stories.

This month marks the seventh anniversary of the suicide of my former roommate and friend. At a recent retreat for spiritual directors (a group of people who definitely practice compassion!), I decided to share this part of my life. In a group of almost 30 people, I described how the raw fact of this event never goes away, how betrayed I sometimes feel when April comes bringing warm weather, flowers and sunshine – in complete contrast with the ongoing darkness of that memory. As I spoke, no one looked away, or furrowed their brow. Rather than the strained pity looks I have grown to expect, I saw warmth, openness and curiosity.

In that moment, I saw myself through the eyes of the people around me, eyes that reflected back my capacity for resilience and strength. I experienced myself “owning” this part of my story in a new way. That experience has renewed my sense of the transformative power of compassion. I know when I encounter someone in pain, I want to give them the same gift of mirroring back the capacity for resilience, and the inherent dignity and worth I see in them.

So how do we exercise the compassion muscle for the moments we most want to bring our open hearts to another person?

According to an article in the Clinical Psychology Review we cannot actually cultivate compassion. Rather, it instructs,

… you can cultivate, through investigation, the qualities that incline your heart toward compassion. You can learn to attend to the moments when you close and contract in the face of suffering, anger, fear, or alienation. In those moments you are asked to question what difference empathy, forgiveness, patience, and tolerance would make. You cultivate your commitment to turn toward your responses of aversion, anger, or intolerance. With mindfulness and investigation, you find in your heart the generosity and understanding that allow you to open rather than close. (Hoffman, S., Grossman, P., & Hinton, D. (2011). Loving-kindness and compassion meditation)

Looking around it’s easy to see “what difference empathy, forgiveness, patience, and tolerance would make.” But we need to first notice if we’re emotionally flooded, and wanting to contract away from our experience. If we find ourselves in this state, we must be compassionate toward ourselves. From that tiny space of self-compassion, we just may be able to extend outward to a sense of genuine compassion for the other. So, may we all learn to kindly and patiently acknowledge our impulse toward self-protection and aversion in the face of suffering. As we see this capacity in ourselves, may we choose – again, and again – to turn away from our fear toward the curiosity and kindness that allow us to tilt our hearts toward compassion in a world so deeply in need of this renewable resource.