Christian And Muslim Views Of God: Conflicting Or Surprisingly Close? 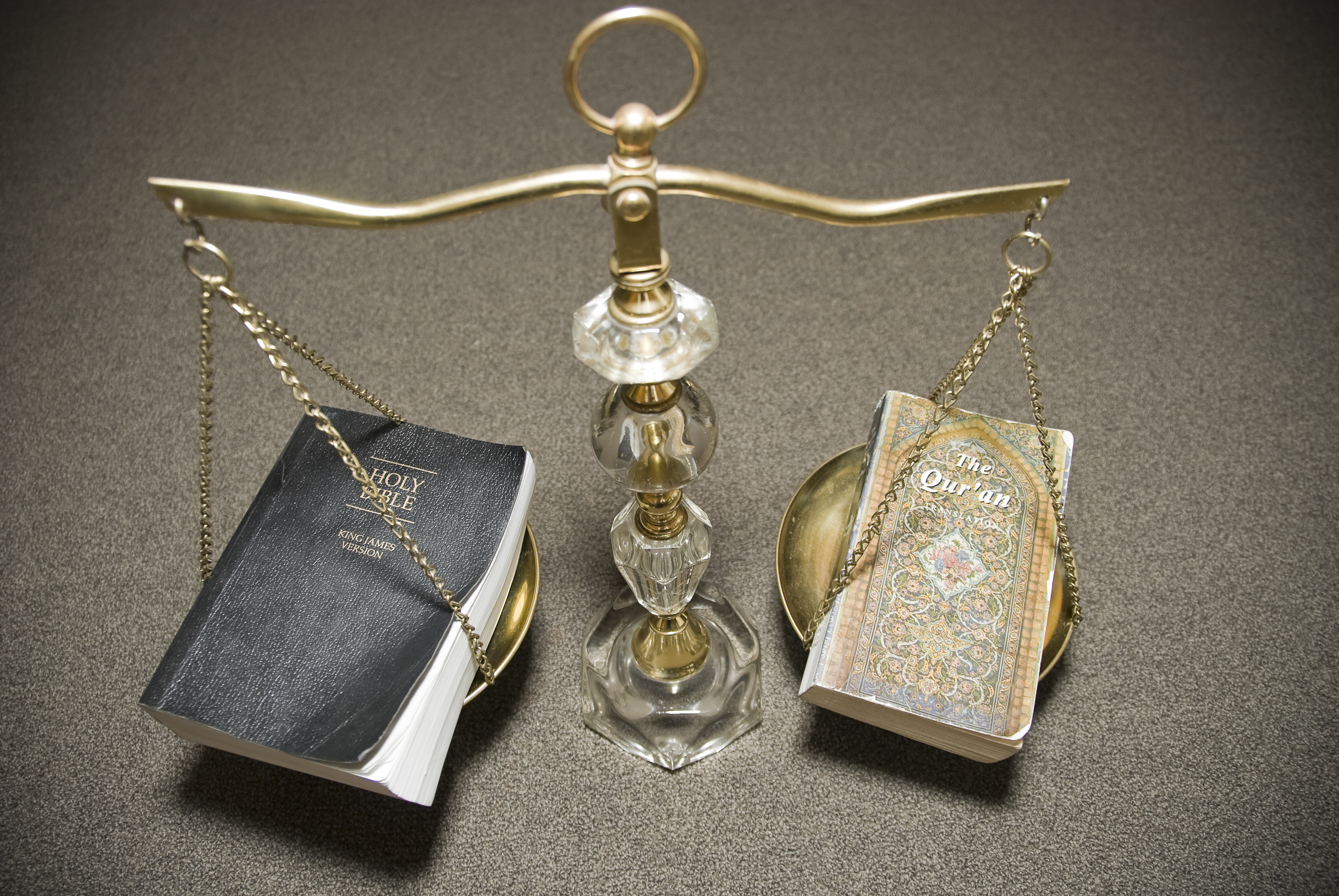 There is a common claim made that the distinction between Muslim and Christian understandings of God are a stark difference between a distant, remote, severe deity and an intimate, invested, and loving one. There is also much said with regards to the analogies of a Master/Slave relationship on the Islamic side and a Father/Son one on the Christian side. This is typically brought up by those seeking to argue that Muslims and Christians do not worship the same God and that one side or the other is “pagan”, as opposed to simply differing branches on the Abrahamic tree, and therefore surprisingly close spiritual kin.

However, while the belief in the Trinity and Incarnation lends a unique form of intimacy and solidarity to the Christian conception of God’s relationship to Man, which stands apart from all other monotheistic traditions, I do not believe this in any way negates the depth and complexity of Islamic tradition with regards to the intimate nearness of the Divine, nor does it nullify the more formal titles or harsher imagery present within the Judeo-Christian tradition. Also, when the twists of linguistic preferences are explored more deeply than their face value, they often have some degree of commonality not previously acknowledged.

For example, the concept of God being our “master” should not even be that foreign to Christians, nor should the necessity of submitting our human will to the Divine Will, which will in turn bring us peace, trusting the rightnesss and perfection of God’s judgements. This entire dynamic is enshrined in the Arabic word islam, from which the religion takes its name, proving a core piece of spiritual wisdom the two traditions hold in common. Too often, agenda-driven factions try to politicize this concept, either emphasizing the aspect of submission or of peace, but perhaps the truth is that the former must always be present in order to lead to the latter, just as the tides must relent to the power of the moon in order for all things to work as they should.

Thomas Merton, the prolific monk mystic, called for God to “pass through my will as through a window.” The Blessed Virgin Mary, who was Merton’s main inspiration for the poem, uses the analogy of Master/Slave when she addresses the angel Gabriel during the Annunciation, as recorded in the Gospel of Luke, “Behold the handmaid (female slave or servant) of the Lord; be it done unto me according to thy word.” The Islamic tradition shares deep respect for Mary, as a virtuous and chaste servant of Allah. St. John Bosco even went further in his verbal description of his own servitude, saying that before God he was “an insect that cries out from the earth and dies.” In the Catholic Church, we even have an official title “Servant of God” for an early stage of the canonization process.

It should also be noted that the term “master” is also a title of respect and love in various cultures (“mewlana” is used to designate the poet Rumi, for example), and is used plentifully for Jesus of Nazareth by his disciples in the Gospel narratives. He, in turn uses various master/servant analogies in his own parables when speaking of God. Within the Christian Biblical tradition, Jesus seems to see Himself simultaneously as Son of God and Suffering Servant, willing to empty Himself out to the enth degree so that the will of the One who sent Him might be accomplished.

Now, clearly, Muslims and Christians differ in how they see the nature of the person and mission of Jesus, but we might all agree that He was indeed a “servant” of God in accordance with the long prophetic tradition from which He sprung, and came among us to bring the message of God to the people as a mercy on us all.

As for the nearness of God, I believe anyone who does a cursory study of Islamic spirituality will be struck by a sense of almost scientific immanence and all-pervasiveness with which the tradition sees the nature of Allah. Indeed, He is the Ultimate Reality from which everything else receives its form and function, and which He causes to unfold and flow forth in every degree. He is closer and more necessary to a person than their jugular vein. He is the axis upon which everything and everyone turns, and by that very reality, submission to “the nature of things” is the only way to find true peace. And, while there is great emphasis in the tradition about the majesty and supremacy of the Divine, Islam also produced a strong literary mystical strain which, not unlike Christian mystics down through the ages, identifies God as the lover of the soul.

Perhaps the Muslim tradition makes some Christians feel uncomfortable, in that they also ascribe seemingly opposite attributes to God, both positive and negative, just like the forces of nature. It is part of Islamic piety “to believe in destiny, that good and bad both come from Him.” Whether this is a strong theological difference between Islam and Christianity, or a subtle one based more upon linguistic emphasis, it evokes certain phraseology from the Jewish Torah, such as when God is said to have hardened the heart of the Pharoah. Even in the Gospels, Jesus, a Jew Himself, used this at times, such as when He prayed that God might “lead us not into temptation.” He again used a pairing of opposites when He told his apostles “whatever you bind on earth shall be bound in heaven, and whatever you lose on earth shall be loosed in heaven.”

As with verses from the Quran dealing with violence and warfare, it seems many Christians tend to emphasize the names of Allah that deal with dominance and power and de-emphasize or skip over others involving love, mercy, and forgiveness. As with any ancient spiritual tradition, including the Judeo-Christian one, there is both harshness and beauty present there, as well as perhaps a necessity for lawful order born out of a struggle to survive under hard conditions, especially with regards to the “Big Three” coming forth from the Middle East. If anyone has ever perused the Book of Leviticus in the Bible, this becomes fairly obvious. Indeed, the Torah actually holds the distinction of advocating the wiping out of tribes down to the last man, woman, child, and animal, whereas similar Quranic texts tend to speak of killing the men, but capturing the women, children, and booty.

I believe it’s fair to say that all three of the Abrahamic faiths see God as both transcendent and imminent, and also see His attributes in a way that encompasses both justice and mercy, though we will, of course, vary in our choice of emphasis and analogy. Christianity stands distinct from the three of believing in Sonship via our Christological theology, but this does not mean that we hold some singular copyright on intimacy with the Divine. It is as free as the air we all breathe, and it blows where it wills, weaving its way through the world in many forms. Indeed, a beautiful poem from the Islamic tradition praises “the inebriating beauty of Thy face reflecting through earthly forms, in a world which without them would suffocate of its own ugliness.”