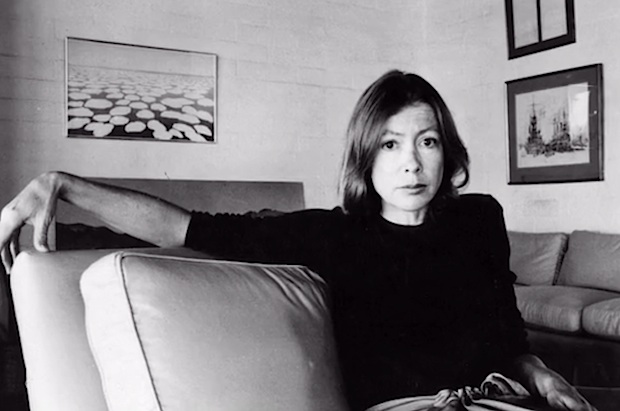 Each week, we find smart reads and new insights to share with readers of The Wisdom Daily. Today our favorite picks from around the web include pieces about the insatiable curiosity of Joan Didion, the beauty of solitude, the Senagalese chef with Vietnamese roots, the latest Lily Tomlin character, the way umpires improve their game and more. Whatever’s transpiring in your life, may you find the words of wisdom you need.

“Didion lost faith in the defining narratives of American life. A fifth-generation Californian whose ancestors had crossed the plains in covered wagons, only narrowing missing disaster at Donner Pass, Didion found that the country she lived in had ceased to make sense to her… [She] possessed the luck of serving as a human tuning fork for the anxieties of her age and the dogged curiosity to pursue those anxieties wherever they led.”

“I can get really lost in my own imagination, and there’s something important about having that space. Not speaking, not writing, just thinking. It’s funny [this] idea of loneliness… what it means, how it can be liberating… also reminds you of all the most scary things about being a human. I kind of like that.”

– Anna Calvi, about her downtime as a singer-songwriter (The Independent)

“I was fortunate enough to have a godfather from Vietnamese origin. He was the only male I would see cooking. In Senegal, cooking is women’s territory. I wasn’t cooking with my mom, but I was right by the door watching. When I’d spend time with my godfather in the summer, I’d see a man in the kitchen and that opened a whole world. This love of cooking was already in me; now I could practice it without any cultural restrictions.”

“Lily Tomlin’s performance [in the film Grandma] deepens into something nuanced and moving, a character study that’s not so much about aging, specifically, as it is about the great and awful process of getting to know yourself… Even when you think you know everything, there’s always more to learn.”

– Prosy Delacruz, “Sitting in the Chair of Privilege” (Proven?al in L.A.)

“Umps are getting better, and they’re also remarkably consistent… An umpire who understands what calls he is missing is an ump who can improve.”

– Noah Davis and Michael Lopez, “Umpires Are Less Blind Than They Used to Be” (FiveThirtyEight.com)

“India is going through a cultural zeitgeist, and I like that all-encompassing word. Because it’s going through this phase where there are so many young people, and they are just tired and frustrated with doing the same old formulaic nonsense that is taught to people. [I’m] trying to hit the other end of it and be like, Hey, parents can actually tell their kids: You should be a comedian. I want to be alive when that day happens. That will be cool. I’ll probably be dead… I’m just saying.”

Image credit: We Tell Ourselves Stories In Order to Live/Kickstarter