Can Social Entrepreneurs Repair the World? 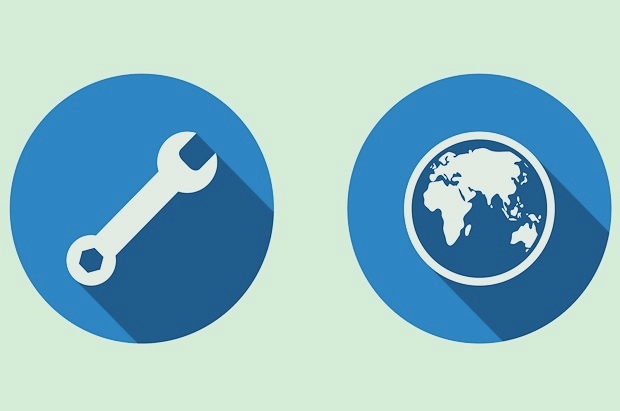 This week, I attended a meeting at my synagogue hosted by my rabbi, Elan Babchuck, featuring Irwin Kula – one of his mentors, and a national thought leader about the nature of contemporary religion. I don’t read most announcements I’m sent about events, because I don’t have them on my radar as things I’d generally consider attending. In this case, Elan invited me personally, and the title “Disruptive Spiritual Innovation” was certainly intriguing.

Elan shared that his goal for the meeting was to understand national trends facing organized religion, and to consider innovation as a lens for thinking differently about the future of synagogues, and the future of religion more generally.

Irwin is a compelling speaker, and he laid out arguments that were hard to deny. Few people say they attend church; fewer actually do. Thousands of churches close each year. The fastest growing religion is “NONE” – and growing 50% faster among Americans age 18-32.

He went on to share data from the Pew Research Center that showed that 80% of Jews consider being Jewish important in their life; 94% are proud to be Jewish; and 75% have a strong sense of belonging to the Jewish people. These high levels of identity and affiliation are correlated to six religious practices that have not declined (despite sharp decreases in many other practices): Attendance at high holiday services; lighting Chanukah candles; attending a Passover Seder; Bar Mitzvah; wedding; and funeral.

Some people at the meeting thought these practices didn’t amount to much – but I wondered if the way that religion is being practiced may be changing. Are we living through a period of disruptive innovation for religion?

Disruptive Innovation: a product or service that is simpler, cheaper or even inferior designed for a non-consumer or non-existent market, BUT that is good enough to get the job done.

What is the job of religion? I’ve always liked Maimonides, and Irwin shared a passage that answered this question beautifully:

To illustrate this point, Irwin relayed a story about the founder of Airbnb, whose purpose in founding the company was to change the nature of relationships among strangers.

WOW. Can you imagine the impact if they succeed? Imagine a world where each of us looks at strangers as friends – people we feel compelled to protect. Would we act the same way toward each other? Would we behave differently when we act collectively as communities – or as countries? Could this shift in behavior finally mobilize us to take bold action against the greatest threats facing humanity? Climate change? Inequity and inequality?

Irwin also made an astounding statement, connecting Airbnb to the Torah, which commands us to “welcome the stranger.” This vague commandment leaves too much room for interpretation, so the rabbis enacted laws, halacha, to show us HOW this should be done. Is Airbnb a halacha to help us enact this commandment? Is Airbnb a new form of religious action? Maybe the $10 billion valuation is too low?

Ten years ago, I decided to leave a career in business to pursue a new path. I’d come to realize that my work needed to matter more – to me, and to the world – which led to my current work in social entrepreneurship. I saw this arena as the intersection of what I knew how to do (entrepreneurship, innovation, management) and what matters to me (social impact). And I began to recognize teaching as a calling, one that I’ve now embraced with vigor.

The Airbnb metaphor helped me finally decode why I ended up at this crossroads. My favorite commandment is tikun olam, repair the world. It’s the single commandment that I feel has the potential to change the nature of humanity, and to unleash opportunities for all people to flourish. Perhaps social entrepreneurship is the modern halacha that guides us to enact tikun olam. Perhaps social entrepreneurship is a disruptive innovation that holds the potential to nourish our soul, and nourish our bodies, to improve the lives of others while enriching our own lives – to enact the whole job of the Torah all at once.

It even meets the criteria for a disruptive definition: inferior vs. other alternatives, designed for non-consumers. Is it good enough to get the job done?

If I am a teacher of social entrepreneurship, does this make me a rabbi?

Alan Harlam is the Director of Innovation and Social Entrepreneurship at Brown?s Swearer Center for Public Service. Through this role, he has developed programs to support students who are learning about social innovation, launching their own ventures, and crafting lives and careers that fulfill Brown?s mission to ?serve the community, the nation, and the world." Harlam?s work as a social entrepreneur is informed by 20 years as a consultant, turnaround manager, and community volunteer. Harlam currently serves on the boards of City Year Rhode Island and Social Enterprise Greenhouse.