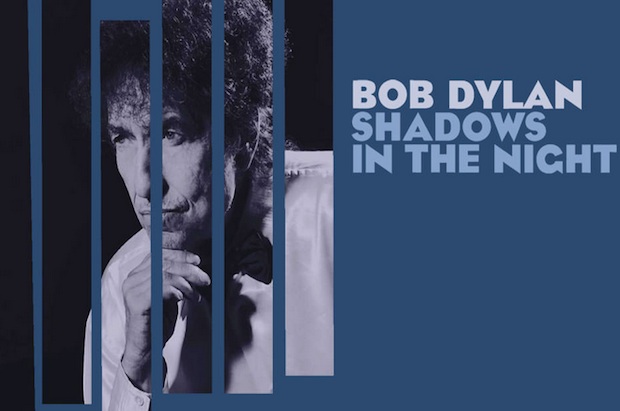 Bob Dylan’s new album of ballads from the American Songbook is remarkable, heartfelt, and vulnerable. All ten tracks have one thing in common: they were interpreted and made popular by Frank Sinatra. Yes, the enigmatic ’60s counterculture icon, the raspy-voiced rebellious rocker, is rendering songs made famous by one of the smoothest nightclub crooners of all time. But I don’t think Dylan is selling out.?Shadows in the Night reveals an irrepressible, creative spirit once again upending expectations.

Ever idiosyncratic, Dylan does what he always does – arranges, appropriates and interprets to create something distinctive and new, a recording that can only be called Dylanesque. He covers standards from the 1920s through the 1960s, including “Some Enchanted Evening” and “Autumn Leaves,” while other songs – such as “Stay with Me” by Carolyn Leigh and Jerome Moross – are more obscure. (In 1964, the year Sinatra released “Stay With Me,” Dylan released his album The Times They Are-A- Changing!)

There’s wisdom in this selection of reveries, as Dylan invites us to respect tradition even while he alters to enrich that very tradition. There’s no big band or orchestra: Backed by an austere, moody five-piece band,?Dylan’s style of Sinatra is raw, flawed, emotional, plaintive, and quivering. He defines himself through the lines of others.

In the?the hymn-like “Stay With Me,” he unapologetically offers, “I find to my wonder every path leads to Thee / All that I can do is pray: Stay with me.” And in a surprisingly direct AARP interview, Dylan, 73, recently reflected on aging and the creative process: “Passion is a young man’s game. Young people can be passionate. Older people gotta be more wise. I mean, you’re around awhile, you leave certain things to the young. Don’t try to act like you’re young. You could really hurt yourself.”

In a era in which America seems to be unsure of itself, and where (according to polls) two-thirds of us do not trust our fellow citizens, there’s something hopeful about this work. This album is a gem. With all the generational, political, artistic and emotional differences between Dylan and Sinatra, American music is utterly unimaginable without either of them.

I saw Dylan and the Band in 1974, from high in the upper level of Madison Square Garden. I remember him playing “Like A Rolling Stone” with the audience singing out every word as … were passed among strangers in the night. Who would have believed that more than four decades later, I’d sit in my apartment sipping single malt, listening with intention and focus to Dylan’s 36th album, a meditation on Frank Sinatra? Dylan has indeed done it his way.