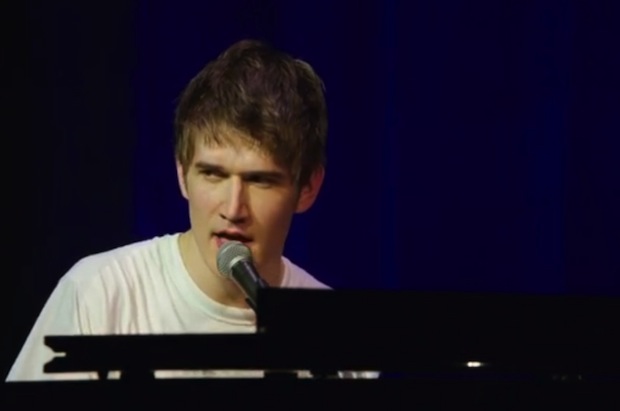 However faithful or faithless you may be, I dare you to watch this without laughing! Far from being heretical or otherwise offensive, having a laugh at God’s expense is not only sometimes the healthiest thing to do, it’s quite traditional. Sarah laughs at God in the Book of Genesis, and if it was good enough for her, then even the most pious among us should relax about laughing at God. That’s exactly what Bo Burnham does in his song, “From God’s Perspective” below (language NSFW).

Believe me, I know that Bo Burnham is a comedian, not a wisdom teacher nor a philosopher, but when you step onto a stage and theorize about things as serious as how we think about God – an issue which divides families, drives political races, and over which people are dying all over the world – and over a million people watch you do it, it pays to pay attention to what’s going on.

Along with your laughter, notice how Burnham does exactly what he mocks others for doing – presuming to know the mind of God. You gotta love the reminder that all of us – from the most reverent to those who pride themselves on being most iconoclastic – create the God we need for our own purposes, at least as much as we bend our hearts and minds to God’s.

Does God exist? Does God not exist? Nobody can know for sure. That’s why they call it faith. The part of the song that is actually wise is where it suggests that whatever it is we believe or disbelieve should be tested, at least in part, against the real world results of those beliefs. That willingness is what keeps deep faith from becoming an ugly arrogance.

At the same time, if our belief or disbelief simply affirms our ideas without ever challenging them, it is ourselves we are worshipping, not the God of theists or the no-god of atheists. That’s the part where the song falls far short of the wisdom we need to manage the deepening fanaticism of so many believer and non-believers.

There is no doubt that humor, including humor at “God’s expense”, is a really healthy and useful thing. In fact, if you consider yourself a believer, and can’t muster at least the occasional ironic chuckle about the God in whom you believe, your faith is almost certainly creating as many problems as it solves. So enjoy this song and share it with the particularly uptight believers you may know. On the other hand, if you find yourself listening and thinking, “yeah, this Burnham kid has it exactly right”, take a moment to laugh at yourself as much as you are laughing at God and the other people who think of God in ways that Burnham mocks. At the end of the day, it is probably our ability to laugh at ourselves that is the most important laugh-ability any of us can ever have.