Beauty in the Eyes of the Beholder 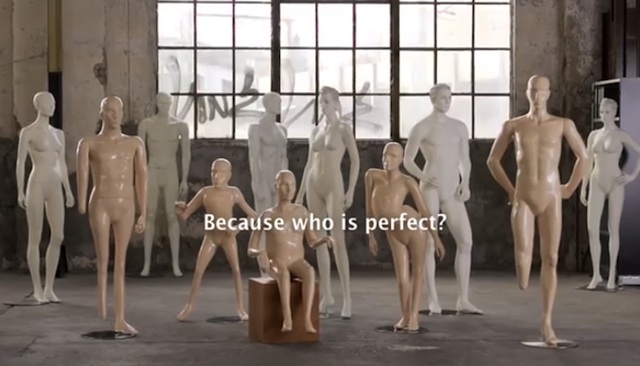 How do you react when you see a physically disabled person? Do you stare? Do you avert your gaze? What do you feel – discomfort, shock, fear, anxiety, curiosity, compassion? Has the way you responded to seeing the physically disabled changed over time?

Research shows that viewers of positive portrayals of the disabled on television programs and in the movies are more likely to perceive discrimination and less likely to have negative emotions when encountering people with disabilities. There is what researchers call the “novel hypothesis”. Not only are people who are “novel” stared at more in an attempt to make them less novel but also lack of exposure to persons with disabilities creates a psychological conflict between wanting to stare and wanting to follow social norms against staring. This leads to increased discomfort by the “starer” and avoidance of the “staree”- everyone recognizes this experience. In one experiment, college students were allowed to stare at someone with a disability (through a one-way mirror) then measured how closely the student sat next to the person when in the same room. Not surprisingly, those students who were allowed to stare sat closer than those who were suddenly introduced to the person and asked to sit with them. Familiarity actually doesn’t breed contempt, rather it eases the fear that unconsciously comes with difference!

Well, if you were window-shopping on Zurich’s main downtown street, Bahnhofstrasse, on December 3rd, you would have seen something surprising: disabled mannequins. Perched in storefront windows, between the perfect mannequins we are all used to seeing were figures based on real people with physical disabilities including models with scoliosis, shortened limbs, amputees, and a malformed spine. Pro Infirmis, an organization for the disabled, in honor of International Day of Persons with Disabilities, devised the campaign. Entitled “Because who is perfect? Get closer,” it was designed to provoke reflection on the acceptance of people with disabilities.

A beautiful short film was made, documenting the process of making these mannequins, the interactions with the models as the mannequins are constructed, the astonished reactions of passers-by, and the joy of the models seeing their own unique figures recreated for the first time.

At first, as I watched the film I felt uncomfortable – did we really need this?? Did this really matter – after all surely the models “knew” that they were different but still beautiful. Moreover, given that the fashion industry invented the psychotic pursuit for the ‘perfect body,’ it seemed disingenuous if not exploitative for them to now act morally superior. But as I watched the models be measured, listened to their voices and words describing their experience, and saw their reactions to seeing the “mannequins in their image”- the joy in their faces when the mannequins were completed and their delight in seeing themselves made in sculpture form, my mind and heart opened.

Over one billion people, or approximately 15% of the world’s population, live with some form of physical disability! Around the world, persons with disabilities face physical, social, economic, and attitudinal barriers that exclude them from participating as equal members of society. They are disproportionately poor, lack equal access to basic resources, such as education, employment, and health care and have a higher rate of mortality. And yet in the past few decades, we have seen our moral horizon stretch and have begun to break barriers and open doors for a more inclusive society.

Yes, beauty is indeed in the eye of the beholder, but our culture and backgrounds have a great deal to do with what we behold as beauty.? Finding ways for us to appreciate one another in our differences outside the legal requirements that demand equality is the key to melting our fears and discomforts. I will never look at a physically disabled person the same way again. What an amazing gift to the models and to all of us who get to see these exceptionally beautiful mannequins.