Ask Yourself “What Do I Yearn For?” 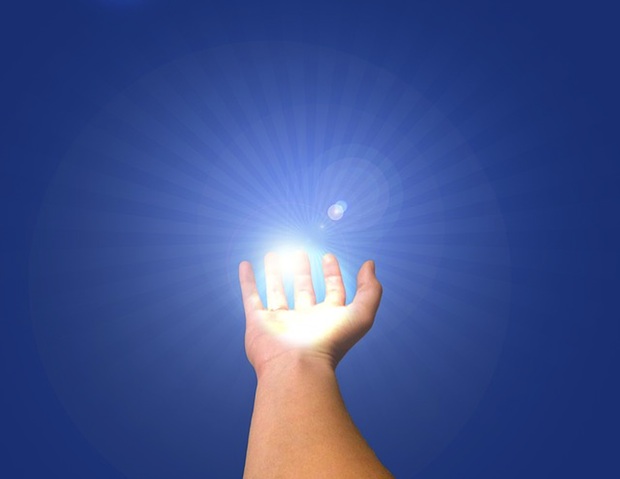 We sat facing each other, two women who were reasonably friendly but by no means intimate. We were enrolled in a spiritual direction training program together, and this was our first week of class. Our task in this moment was to ask each other one simple question: what do you yearn for?

My partner asked me, and I had a ready answer. I had just learned that I was pregnant, and the yearning at the top of my consciousness was to be a good mother. So that’s what I said. Then she asked the question again. I refined my answer. She asked again. I went deeper. She asked again.

After ten minutes of continuing to answer this question, I was weeping. Not in sadness, but in awestruck recognition of how many yearnings I ordinarily keep buried beneath the surface — and of how remarkable it felt to be able to articulate those yearnings and to have my answers received with gentleness and grace.

Over the last year I’ve been writing poems of yearning. They could be read as poems of yearning for the Beloved with a capital B, which is to say, God. That kind of yearning has always come naturally to me, which is perhaps part of why I became a rabbi. But the notion of yearning is deeply human — for God, for partnership, for health, for wealth, for peace, for healing a broken relationship, for self-acceptance, for… fill in the blank yourself. (And for this reason, I hope that the poems will resonate even with those for whom the idea of “God” isn’t meaningful.)

When I began posting these poems on my blog I felt some trepidation, because they feel more intimate than the Torah poems or seasonal poems I’ve posted there over the years. I was afraid they might seem overly personal, the kind of “oversharing” which gives blogs a bad name. But it turns out I needn’t have worried. I’ve been humbled to discover how strongly these poems resonate with people.

I think that’s because everyone experiences yearning. We may not talk about our yearnings. And we may not allow ourselves to think about them often, especially if the things for which we yearn feel far-away or impossible. But our yearnings are integral to who we are. Yearning is core to being human.

And there are poems of yearning for God. We sing one of my favorites on Friday nights, a love poem written by medieval mystic R’ Eliezer Azkiri. In the singable English translation by Rabbi Zalman Schachter-Shalomi of blessed memory, the poem includes the line “For long and longing hours I yearned for Your embrace…” Singing that poem on Friday nights connects me with my own yearnings, including (but not limited to) my yearnings for God.

In recognizing my deepest yearnings, I become conscious of my orientation, the direction in which my heart and soul need to be pointed in order to feel those yearnings. I don’t know whether I’ll ever “get there.” But there’s value in yearning, even if the things for which one yearns are or seem unattainable (whether absolutely unattainable, or unattainable for now.)

Yearning requires emotional authenticity, and there’s spiritual benefit in that. I can’t be real — with God, with the people in my life, or even with myself — if I don’t let myself feel whatever I feel. Sometimes being able to express a yearning is the first step toward working toward its fulfillment. But even when that’s not (or not obviously) the case, recognizing our yearnings can help us make choices which align us with who we most deeply are.

Jewish tradition cherishes the spiritual practice of teshuvah, “turning-toward-God.” Teshuvah is a practice of aligning oneself in the right direction as one vows to be the best person one can be. Regardless of whether my yearnings seem attainable, turning toward those yearnings is for me a way of turning toward God, because God represents the ultimate hope for better things.