The Short Film ‘Gift’ Teaches Appreciation of All We’re Given 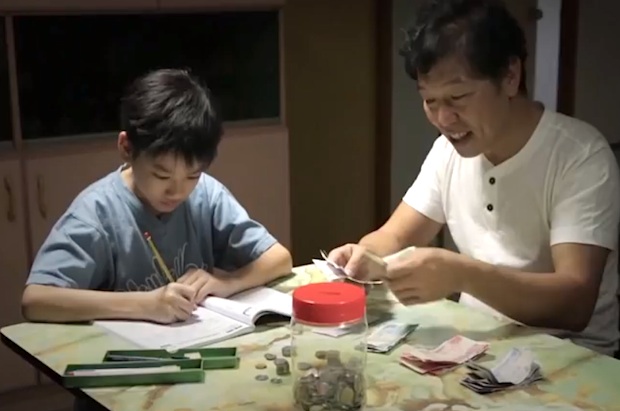 I dare you to watch Daniel Yam’s short film Gift and not be moved. I don’t think it’s possible. The story, set in Singapore, depicts a tense father-son relationship and conveys a strong point of view about what it means to be rich. I wonder: Is the definition of wealth actually not about how much you have, but about how much you give?

On the viral popularity of Gift, director Yam said, “I have learned that a well-told story can resonate very widely and very loudly.” His film explores how generously you can give, financially and beyond. So what about how well you’re able to receive? There’s no doubt that giving to others (be they strangers or loved ones) is central to cultivating a sense of our own abundance — but so, too, is receiving. I realize that doesn’t seem as immediately noble.

Still, think about it: How does heightening our ability to receive well — to fully and graciously accept what others want to give us, to feel the significance of what we get, and to appreciate it — how do choices like that inform the experience of feeling “rich”?

Would this story be less poignant, less bittersweet, if the boy had grasped the art of receiving (his father’s wisdom and devotion, as well as his spare cash), instead of hearing only his lessons about the art of giving?

What does being an artful receiver mean to you? What kind of giving makes you feel richer? And what does “rich” mean to you? How might these be related?