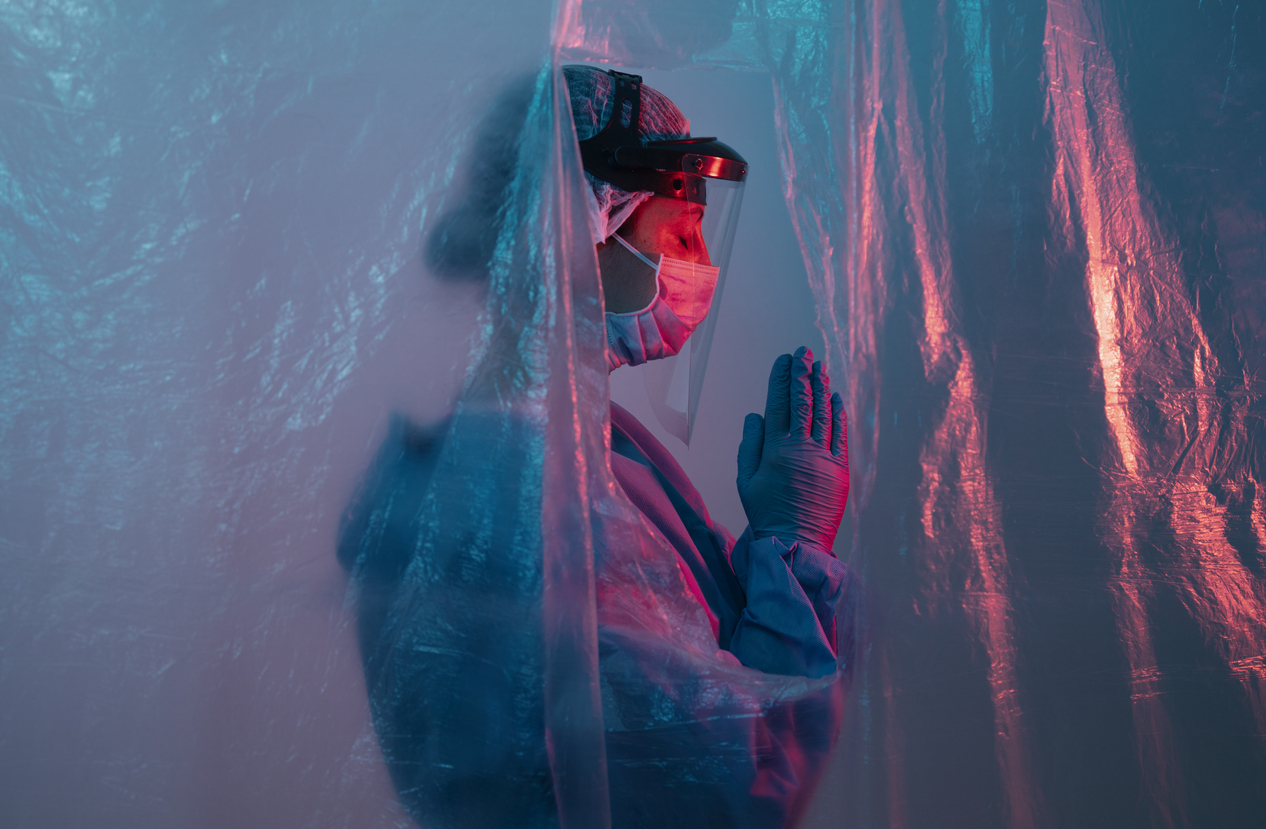 By decree of Gov. Kevin Stitt, Oklahoma is observing today, Thursday, December 3rd, as a day of prayer and fasting, asking God “To heal those who are sick, comfort those who are hurting and provide renewed strength and wisdom to all who are managing the effects of COVID-19.” I applaud the Governor, most of his decree, and all those who would join him in prayer and fasting, even, or especially if they don’t believe in God.

Yes, I am applauding the state-sponsored establishment of a religious day, even though I believe in the sacredness of the Constitution’s wall between Church and State. No, that is not hypocritical. In fact, it speaks to both the potential power of Gov. Stitt’s idea, and the genius of our Constitution, which precludes the marriage of church and state, but not the presence of faith in public life.

Given that the overwhelming majority of Oklahoma’s citizens are believers, and that nothing in the Governor’s proclamation either compels any behaviors or celebrates any particular tradition, it seems like a wonderful way to mobilize collective action around two practices that have nurtured all sorts of people’s ability to find strength, comfort, compassion, and wisdom, especially during challenging times.

In fact, the old adage about there being no atheists in foxholes speaks not to the fact that “deep down all people believe in God,” even if some religious folks would like to believe that, but to the fact that none of us wants to feel alone when we are vulnerable. That is why I think that one can participate meaningfully and usefully in prayer, without getting anywhere near belief in God. Whether Kevin Stitt believes that or not, is actually irrelevant to me, and why this proclamation is worthy of applause.

I know that for many of us who know a bit more about the Oklahoma Governor, this may be a bitter pill to swallow, given his relative lack of advocacy for science-based policies in the face of the pandemic, and his history of questioning the use of childhood vaccines — including telling audiences that none of his 6 children have been vaccinated. But that’s the point, isn’t it?

We believe that bitter bills must be swallowed and vaccines taken — when they offer proven healing — even if doing so is not pleasant. We believe that asserting personal freedom is not an excuse for denying good science, or worse, putting our neighbors at risk by having done so.

A statewide day of prayer and fasting can do so much good — at the cultural level, if not the medical level — so why fight the message because we may not support the messenger. Doing so is as self-defeating as shooting the messenger because you don’t like the message.

Do I wish the decree had been worded differently? I do. Opening the declaration with the phrase, “Oklahomans have always (bold italic is mine) turned to prayer to guide us through trials and seasons of uncertainty…,” suggests that all Oklahomans have always done this, or at least that most have always done this, and that is not true. Worse, it might be read as suggesting that if one has not turned to prayer, one way somehow be less than fully Oklahoman.

But reading the proclamation that way also means assuming the worst about its author and his intent, and that strikes me as just about as ungenerous in one way, as some will surely read the Governor as being in his way. So perhaps, along with getting the whole messenger/message thing a little healthier than we often do, we could also cut each other a little more slack in terms of the intended meaning.

The official proclamation also includes a reference to 2 Chronicles 7:14: “If my people, who are called by my name, will humble themselves and pray and seek my face and turn from their wicked ways, then I will hear from heaven, and I will forgive their sin and will heal their land.” Frankly, I am not loving that either, as one could interpret the Governor as saying that we are sick and dying because we have sinned. Even if Stitt believes that that belief has no place in a government or in government policy-making.

Again though, it’s up to us. We can decide to assume the worst or the best about one another. In times of crises, I know how tempting one is, and how productive the other is. You decide which is which.

So, with all the potential challenges and pitfalls of this declaration, I applaud Oklahoma’s Day of Prayer and Fasting and look forward to how a day of getting above the fray and going deeper, can help folks find those capacities and capabilities they need to care for themselves and for others. I embrace it because I know that we all need to do that, regardless of politics, party, or policy. I embrace it because hopefully, by turning to God, or whatever we call that which is bigger than ourselves, we can find the comfort, strength, and wisdom we all need so badly these days.