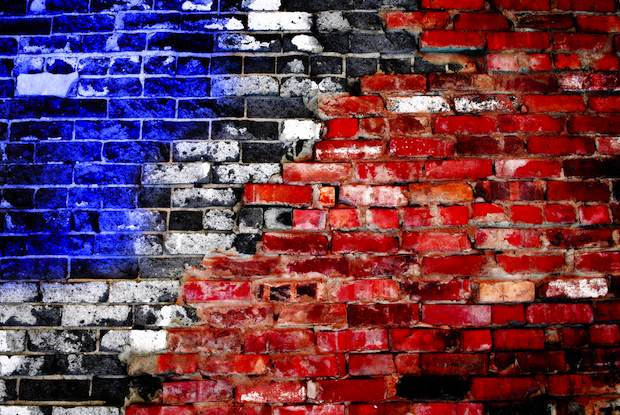 Our money may bear the words “In God We Trust,” and almost 90% of Americans may claim belief in God (or a higher power). But when it comes to government, organized religions or most other large institutions, a very different picture emerges. According to new polling by Gallup, trust in our big institutions is, well, in the toilet.

As a panel guest on The Daily Wrap recently, I addressed the issue: “I think what we’ve gotten really good at is appreciating what people can and must do for themselves, but we’re going to have to remarry that to what we can do together – and can only do together. We’ll get there if we decide that rebuilding trust is more important than any one conclusion any of those institutions reach.” See video, for the full discussion with the panel.

This Gallup data reveals that a combined 33% of Americans answered that they have “a great deal” or “quite a lot” of confidence in the presidency (a finding which is broader than any particular president). And that total is just one percent higher for the Supreme Court. But our Congress? Forget about it! It’s at the bottom of the list, at eight percent confidence – with banks, organized labor, the criminal justice system, public schools and big business all polling somewhere in between the presidency and the U.S. legislature.

To be fair, organized religion came in at 42%, but it didn’t top the list. So, what are the institutions Americans trust most? That would be the military (72%) and small business (67%). It’s worth noting that the high ranking for the military, when one really digs into the study, actually reflects more trust in the people who serve than in the whole institution.

The idea of success as a function of pulling oneself up by the bootstraps is only half the story of our successes.

It all strikes me as one of those good news/bad news reports. The good: our continuing trust in the “bootstrap” narrative, which has been so central to the success of our nation. Whether it’s our abiding confidence in the individuals in uniform who serve our country, or believing in small businesses to serve customers well and continue their central role in our economy, I think our faith in these two institutions is truly heartening.

Now what’s the bad news? The idea of success as a function of pulling oneself up by the bootstraps is only half the story of our successes (both national and individual). The other half of that story is this: Many things we don’t, and can’t, accomplish alone – starting with the fact that although we may need to tug on our own boots, those boots were likely made by someone else!

Rarely does individual success occur in a vacuum, but rather, in the context of others whose contributions, whether large or small, make a success possible. Our great moments as a nation have been about the spirit of American generosity and collectivity, just as much as rugged individualism – not necessarily all at the same time, but still very much a part of our shared identity.

From leading the way on public education (however flawed our current system may be) to leading the world in personal philanthropy, American culture has always celebrated collective action as a response to big challenges, and appreciated the value of a hand-up to those in need. Our current lack of confidence in the institutions that embody that narrative is troubling indeed.

What we need to do is build up trust in both individual capacity/responsibility, and in those institutions which enable the accomplishments that none of us can do alone. In fact, the rebuilding of that confidence is more important, at this moment at least, than almost any one conclusion reached about policy or politics.

And when you think about it, what’s true for politics is true for personal life: Build trusting relationships and most differences can be worked out. Fail to build trusting relationships, whether among individuals or between a citizenry and its institutions, and almost anything becomes an excuse for things never working out. It’s up to all of us which way we’ll go next.