America, Do We Have a (VMA) Problem? 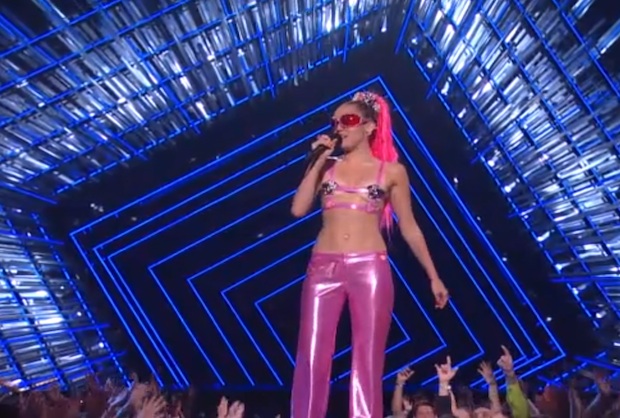 MTV’s 2015 Video Music Awards was the most tweeted (non-Super Bowl) event since…wait for it…tracking ever began! Really? Even if it were only the most tweeted event since this year’s Super Bowl, I would say we have a problem. I mean, I rarely write from a negative place, and genuinely hate sounding as curmudgeonly as this. But, you know, a lot of things have happened this year – good and bad – which would have, I hope, generated more tweets than the VMA’s!

When the?“most tweeted” status is earned by a show that seems mostly about how many body parts one can get away with exposing, and the total sexualization of virtually every moment of the event, it just feels like somewhere we’ve crossed some important lines: the difference between comfort with the human body and objectification of that body, between art which can (and often should) provoke and provocation for its own sake, between culture which generates celebrity and celebrity which drives the culture, just to name a few.

It was like a celebration of a really unhealthy race to the bottom.

Believe me when I write about lines being crossed, I write as one as deeply committed to the permeability of lines as I am to the presence of the lines themselves. In fact, this seems to be a theme for me this week, having written about the debate over walls on our national borders. But I also write as a father of three daughters – 14, 19 and 21 years old – all of whom are coming of age in a culture whose demands on them as young women aren’t healthy, to say the least.

Now I get it, the VMA’s are not educational programming and their job is to entertain, not model optimal behavior for an audience of “normal” viewers. That even helps explain why the broadcast, versus more important events in the world, lit up the Twitterverse as it did. But still, when young women in my office come in the day following the VMA’s commenting on how out of control it all felt (as one of them described it to me: it was like a celebration of a really unhealthy race to the bottom which they feel defines their world, even though they wish it didn’t), we do have a problem.

But I also believe that the best response to a moment of darkness (too harsh a word, but it works for the metaphor) is to light a candle, not curse the darkness. I think the best move here is to imagine what things we all could tweet this week that celebrate more positive values and a healthier culture – one which celebrates freedom of expression, appreciates entertainment and celebrity, and feels less like an invitation for young women – or anyone else, for that matter – to run any kind of race other than their own.