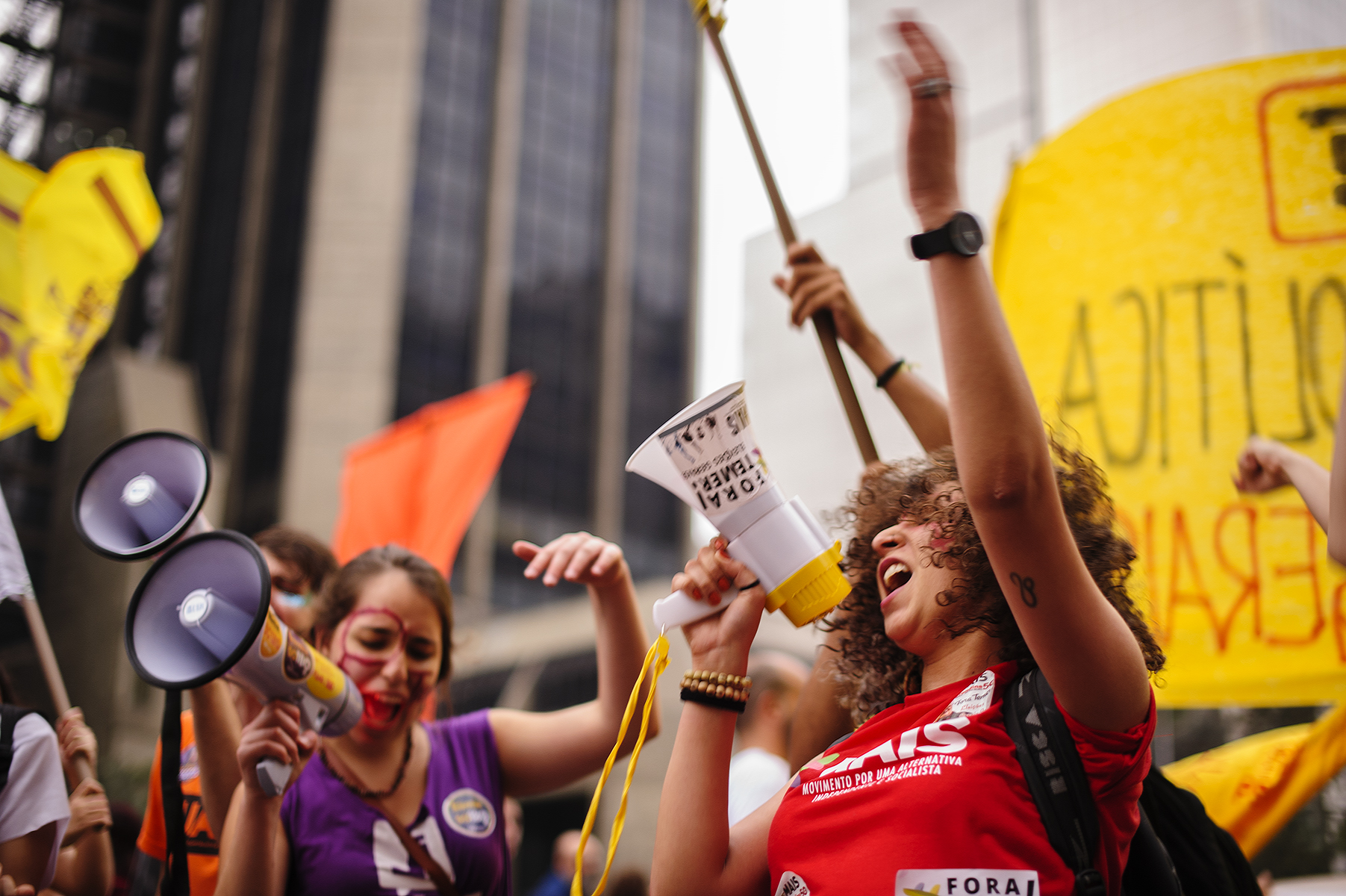 I am, by nature, a gentle person.  I tend to keep my distance from aggressive people and steer clear of conflict.  Although I admired activists, I never saw myself as someone who would be brave enough to shut down the streets or confront the police.

But recently, the escalation of racism and hate has motivated me to step out of my comfort zone. In 2016, I attended the Women’s March in Washington DC.  The feeling of unity and empowerment was so inspirational that I started to seek out other opportunities to march.

And so, a few years ago, my family and I attended a protest for racial equality in Philadelphia.  On either side of us, earnest men and women held up carefully thought out signs as they marched right through the middle of Center City, Philadelphia chanting things like “Black Lives Matter” and “Whose Streets? Our Streets!”

I knew that marching was only a small step towards equality, but, still, it felt meaningful to be standing shoulder to shoulder with like-minded people, all of us determined to fight for a kinder, more equitable world. My heart swelled at the feeling that I was part of something that was larger than my own existence, that could really make a difference.

A few blocks into the march, a low groan caught my attention and I turned to my right.  A blind man with a grizzled beard and torn pants lay on the ground, an empty can at his feet. In a hoarse voice, he pleaded with passersby to spare some change. No one did.

He was far from alone. On the sidewalk dozens of homeless people sat holding cups, watching the protesters go by.  One unfortunate man’s arm stretched out so far into the street that the marchers had to step over him. And, that’s just what they did.

One by one, the protesters marched, eyes forward, voices booming, full of compassion and determination to save the world, yet completely blind to the people in need that were right in front of them.

Immediately, I reached into my purse and searched for some cash.  My daughter and I passed out dollars to every outstretched hand in our view until my wallet was empty (which didn’t take long).

In the weeks after the march, I thought a lot about that incident.   Watching people who were proclaiming to care about humanity in such a public way ignore real humans was confusing and disheartening.  Was it all rhetoric? Staged compassion for Instagram posts? Or just obliviousness?

On July 4, I attended a march against the detainment camps. Since I came alone, I was eager to make some acquaintances to stand with.  But, my attempts at eye contact and friendly chatting were generally ignored by the other protesters.

Finally, a woman approached me.  She smiled and asked me to sign a petition against the camps, which I was happy to do.  When I wrote down my address, she jerked her head up and demanded to know why I hadn’t been at the last protest, since my address was so close to the protest site.  I flinched at the accusatory tone of her voice. Once again, I had that unsettling feeling of hypocrisy. How could these people who claimed to care so much about humanity, be so unfriendly to their fellow humans?

After a long time of standing by myself, I met a young man who had also come alone. Just having someone to chat with made me feel so much more motivated to march.  As we walked through the streets, blocking traffic and chanting at the top of our lungs, the young man and I continued to stay close and check in on each other.

When we reached the lawn near the Liberty Bell, we stopped.  The organizer issued a call to action and a large group of people went to the front of the march to block the parade that was winding through town, knowing full well that doing so would get them arrested.

I turned my eyes down as the organizer yelled.  Yes, I was there, happy to march and chant and demand change, but was I willing to get arrested? To leave my husband scrambling for bail?  My kids scared? The answer was no. At least not without discussing it with my family beforehand.

I started to think a little bit more about what it means to be an activist. I am generally good at helping individuals in need, but how often do I miss the bigger picture? Have I ever organized a march? Gone door to door for a candidate?  Ran for office?

Activists may not always be the friendliest or the quickest to notice homeless people on the street, but perhaps they don’t have to be. Resistance is a multi-faceted endeavor which requires many different skill sets and responsibilities. The trick is to find out how your skills can be most useful, how you can show up.

And, showing up doesn’t have to always mean to marches.  In fact, I almost missed the march because I noticed an elderly woman who looked confused.  Even though my train was due to arrive at any moment, I stopped to ask her if she was OK. She told me that she couldn’t walk very well and that she needed to use a bathroom immediately. She asked if I could help her get to one.

I hesitated before answering. The closest bathroom was a 5-minute drive away and taking her there and back would almost definitely cause me to miss my train to the march. I took a deep breath and thought about the kind of person I am, about what my skills are, about how I could be most useful at that moment… and then I helped her into my car.

Going to the march was important, and I’m glad that I went. But, if I didn’t make it, there still would have been many other people who showed up that day. Right there, at that moment, I was the only one who was available and open to help that elderly woman.

People who inspire crowds, get arrested for resisting or confront corrupt politicians make valuable changes to our society. They deserve our utmost respect, whether or not they smile at strangers or notice every individual in need.  The guilt of not being that kind of bold, brave activist kept me from attending marches and political rallies for many years.

But, recently, I’ve learned that there is a place for me too.  That noticing the homeless people on the side of the march, or helping elderly women to the bathroom, or checking in on my fellow marchers are also valuable contributions. In the fight for a kinder, more equitable world, every single one of us has something to offer. Whether or not you label yourself an activist is inconsequential. The most important thing is to show up for your fellow humans, in whatever way you are most able.