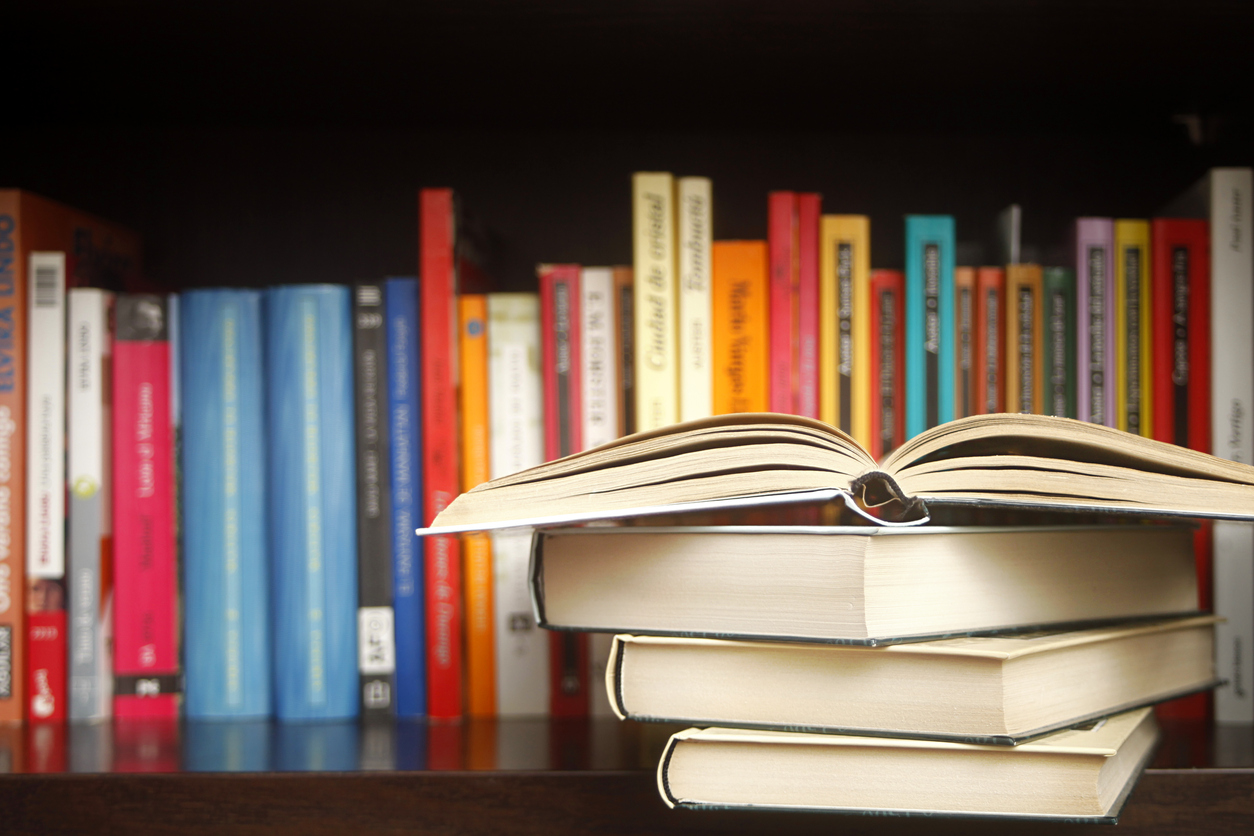 I once asked the language columnist for the Forward Philologos about whether there was a word for “fun” in any Jewish languages.  So even if “summer fun” may not be the most Jewish of concepts, still summer is a time to do things we might not ordinarily do, relax with the longer days, if we are lucky, go on a vacation, or at least enjoy all the bounteous summer produce that is becoming ripe now.

In that spirit, I am presenting a reading list of some different new books, all published recently, that might add to the summers of Wisdom Daily readers.  Some of them are definitely beach reads, light and funny, while others take on weightier issues. Since the world around us has been so full of heaviness this year, there are those who want to read only lighter things.  But there are those like myself who feel reading about things helps them process how to think about the complicated things that are happening in the world.

I’m presenting this list in order from frothy and light to heavy and complicated.  Though you might quibble with why one book is more serious than another, all are worth reading, at whatever level.

The Others by Sarah Blau.  Want a beach read that is a thriller but also teaches you about archetypes of Biblical women? The Others is a fast- paced murder mystery set in Tel Aviv among a group of four college friends who each dress as a childless biblical woman – Michal, Miriam, Lilith and the Witch of Endor -and make a pact not to procreate.  One of them has had children and died before the action of the book, and two others are murdered as we read.  Is the fourth, the narrator who lectures at a Bible museum, a murderer?  Only by reading can you learn who would do such a thing so that none of them do become mothers…..

The Netanyahus by Joshua Cohen  The author became a friend of the late professor Harold Bloom and the recipient of his many stories.  After Bloom passed away in 2019, Cohen decided to animate one of the stories in fiction, adding his own voice and take.  The result of the tale of the visit to Cornell of the late Benzion Netanyahu, father of the former longest serving Prime Minister of Israel, for a job interview is this rollickingly funny and marvelously written book of satire on academia, history, the role of Israel vis a vis the diaspora, and the many many ironies these matters entail.  If you are looking for something that is funny, but also thought-provoking, your summer reading is here!

Secrets of Happiness by Joan Silber  Silber specializes in fiction from multiple points of view.  In this tale made up of seven sections narrated by six different characters, we go from New York  to England to Nepal to Thailand and Singapore.  The fun of reading is that a character who is a minor figure in one story, the hostess at a Thai restaurant, or the high school girlfriend who marries a guy she met in college, turn into a major figure or narrator in another story.  Ethan, Joe, Maribel, Rachel, Tara, and Bud are not all equally compelling narrators, but the volume as a whole is so well-observed and written that it is highly recommended.  There is a lot of Buddhism here, but the author’s Jewish identity shows through too, such as when a character reflects on his life and says, “I couldn’t ask for more than I have.”  The Ethics of the Fathers teaches, “Who is rich?  He who is satisfied with his portion,” so in this respect the book embodies a Jewish ethos in its approach to the secret of happiness.

Antiquities by Cynthia Ozick  Ozick is the master of a sentence; for any language- attuned reader she is the consummate author so the publication of another book is a gift to us all.  This is a particularly appropriate book for the three weeks leading up to the holiday of the Ninth of Av which commemorate the destruction of the ancient Temple, since the book has to do with a character who moves out of a Temple.  The Temple Academy, which becomes Temple House and then forces its occupant out, is a school named for a WASP family, but that is the point.  What is the extent of how much in Western culture has been appropriated from the Jews? Ozick is worth reading at any time, but none more than now.  Be careful, for many reviewers did not understand her intent: look for the metaphor and enjoy her unparalleled use of the English language.

Wolf, Lamb, Bomb  by Aviya Kushner.  Kushner is a poet and translator, author of a previous book of essays, The Grammar of God, about Bible translation.  These works, based on the book of Isaiah are a true tour de force, poetry that interprets the prophet and is interesting to read in its own right.  “Listen, someone once said–/I am comforting you, breathing/ through an old towering prophet/ who is nothing but a singer on a stage” is a section of “Rumor.”  Read on for this modern take on our most ancient of poets.

Torah in a Time of Plague Historical and Contemporary Jewish Responses edited by Erin Leib Smokler.  “If you attempt to quarantine yourself to try to learn, learning won’t follow you; you can’t rely on your own wisdom, for it is your friends that will cause learning to remain with you.”  These are the words of Ethan Leib, quoting BT Shabbat 147b, which could stand in for the volume as a whole which has twenty two essays by writers, rabbis and academics that include theology, history and personal reflections enabling us to join with them in learning. The editor, Rabbi Dr. Smokler, speaks of a reality that “affirms the truth of instability, yet is not incapacitated by it.” In learning to live after Covid, this book contains much wisdom both from older scholars like Arthur Green and Michael Fishbane and younger ones like Ilana Kurshan, Ayelet Hoffman Libson and Aviva Richman.

Reaching for Comfort: What I Saw, what I learned and how I blew it Training as a Pastoral Counselor by Sherri Mandell.  Mandell experienced one of the worst possibilities of life when her 13 year old son Koby was murdered with a friend in 2001. She wrote a memoir about the experience, The Blessing of a Broken Heart and started a camp to help other children whose families have been victims of terror.  Here, Mandell lets herself be honest about the depth of her ongoing struggles instead of only putting up a façade of bravery and resilience.  In training to become a hospital chaplain, she hopes to find a guide for her constant pain.  She writes, ” I imagined that this guide would tell me something so profound that all at once, everything would change.  I would stop looking into the darkness for sustenance.  I would leave death behind and once again I would take pleasure in the light and the fresh air.”  She does connect with others but of course there is nothing to take the pain away completely.  Seeing her cope, especially during this post-Covid days where so many of us have “disenfranchised grief” can enable  us to cope too.

The House of Fragile Things: Jewish Art Collectors and the Fall of France. By James McAuley.  What if you loved your country, wanted deeply to be part of its national narrative and donated the beautiful art objects that you curated and collected to this nation, only to discover that not only did it not love you back, it actually facilitated the murder of your descendants?  That is the story of the French Jewish art collectors discussed here.  A description of the Rothschild family estate concludes that the beautiful things of French heritage are “heartbreaking to find in this house of Jews.”  The art itself is worth reading about, but the history behind who collected it and how, as well as the ultimate fate of the collecting families makes this an oddly timely read now.

Lamentations by Yael Ziegler For Jews, summer is a time of commemorating our losses, chiefly that of the two Temples in Jerusalem, whose destruction is memorialized on the Ninth of Av with the reading of the Biblical book of Lamentations.  There is no better guide to the book read liturgically on this holiday than Ziegler, the newly appointed head of the Matan Women’s Institute of Torah Studies. Ziegler is also a Bible teacher and author of a previous book on Ruth. Lamentations is a difficult book of the Bible, both theologically and in terms of its language, which includes such gems as “the hands of compassionate women cooked their children”(Lamentations 4:10).  Ziegler focuses particularly on the many metaphors about women in this text and uses both ancient midrashim and modern Biblical scholarship to comprehend what is troubling and difficult.  As Jews have done for so long, we will use texts and our understanding of them to guide us in tough times, and help us find our ways, complicated and hard as they may be.

If it stays hot into the fall, here are four other things I have not yet seen but hope to.  Francine Prose has written a number of other wonderful novels, like Blue Angel, but The Vixen about a Jewish editor who publishes a novel about Ethel Rosenberg as a sexual temptress sounds like a fascinating read, though I have not yet seen it.

Judy Batalion’s, The Light of Days: The Untold story of Women Resistance Fighters in Hitler’s Ghettoes, has already been optioned as a movie by Steven Spielberg, but I imagine, as always, the book and its true stories will be better.

I look forward to Deborah Levy’s Real Estate coming in August 2021 and Dara Horn’s book of essays on antisemitism, People Love Dead Jews:Reports from a Haunted Present in September 2021.