A New Way to Deal: We’re All In This Together 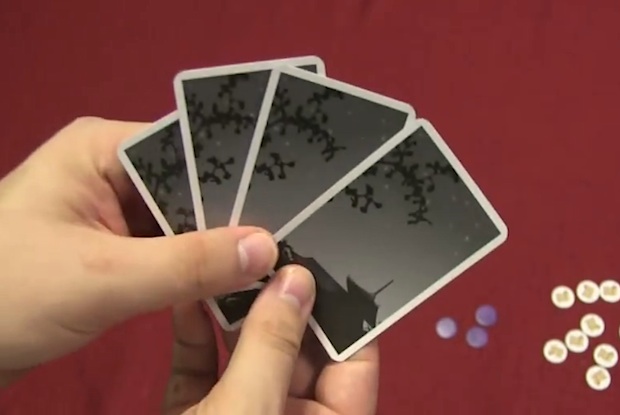 A friend said, “We all win, or nobody wins,” by way of introducing my family to a new card game recently. Hanabi, which means “fireworks” in Japanese, is simple to learn, fun to play and, most significantly, quite profound to experience.

“Profound?” you may ask. “Really, Brad? It’s just a card game.” It is, indeed, a card game – played with a special deck and a few small tokens – but there’s nothing “just” about it. In Hanabi, the only way to win is when all players win together. If that isn’t a simple but profound idea, I don’t know what is.

There are games that teach alliance-building, teamwork, and many other versions of cooperation, but Hanabi presumes that there’s only one team and that everybody at the table is on it. How does that work?

Successful play means figuring out how best to communicate information the other players need, and relying on them to do the same for me.

Each player is dealt 4 or 5 cards, based on the number of people paying, but unlike pretty much any other card game, each player can see all of the cards except their own. Players must then communicate information to each other, in highly limited ways, so that each player knows which of their unseen cards to play next. It’s literally a game turned inside out.

Instead of trying to gather information to better my own position, successful play requires me to figure out how best to communicate information which the other players need, and relying on them to do the same for me. Because there is no “my own position,” there is only our shared position. Still, since we are actually competing to win, it’s not always such an easy principle to integrate.

Integrating the fact that all information being shared at the table is for my benefit, i.e., will help me make the best possible next play, is pretty much the opposite of how most of us learned to play most any game. Even if we were on a team, and heard coaches repeat the old saw about no “I” in “team,” there was another team against whom we were playing; each of us, as individuals, would derive satisfaction from beating them. That’s more about delayed gratification than full cooperation.

This innovative card game (which has been nominated for highest honors by a prestigious European award panel reviewing new games) isn’t about not competing to win. Competing to achieve the top score can be a very important, even necessary, part of life – and competition is a real element in the game of Hanabi. Nor is this game designed to teach peace-making or compassion, as some cooperative games claim to do.

The best of the truly cooperative games, as I’m discovering, don’t dull the competitive impulse, nor do they claim to have some larger ethical purpose. Instead, they “just” widen the sense of who’s on our team and what it is we’re competing for.

Don’t get me wrong, putting others ahead of yourself, and learning to delay gratification, are both important things to learn. But Hanabi invites players to do something else – not to delay gratification, but to experience it as coming from a new awareness that we’re all in this together, and that the only way any of us wins is when all of us win. Pretty cool, no?