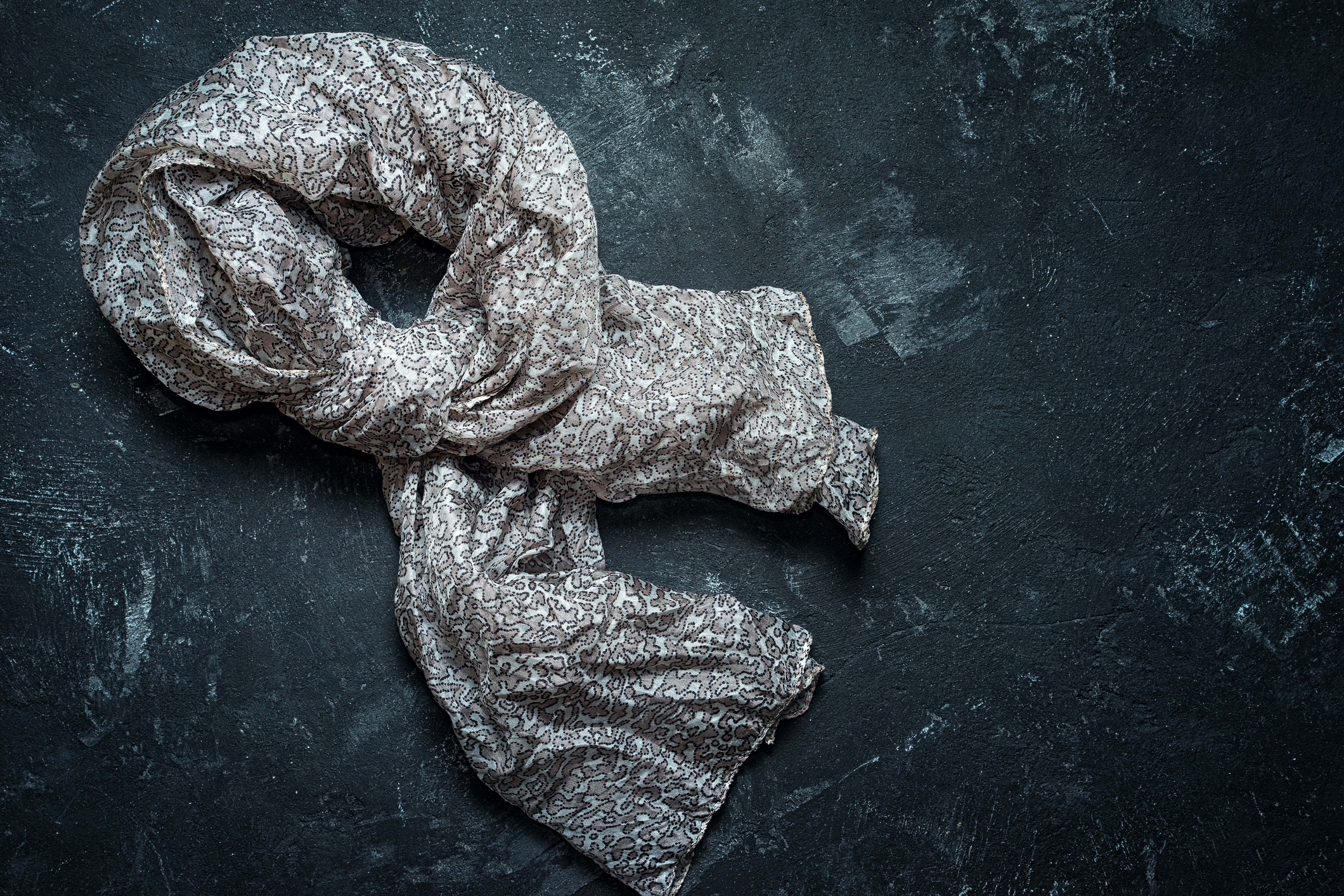 I was in the supermarket the other day with my son. He wore his yarmulke and I had on a tichel, the large scarf I wrap around my head to cover my hair, which I do in accordance with the traditional Jewish laws of modesty for married women.

Sometimes I wear a sheitel, or wig, for the anonymity of it. Most people outside the religious Jewish community have no idea my hair isn’t really my hair unless I tell them, and few would bother to look closely enough to notice otherwise. But lately, I’ve found myself happiest in a head scarf, both for its style and the way it makes a public statement, identifying me as what I am. It is always what I wear when it’s raining – a scarf dries on its own, while a wig has to go back to the shop for a wash-and-set – and it was pouring the afternoon I went to the market with my son.

As we walked down the bread aisle, two women were coming our way from the other direction, dressed in abayas and hijabs. They appeared to be mother-in-law and daughter-in-law. A little boy with dark eyes who reminded me of my two older sons sat in the front of their cart, making me nostalgic for the days when my own boys could still dangle their legs like that. I smiled at him and waved. He returned the greeting.

The women and I acknowledged one another with a look that has become familiar to me over time, a knowing glance often exchanged between women from different cultures who cover their hair. There is an unspoken understanding between us, like a secret handshake that admits us into a private sisterhood whose sole membership requirement is letting G-d determine what we show (and don’t) to the world. And while we may recognize the differences between the ways we cover, to the uninitiated, what we wear on our heads often inspires the same looks of curiosity – and sometimes, the same feelings of discomfort.

Despite that commonality, the encounter those women and I had in the market might have played out otherwise. I did not know them, where they were from, or what they were thinking and feeling. Nor did they have any inkling about me. In that moment, our head coverings both obscured and revealed everything and nothing at all. They hid our opinions and deepest beliefs while offering clues that may or may not have led either of us to the other’s truths. Like anything else external, they told only one part of our stories.

The tension could have been thick between us, filled with the heaviness of assumptions and prejudices. We might have also continued walking without acknowledging one another. In the peaceful aisles of an American supermarket, we had that luxury. No one would have batted an eye.

Instead, when we met again near the eggs, I complimented the younger woman on her scarf, which was similar in design to mine, only prettier in color. Thanking me, she smiled with her whole her face. But seconds after I walked on, she surprised me by saying Todah Rabah! – Hebrew for thank you. I turned around and replied Gam lach! – “To you as well,” rather than the expected “You’re welcome.” It seemed that she and I had patched the tiniest fissure, one step towards healing the entirety of our broken world. And what I felt then, more than anything, was gratitude.

We were two women who had taken a rare moment to breathe, forgetting for an instant that we were in the market to tend to the mundane tasks of buying snacks for our children, the makings of dinner for our families, and the products we need to keep our homes safe and clean. We looked up from the shared minutiae of our daily lives to see into one another, well past the externals of our isms and ologies and our presumptions about both, our style of dress, how we pray, and what we wear on our heads.

As the doors opened onto the parking lot, it felt as if my son and I were leaving behind another world. Perhaps that encounter in the aisles had been no more than a fleeting moment. But believing in my heart it will last, I packed it up with my groceries and took it with me when we exited the store.

Merri Ukraincik is a writer, blogger, artist, wife, and mother who talks to G-d all the time. Her essays have appeared in Tablet, Hevria, Kveller, and elsewhere. She is the author of I Live. Send Help., a history of the Joint Distribution Committee. Find her on her personal website.