A Good Point About Shifting Blame 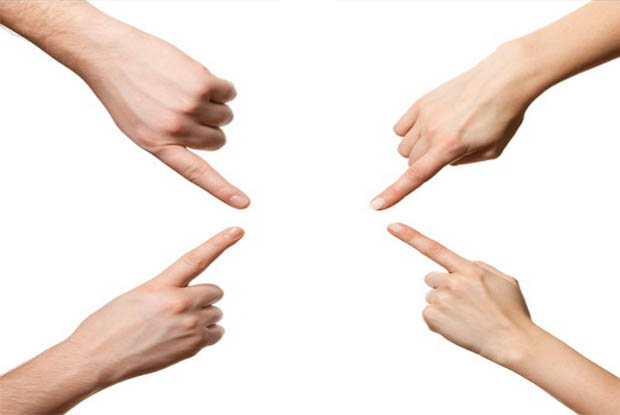 Over the past few weeks, Arab terrorists have launched a wave of bloody violence against Jewish Israelis unparalleled since the Second Intifada. Of course, this recent violence did not erupt devoid of context. Decades of moral failings on both sides of the conflict have indeed created fertile conditions for fear and anger to fester. At the same time, with a desire to demonstrate awareness of that context, and a well-meaning urge to express sensitivity to the concerns of all parties involved, it seems some have come to the conclusion that this murderous outburst is actually birthed (rather than influenced) by context.

According to that perspective, the violence is the inevitable result of historical and present-day realities. Those perpetrating the violence, then, have no agency, no freedom to determine their path. Rather, they’re totally under the control of external forces that propel them inexorably to attack civilian men, women and children.

Most of us know, at least in theory, that this line of argument is absurd. No policy or geopolitical reality literally forces a person to pick up a knife and stab an innocent civilian, or ram a car into a crowded bus stop. To adopt the path of violent uprising is a conscious, deliberate choice.

We are not marionettes… We are agents in the unfolding drama of our own lives.

In practice, however, many of us are instinctively drawn to a way of thinking in our own daily lives that strips us of the power to make our own fate and absolves us of responsibility for our actions.

How many of us are familiar with this scenario: Something goes wrong. Maybe we botched a sale at work, maybe we snapped at our spouse, or maybe the restaurant we chose for dinner turned out to be lousy.

The issue comes to light. All eyes turn to you. And you turn to the nearest possible person, place or thing that you can plausibly point to as a responsible party; anyone or anything but you. We blame our parents, spouses, employers, co-workers, employees, teachers, immigrants, the government – pivoting and pointing to contend that other forces control our actions and attitudes, our faults and our unhappiness.

So we may contend, but usually, the argument is untrue. Outside forces might create conditions where certain courses of action become easier or harder. However, even in trying circumstances, we retain our ability to freely choose our next steps.

Not only is deflecting responsibility misguided, it also often damages our credibility. How can a person who never accepts responsibility truly be trusted?

And when deflection places responsibility on others, it damages those relationships. Who wants to be identified as the reason for our problems?

Most harmfully, it makes us unable to make the changes necessary to better ourselves or improve our lives. If we can succeed in making someone or something responsible for our misdeeds, then why would we ever need to change? By casting ourselves as victims in someone else’s drama, we make ourselves perpetually blameless, perfect and immune to change.

But while there are always aspects of our reality beyond our control, Scripture generally insists that we are not marionettes whose strings are simply being pulled by forces outside our control. We are agents in the unfolding drama of our own lives. Ours is perpetually the choice: either to act like victims of our circumstances, or to adopt the more challenging and more painful, but ultimately more productive, path of making our own fates.

In the face of all the obstacles and limitations we may encounter, we are responsible for writing our own scripts and directing our own stories. No one can be relied upon to do it for us, and no one else is ultimately to blame if we fail to do it for ourselves.

Whether by what we do, or by what we do not do, only we can determine what our future will look like. We always have choices, and that ability to choose gives each of us extraordinary power: the power to set our own futures, the power to make our own fates.

Named one of ?America?s Most Inspiring Rabbis" by The Jewish Daily Forward, Rabbi Michael Knopf is rabbi of Temple Beth-El in Richmond, Virginia, and a Rabbis Without Borders fellow. He has a weekly podcast featured on the JCast Network and is a regular contributor to Haaretz's "Rabbi's Roundtable" blog, The Huffington Post, Jewish Values Online, and other publications.