A Generation Removed from God 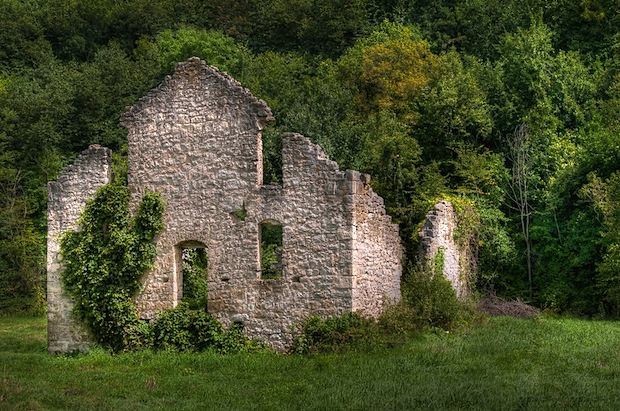 Our old gods are dying, and our new ones are yet to be born, so we best be careful asking people about what they believe about God. It isn’t simply that the familiar, conventional (theistic, old-man-in-the-sky, all-powerful, all-knowing god who created the universe, who loves us, judges us, responds to our prayer and guarantees an afterlife) is irrelevant to increasing numbers of people. It’s that this God is actually far more disquieting.

I need to come clean and say clearly: There are indeed some days when I do call out and surrender to this God I no longer believe in.

Campus Crusade for Christ recently asked Missouri State students (and anyone who happened to respond online) to type three words to describe God. Whatever the leaders of Campus Crusade expected from their poll, you can just imagine the reaction at the worship service when the word-cloud, made of the most popular responses, was revealed.

In the anonymous, safe space of social media, here are a few of the words young people and others used most frequently to describe God:

We definitely have a crisis/opportunity of faith!

As our old gods die – and with them, many of the institutional expressions of religion (just look at the hemorrhaging of Catholic, Protestant and Jewish institutional participation) – the question worth asking is, What wisdom and commitments ought we take with us, independent of any god we do or don’t believe in, to realize the values we should live by?

I suggest we begin with these two pieces of wisdom: First, contrary to our postmodern sensibility, human life has objective meaning and importance and each of us has an innate, inescapable obligation to live well. This means accepting ethical responsibility to ourself and to others (not merely because we happen to think this is important, but because this is important, whether we think so or not).

The second is that all of nature – the universe as a whole and all its parts – is not just a very long history of particles thrown together, but something of intrinsic awe, wonder and beauty.

It seems increasingly clear that it’s Time For a New God. (Watch the short film of that title, which I participated in a few years back, riffing about God on a walk through Coney Island.) Perhaps a path to re-imagine God is living the wisdom worth taking seriously from our religious systems “as if” there was a God – wisdom that could transform how we engage with each other and with the Earth. Wisdom confirming that there’s inherent value in the two central dimensions of human life: biological and biographical. We’re part of an awe-inspiring universe because we are physical finite beings, and we are apart from this universe because we are uniquely conscious of ourselves as authoring a life in the decisions we make.

Albert Einstein, who was an atheist AND a deeply religious man, once said:

“To know that what is impenetrable to us really exists, manifesting itself as the highest wisdom and the most radiant beauty which our dull faculties can comprehend only in their most primitive forms – this knowledge, this feeling, is at the center of true religiousness. In this sense, and in this sense only, I belong in the ranks of devoutly religious men.”

So what are three words you would use to describe God?