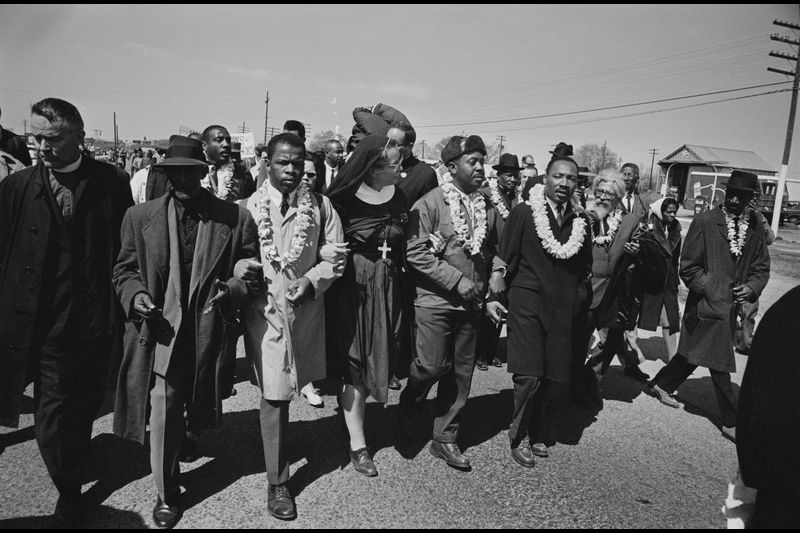 Today is Tisha b’Av, the ninth day of the Hebrew month of Av, a day that marks the destruction of both the first and second Temples in Jerusalem.  Today is the day on which the Jewish people recall thousands of years of hurt and harm, homelessness and harshness, sometimes of unimaginable measure.

Today is also the day that Representative John Lewis, of blessed memory, takes the final steps of his journey on this earth. And in the words of the Book of Lamentations, we say, “How the heroes have fallen.”

But even in the midst of such sorrow, we can choose life, help one another to choose life, and dare to believe that the dream of the world imagined by long-prophets like Isaiah and modern heroes like John Lewis, is within our grasp. That such a world is, as Theodore Herzl teaches, is no fairytale, if we truly will it.
We honor this doubly sad day by fully honoring our pains — both ancient and contemporary — without being defined fully by them.  We honor this day by lifting up the wisdom of our heroes and our teachers and asking God and one another to help us live into that wisdom, and living up to it.

Rep. Lewis asked that his last essay be published in the New York Times on the day of his funeral, and it appears there today. In it, he writes:

Though I am gone, I urge
you to answer the highest calling
of your heart and stand
up for what you truly believe.

Today, I pray that we honor John Lewis’ memory, and build our future, by living out his urging to us.  I pray that like him, we be, not only bridge-builders, but bridge-crossers, taking chances to create a more just, more peaceful, and more understanding world for all of us, including those with whom we disagree.

Today I seek that unique combination of strength, and wisdom, and love… and humility. We need to actively answer the highest callings of our heart, and to do so with the full awareness that we will only be successful when we make room for one another — When the people in front of us — even when they make us crazy — are more important than the ideologies inside of us, however good they may be.

In that spirit, may the Temple of this world, be rebuilt, and may the Temple in Jerusalem be, as the prophet Isaiah declares, “A house of prayer for all nations.”