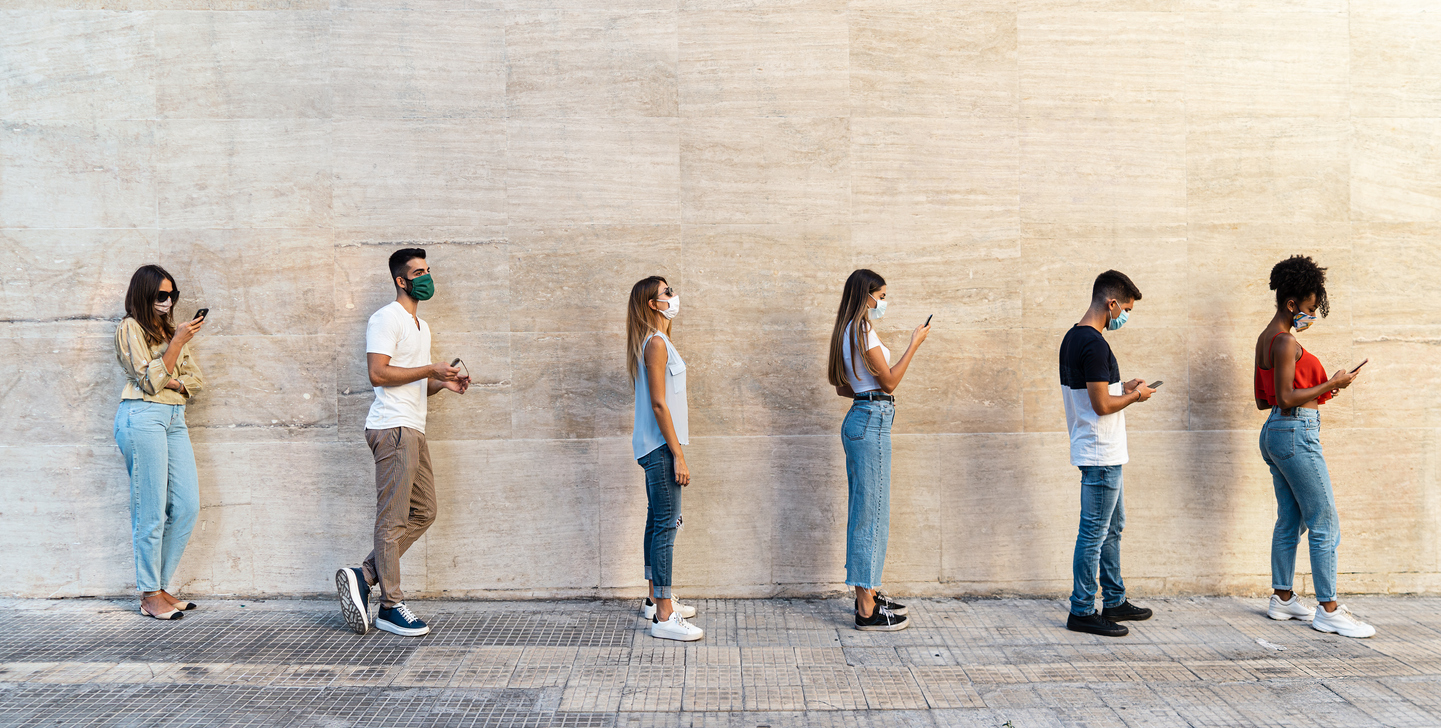 This past April, soon after my wife and I got vaccinated and the case numbers went down, we felt like COVID was finally coming to an end. Yes, there would still be some percentage of unvaccinated people, and yes, we’d still have to take some precautions, but we started going back to places we had avoided for months and began to feel a bit normal. But as July arrived and the Delta variant slowly took over, we (frustratingly) pulled back again. We had felt such hope, and now it felt like the rug got pulled out from under us. In October, though, we cautiously felt good again: we got boosters, the numbers were going back down, and in early November, our kids had their first shots. “Things will be great!” we told ourselves. “Soon, we’ll be able to do indoor playdates!”

Then Omicron came, and right now, New York is hitting record highs of case numbers, and we’re withdrawing back from the wider world. It’s been an incredibly frustrating cycle, and we know we’re not alone in feeling this way.

In this week’s Torah portion, Vaera, we read about the first seven plagues in Egypt, where there’s a similar cycle of disaster, then normalcy, then disaster. We often think about Pharaoh’s hardened heart, and the battle between God and Pharaoh, but one overlooked element is Pharaoh’s complacency as multiple cataclysms rain down on his country. After the second plague, once the frogs had been swept away, Exodus 8:11 says, “…[W]hen Pharaoh saw that there was relief, he became stubborn and would not heed them.” In other words, every time a crisis arose, Pharaoh was willing to let the Israelites go. But when the calamity ended, normalcy returned, and Pharaoh reverted back to his old ways.

I had always wondered how Pharaoh could just go back to regular life after each plague. I used to think he was simply a callous, indifferent leader…which he obviously was. But experiencing wave after wave of COVID and lockdowns, followed by reopenings and new recommendations, followed by new variants and the resultant consequences, Pharaoh’s actions were very consistent with the way so many of our leaders are acting now. We have gone from horror and fear to resigned exhaustion.

Author Adam Grant wrote a piece in the New York Times entitled “We’re Living Through the ‘Boring Apocalypse,'” and his description of our feelings right now shed light on Pharaoh’s actions:

In the spring of 2020…[w]e were suddenly confronting an invisible, lethal pathogen that was killing thousands across the globe and around us. The media bombarded us with harrowing images of patients struggling to breathe on ventilators.

Each new wave of communication since then has operated as a form of systematic desensitization. People around the world have been through so many alarms — both real and false — that many people have been conditioned to stop fearing Covid-19 in the same way. And every trip outside the house that doesn’t result in people getting sick can serve to desensitize them further. At this point, it’s as if we had built up antibodies against fear.

So what can we do about it?

As Grant notes, constant fear is unproductive, since we simply get used to a “new normal.” But we can’t always control how we are feeling. Instead, perhaps we can take a page from what’s called “Acceptance and Commitment Therapy” – you recognize and accept how you are feeling, and then, independent of how you feel, commit to acting in ways that are consistent with your values.

After all, Moses doesn’t simply say to Pharaoh, “Let My people go” – the second part of most verses is “so that they may worship Me.” The Israelites have a goal, something to work towards and think about, even amidst their fear. As described in the Torah, Pharaoh and the Egyptians were passive recipients of the plagues, while Moses and the Israelites took action.

Frogs, lice, and locusts aren’t the only plagues, and COVID isn’t the only plague, either. Emotions, too, are contagious, and our communal exhaustion is very real. So even as we deal with a seemingly-endless cycle and combination of plagues of fear, sickness, exhaustion, and even ennui, as 2022 begins, let us think about the actions we can take, even amidst the swirl of our emotions.

Indeed, anything that can give us a sense of control, hope, and connection may help give us a little more energy after an exhausting two years. If we can take actions with deep purpose and meaning, even amidst a very dark winter, we’ll find moments of light.