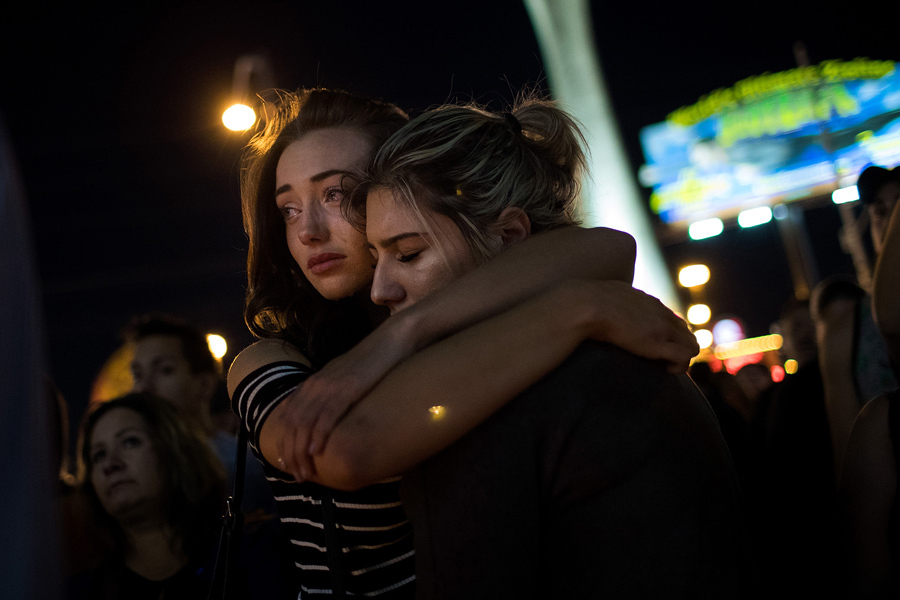 In fact, I shared those 21 names, at least in part because their pictures are readily available online. And the more personally each of us takes this loss, the better.  I hope, in fact, that you will commit at least one of their names to memory, go online and find their picture, and learn their face. And if you are unnerved by that, great. If you are in pain, great.

Not that I want anyone to be in pain, but the more we feel heartbroken at this moment, the better I think it is because better is not debating policy while the dead are not yet buried, and that is pretty much all that’s going on.

I don’t care which station you turn on — Right-oriented, left-oriented, radio, television, in print — everyone’s got an analysis. What analysis is there?  What is that even about, other than some attempt to either feel righteous indignation or a false sense of safety regarding how we prevent the next such horror?

There is no analysis. Not yet. Simply feel the pain, and let it hurt.  And I say that as someone who has very strong feelings about policy around the issue of guns. I’m appalled that it’s even possible to have debates, as Congress was preparing to do, about whether silencers should be allowed. I think it’s crazy that we imagine we have to choose, or that anyone tells us we must choose, between loving the Second Amendment and putting weapons which were only created for mass killing into people’s hands. Those are not our only options.  I think it’s insane that there are more guns than people in the United States of America, but so what?

I think I am right, but does being right matter?  All this being right hasn’t helped anything.  And to be clear, I even appreciate that all the gun laws that I support might not help either, evidenced by Chicago, which has some of the best gun laws in the country, and it’s a virtual bloodbath there.

Maybe if we start to feel the pain, more than we argue about what is right, and let our hearts not just break, but break open… maybe then, we could begin to appreciate that even with the best of intentions, our heads — including my own — are so damn stubborn, that our heads being right isn’t actually creating the better reality for which we long.  From a practical standpoint, it’s not like it’s making anything better. We pass one law and then find a way around it. We tell people, “You can’t pass that law because it doesn’t respect the Constitution,” more people die, and they still say, “That’s okay, we still can’t pass those laws.”

But maybe, maybe if we begin to take a step back and lead with our hearts for a change, not with our heads, but with our hearts, our very broken hearts, we could begin to break open some new insights.  And it’s not going to happen fast.  It took years, or even generations, to get into this mess, so it’s probably going to take at least a few years to get out of it.

That’s not an excuse for inaction. It’s just a plea that if the pain of this moment would be with us a little longer, and the rush to analysis and explanation would be a little slower — that if we would lead with our broken hearts instead of our ever-so-smart minds — maybe, just maybe Las Vegas really will have been the last time.