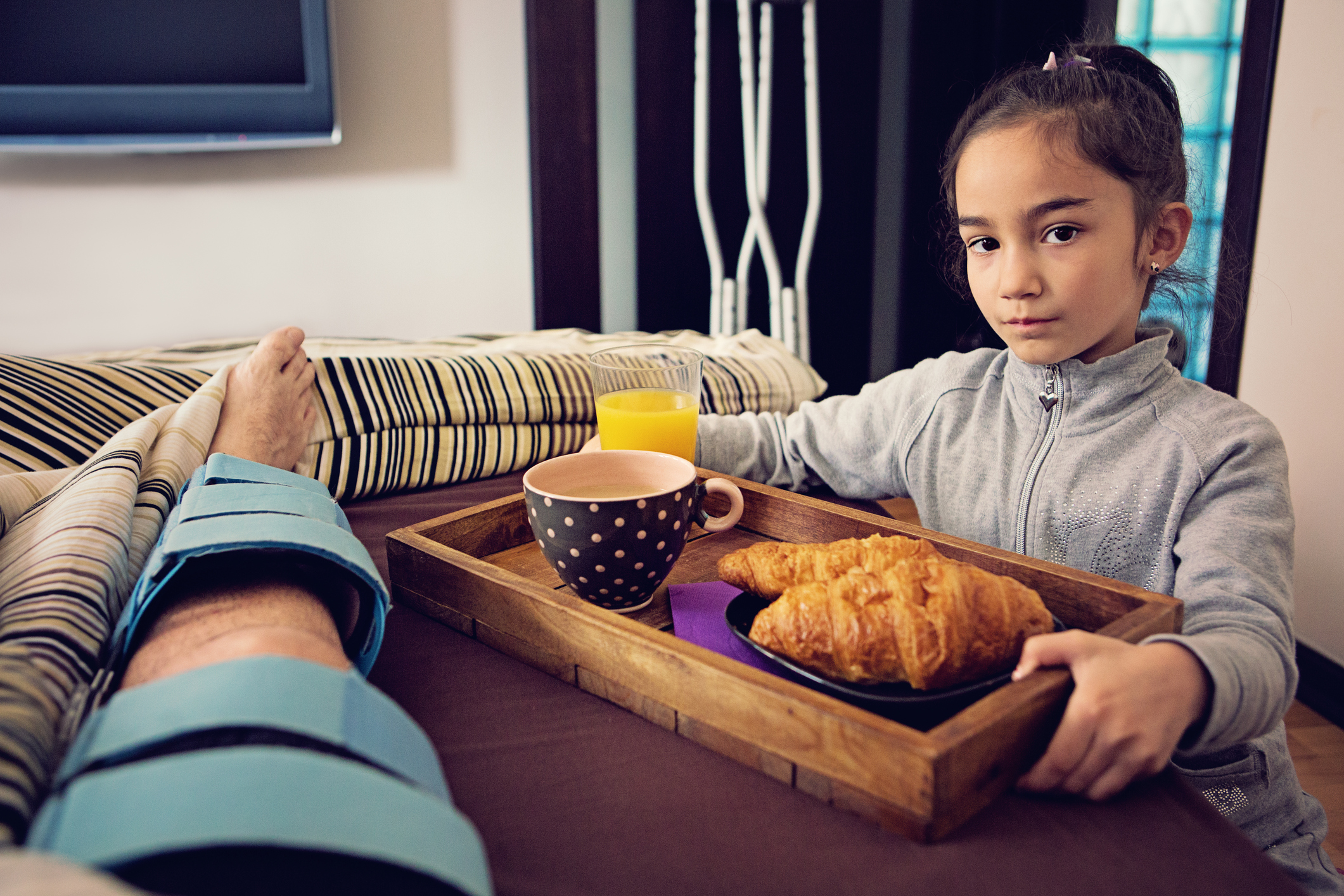 Last Friday I was ten minutes late for a meeting at my synagogue. This is the story of those ten minutes.

I thank You for my life, body and soul…

You see, my left foot has been in a walking boot for over five weeks now. I think back to that icy morning in early February. Hectic. Chaotic. Frazzled. Trying to leave the house to get my wife to the commuter train and my three kids to school on time. The thing is, I knew there was black ice EVERYWHERE. I carefully navigated the slippery front steps, the glassy walkway, warning my family to do the same, all while holding three school bags and my most sacred Hydro Flask filled with 18 ounces of freshly brewed coffee.

Of course the minivan doors were frozen shut. “Everyone to the other car!” I shouted, my hair still wet from the shower, my shirt untucked because I didn’t have time to tuck it in. It was just one of those mornings. One kid listened. One wandered towards the road. The other meandered on the front lawn. I ran in to grab the other set of car keys – “we have to get Mommy to the train on time! She has to catch a flight to Chicago!”

Help me realize I am beautiful and whole…

And then, before I knew it, I was on the ground.  Pain immediately shot through my leg. All I could do was scream. Something cracked, it felt like a withered tree branch snapping in two. I couldn’t get up on my own. It took three people to help me up.  “Maybe it’s not so bad,” I thought to myself.

Turns out it was pretty bad. A severe ankle sprain. A fractured fibula. A chipped heel bone. My foot and ankle looked like someone had pumped air into them. Bruise marks all over. Even my toes were black and blue. It hurt to walk. Six weeks in a walking boot. A cane in my right hand.

Everything took longer to do. Showering. Getting to work. Going to the supermarket. Picking up my kids from school. I was frustrated. I was not myself. Lethargy overtook me. I realized how much we live in a hare’s world, and it is not easy to feel like the turtle.  Jewish tradition teaches, “One who feels pain in his bones should engage in Torah study.”[1] I tried, but in those first few weeks, I felt like doing absolutely nothing.

I will live each day as a gift I give to you.

It’s amazing how an injury begins to define you. I know everyone means well, however the first question I almost always get now is, “What happened to you? What’s with the boot?”

I wish I had some kind of great story to tell. You know, “Oh yeah, I was skiing down a double black diamond and swerved to avoid a bear!”

Often, when I tell the story of what actually happened people respond, “You need a better story than that!” I have sat with some people who have asked, “so, have you learned anything from this whole experience?”

I think about that question a lot. I do think about author Mark Manson’s line, “Pain is an inextricable thread in the fabric of life.” As I write this, I still feel the pain across my leg. Maybe there’s some lesson in confronting the pain. Maybe I should study more Torah. I certainly feel a new sense of understanding with those who struggle with pain. So many who carry pain much deeper than mine. Pain that may never heal. I know that this pain I feel is finite in many ways. And I do think this was maybe some sign to slow down a bit in this hare’s world that we live in.

That brings me to those ten minutes.  On Friday morning, my four year old son came up to me as I was rushing to make this 8:00 a.m. meeting on time. “Daddy, you promised you’d play Memory with me this morning.”

I swear my first instinct was to barely look at him and say, “Ah sorry buddy, I’m kind of in a rush, can we play later tonight?” But instead, I looked down at that boot on my left leg.

I loved every minute of that game. My four year old was so happy. It was straight out of some cheesy television drama – one of those scenes that you say, “that never happens in real life.” Normally it doesn’t. But for ten minutes, it did. For ten minutes, I found wholeness in the brokenness. Purpose in the pain. And when I told the group why I was ten minutes late, they all understood.

Evan Schultz currently serves as Associate Rabbi at Congregation B’nai Israel in Bridgeport, CT. A strong social justice advocate, Evan serves on the board of CONECT, Congregations Organized for a New Connecticut, a faith-based community organizing initiative. Evan finds his greatest joy with his family, immersed in music, or running on the trails.