The Deeper Wisdom Of Fidget Toys 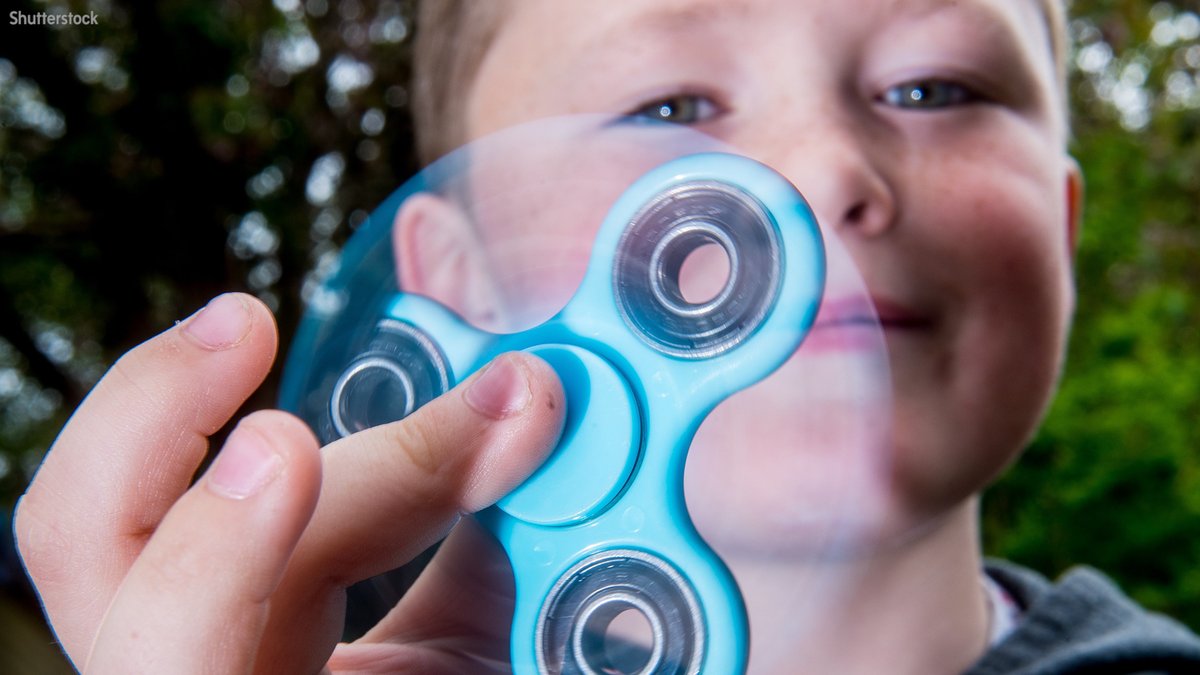 Are you a multitasker? You know, one of those people who are so proud of being able to do many things at once. And, I know, the extreme and appropriately mockable version of this identity is the person who can hunt water buffalo and change your kid’s diaper and make a good living all at the same time. But I am not talking about that. I mean, do you have a sense of self that involves being good at juggling many tasks? What I would call ‘normal multitasking’.

Do you see yourself as someone who can watch television and read a book at the same time, or take a certain measure of pride in being able to get through your emails and pay attention to your spouse all at once? We are certainly inundated with the message that we should be able to do so, if for no other reason than life as so many of us live it, demands that from us. Are you proud of being able to meet that challenge?

Those are both notions — the idea that we can successfully multitask and, if we could just de-stress a little bit more, we’d be a lot more productive – driving an increasingly popular trend. What’s the trend? Fidget toys, and particularly, Fidget Spinners.

You may already know what these are, but as I first noticed them only a few months ago on a trip abroad, I should probably explain. I was leading a group of students in a graduate program for non-profit executives, and “cool kids” on the trip – yes, even with this group of 20-somethings and 30-somethings, they identified “cool kids” and “not-so-cool kids” — all had these little devices. Some of them were like a couple of nuts and bolts pegged together, and they would be playing with them – fidgeting – and some of them were the classic Fidget Spinner, which has three little metal wheels encased in a plastic device and you rub them against each other. Having never such things before, I asked one of them, “What is that?” And because he was one of the cool kids, he looked at me as if it was so obvious, “it’s my fidget.” And he explained how they help him to be calmer and more focused when he is otherwise occupied.

I didn’t think about it much then, but I think about it more now as heated debates arise in schools across the country, and whole school boards are debating about whether or not kids can bring these things into their classrooms. And even more, I was asked recently by a friend of mine who had seen an article about religious leaders in Israel questioning whether or not these were appropriate to use.

It turns out that, as crazy the article was because the rabbis who were responding to this trend, said, “Well, you know, you really shouldn’t bring them into the classroom because it’s beneath the study of religious texts to have such toys present, and it demeans the learning process, and it’s disrespectful,” the rabbis may actually have reached the right conclusion albeit for entirely wrong reasons. I don’t question the logic of using fidget toys because they’re “demeaning” or “disrespectful” or any of those things. That’s just silly. Sadly common, but silly nonetheless.

It’s amazing how often people who aren’t comfortable with a new trend want to explain why it’s a “bad thing” and “disrespectful” and “demeaning,” as opposed to just saying, “You know, I’m not so comfortable with that and I don’t think it would work for me.”

So my questioning of fidget toys is not grounded in such fears or absolute understanding of what counts as respectful. But, I think the rabbis my friend brought to my attention, were onto something because it turns out that, according to the best neurologists and neuroscientists that I’ve asked about this, multitasking is actually a misnomer. Strictly speaking, there is no such thing.

We are never doing multiple tasks at once, according to these scientists. We are actually serial monotaskers; that is, quickly flipping between multiple tasks, and going back from one to the other, because our brains are not wired to actually focus on multiple things at once – at least not in the sense which multitaskers so often claim.

The idea that by playing with the fidget toy and simultaneously doing the job at hand – multitasking — any of us is likely more able to focus better on the task, is likely completely untrue! And the idea that stress is always a bad thing? It turns out there’s real science behind the idea that in many situations, stress can actually raise our levels of productivity, even if it doesn’t raise the levels of pleasure we take in that productivity.

It’s amazing how stress can get us laser-like focused. Now I’m not suggesting that the way to get people to produce maximally is to get them all stressed out and crazy and living on the edge. But I also know that the default position that, “Yeah, if I could just chill a little bit, everything will be better,” is also not exactly true either.

So, the truth is, I can go either way with fidget toys, but the real story here it seems to me, as it is with so many trendy things, is that there are no panaceas or magic bullets. It’s not just “do this method” or “play with this gadget” and somehow you’ll have the best of all worlds. You’ll be de-stressed and multitasking and more efficient and everything will be perfect.

The real takeaway, it seems to me here, is that as it is with so many things, the issue is not whether fidget toys are good or bad, whether they are distracting or not distracting, but who is using them, what do they actually gain from using them, and at what cost?

Nothing is free, and many new things are genuinely worth the cost, but it seems to me, that’ those are the questions best asked and answered when deciding what’s best, whether it’s for a 7-year-old in a classroom, or a grown up on a trip, or you and me.