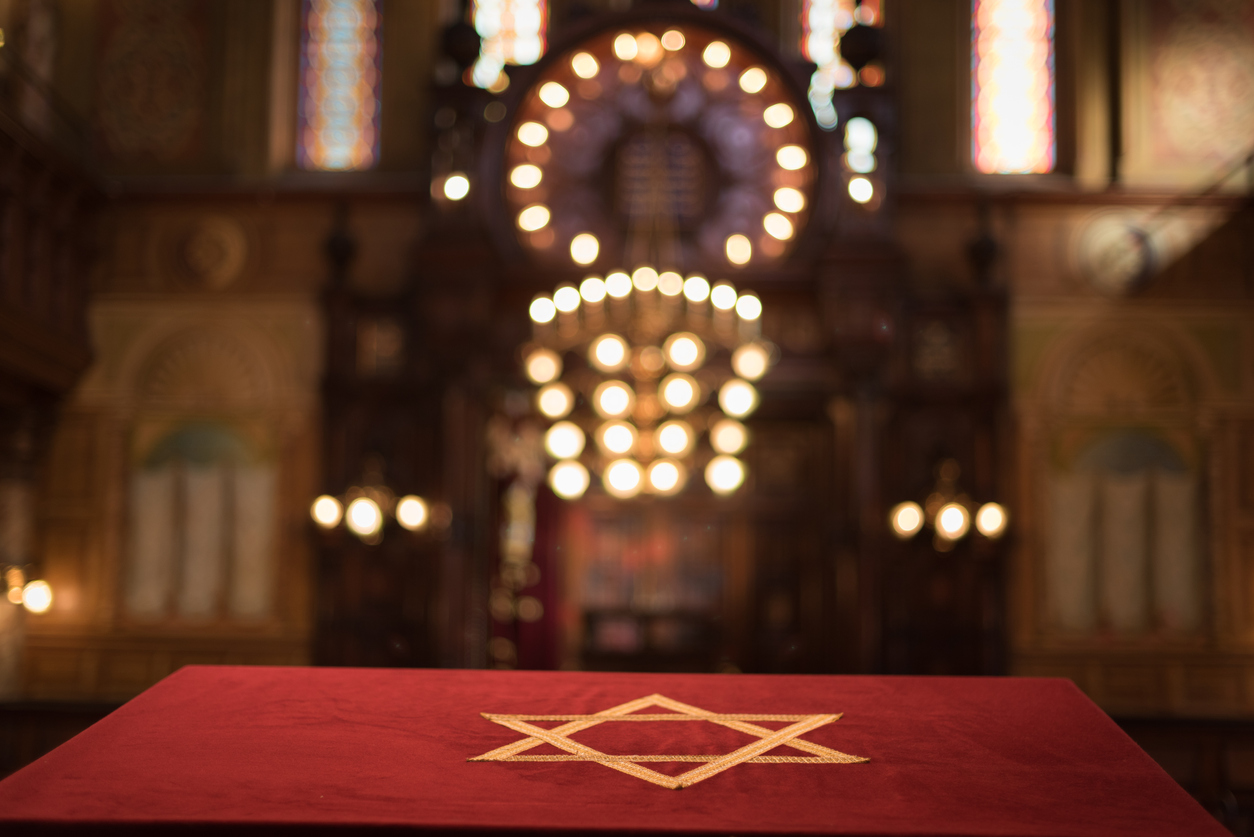 When the Jewish Community Relations Council of New York honored me with an invitation to join its recent multi-faith and multi-racial community leadership study trip to Israel, our goals quickly became clear. In addition to strengthening relationships among public officials, nonprofit directors, and spiritual leaders, the JCRC trip aimed to explore the contours of racism and antisemitism, the challenges of narrative and trauma, and the hope that powers innovation and shared social entrepreneurship.

We did all that and more. We came away with new friends, new ideas for collaboration among our shared communities, and new perspectives on tackling community challenges here at home.

What does this have to do with a rabbi learning Arabic?

One theme that emerged was the prevalence of “otherness” and “othering” – the sense of difference that lands as negative (alien, unsure, scary, threatening) rather than positive (valued, affirming, sharing, proud).  As U.S. Ambassador Dr. Deborah Lipstadt teaches, antisemitism is one of history’s most entrenched and senseless othering impulses, which also can fuel and normalize other hates such as racism and homophobia.

Trip participants experienced varying degrees of these impulses not just around them, but also in some of their own reactions to what they saw and heard.  Together we experienced both negative and positive attributions of diversity in every community we experienced – Jews, Muslims, and Christians; Israeli and Palestinian; light skinned and dark skinned. The shared introspection was powerful as a vehicle for new understanding, empathy, and a shared sense of common purpose back at home.

For me, too.  My service as pulpit rabbi and as public official reflects my core value that everyone bears a unique spark of the sacred.  My commitments are fully and equally Jewish, ecumenical and invested in the sacred temple of democracy.  Even so, the JCRC trip inspired introspection about how I personally – and my rabbinic colleagues generally – can more fully extend ourselves as bridge builders.

The group was meeting with nonprofit leaders with varying views on whether Israeli Jews and Palestinian Muslims ought to learn each other’s languages in school, and the practical and political challenges of meaningfully considering the idea.  In Jerusalem, I needed to ask a new sheikh friend to read for me Arabic calligraphy adorning a site profoundly sacred to Muslims.  Language had been proving an issue, and my own Arabic illiteracy found me feeling a bit outside some key experiences.

This introspection reached its peak in an Arab Muslim community.  I was surrounded by Arabic signs I couldn’t understand, evoking a worldview and sense of place that felt foreign, just miles from an Israeli Jewish community whose words and ways felt comfortingly instinctive.  But here I was completely illiterate, a fish out of water – and something more.  In deep honesty, I had to confess to myself that I was feeling a twinge of otherness.

If I felt othering as a dignitary and glorified tourist, how must it feel to so many living in that holy hotbed?  How must it feel to live there – or here – feeling like one’s nose is pressed up against the glass of a better future?

Lightning struck: I must learn Arabic.

Immediately I tried to talk myself out of it.  I have no time.  By day I serve in the New York Judiciary, and I’m a part-time pulpit rabbi.  (I’m the only U.S. pulpit rabbi simultaneously serving full-time in the justice system.)  I’m deeply involved in service to the Bar and access to justice.  I’m seminary faculty with the Academy for Jewish Religion.  I’m a spiritual director with an active private practice.  I lead a spiritual innovation incubator.  So yeah, I’m busy.

But after some internal whining no doubt fueled by jet lag, I relented because my “fish out of water” experience had touched a deep reality of our JCRC trip. The ever-present potential for otherness demands that we all extend ourselves beyond ourselves, and make a lifelong practice of doing so.  For that reason, I decided that learning Arabic must be part of my rabbinate if I’m fully to honor my covenant to build cultural, communal and spiritual bridges.

So starting with 15 minutes per day, I’ve begun learning Arabic using Duolingo, an online language education platform.  My start is elemental, maybe pediatric, but it’s a start – and a necessarily slow one.  Arabic is a complex and nuanced language written, to Western eyes, in a chaotic explosion of lines, squiggles, dots and doodles that seem to bear no resemblance to the separate letters I instinctively associate with alphabets.  Talk about other!

But after just one week, Arabic is coming alive for me.  Its otherness is fading, and I’m beginning to appreciate beautiful commonalities with both modern Hebrew and ancient Hebrew.

I wrote to the person who’d posted on social media – an acquaintance who travels in one of my circles.  I shared that I’m starting to learn Arabic and look forward perhaps to learning with him.  He immediately wrote back:

It’s a start – a tiny start and a humbling one, but already it’s paying dividends.  I already have a new correspondent who lives a somewhat different life close to my own home.  It’s taught me even more empathy for folks learning languages (including Hebrew) potentially meaningful to their identity.  And I harbor a realistic hope to someday visit some of the same Mideast places feeling a bit less like an outsider, able to build some bridges with the power of words in another’s language.

And it gets me thinking.  What if every rabbi learns Arabic – as a way to more deeply own Hebrew (some Hebrew grammatical exactitudes reflect ancient practices that Arabic maintains), and more importantly to more deeply journey into some of the cultural, linguistic and spiritual worlds from which Judaism draws its ancient origins and continuing flow?

Even more, what if every rabbi learns Arabic to be part of building bridges – to personally reach beyond oneself, to pierce self-reinforcing echo chambers of familiarity and comfort, to make new friends, to build community, to show honor and care to a cousin community that also can experience tremendous prejudice and othering, to make common cause in shared interests of justice, pluralism and diversity?

Learning Arabic wouldn’t diminish anyone’s Judaism one bit, and doesn’t ask anyone to change their views, beliefs or politics.  And, in a complex and conflict-ridden world beset by rifts of most every kind, I’d hope that it’s our core creed to be part of the tikkun (repair).

If so, then there’s something rabbis can do: learn Arabic, and then make more friends of Arabic speakers – Christians and especially Muslims.  We’ll all be better for it.