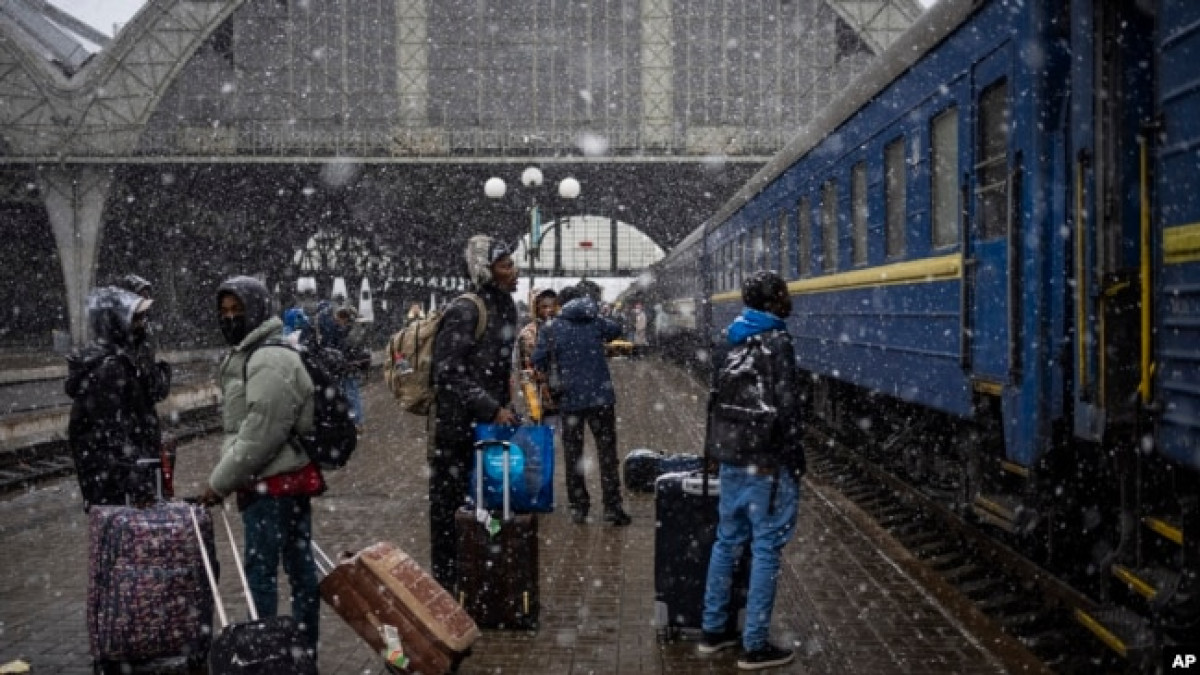 There is nothing simple in this world.

The footage of Black people being pushed from trains by Ukrainians is annihilating. I’ve heard many Black friends say they were all in for Ukraine but after seeing those clips, they could not access the unambiguous feelings they’d had before.

Many Jews in my circle have expressed an adjacent ambivalence. Ukraine has historically been so very vicious toward its Jews. The Russian attack on the Babi Yar memorial was an undeniable reminder that 100,000 Jews were massacred there and thrown into a ravine. And the Azov Brigade is a horrific continuation of that legacy even now. This week I’ve heard many Jews recognize that Russia is behaving sociopathically and must be stopped, but they still feel unable to muster much agony on Ukraine’s behalf. I don’t judge anyone who harbors these feelings. I understand their emotional response. And yet:

A formative and lifelong influence in my life was an Auschwitz survivor who took care of me when I was very young. For decades afterward, I marveled at her curious lack of bitterness toward Germany. Many American Jews, as I was growing up, refused to buy goods from Germany or root for Germany in sports, or show equanimity toward Germany in any other situation. When I asked her why she, of all people, did not share this sentiment, she would say it wasn’t Germany, there was nothing special about Germany — that the very same potential for evil was everywhere, in all of us.

Isabel Wilkerson made a very persuasive case in Caste that Nazi Germany drew inspiration from America’s treatment of Blacks, but the U.S. was arguably more brutal at its core. After reading both her books, I’m in unequivocal agreement with this.

Over the last five years, many of even the most sheltered and privileged among us have seen, I believe, how Nazism can rise to power right before our eyes, here or anywhere. Some of the most formidable and mainstream power players in this country have openly rooted for Russia, right up to the moment when the evil of what they were supporting became so graphically obvious to everyone that they were forced to backpedal. But that’s who they still are, and their entire playbook is shockingly similar, and they are still wildly powerful, and we aren’t out of the woods yet, not by a long shot.

We rightly see clear-cut, unambiguous evil when a murderous empire invades a neighboring country without provocation and is willing to burn it to the ground rather than let it simply live alongside them in independence. But the supremacist bent driving that evil is everywhere — in Ukraine, in the U.S., even in well-intentioned liberals, such as newscasters, who don’t even realize the white supremacist bias they’re betraying as they speak. We need to realize where it inevitably, inexorably leads and be just as vigilant against it here and now.

Elissa Wald is a freelance writer, editor, and the author of several books, most recently The Secret Lives of Married Women. She lives in Portland, Oregon with her husband and two children.