My Experience with Why I Stayed: The Hashtag Bringing Domestic Abuse to Light 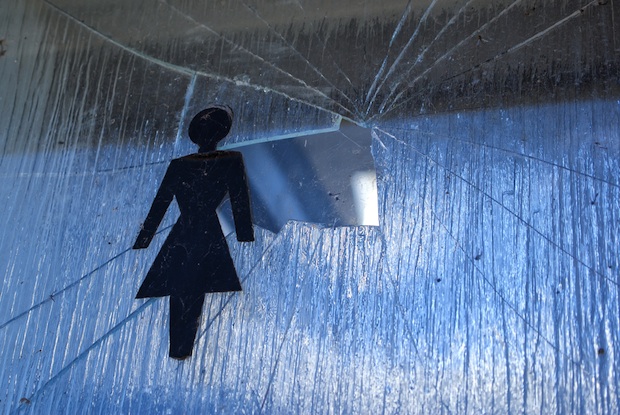 Baltimore Ravens running back Ray Rice’s violent attack on his then-fianc?e Janay Palmer in February is very much in the news. It may cost Rice his career, NFL Commissioner Roger Goodell his job, and it may invite us all to do more to address the all too common phenomenon of domestic abuse. It’s also a story I take very personally.

If you haven’t heard about the hashtag #WhyIStayed, you should. It’s your passport to a deeper understanding of people suffering domestic abuse. Following this hashtag, or reading some of the responses to it found in this article, will likely break your heart and almost certainly make you angry. Angry, not at the victims who stayed in abusive relationships, but at all of the institutions and people who, however well-intentioned, may have contributed to their staying. That’s a category which haunts me because I fear that I may have fallen into it.

Some years ago, a colleague, A., asked me if she could talk to me “as her priest”. A. knew I was a rabbi, and clearly not a follower of her faith, but felt that she could talk to me as if I was”. I knew what she meant, and was honored by her request. I also told her that I could only speak from my own tradition, and my deep respect and affection for her, but that if she was good with that, she should feel free to proceed, which she did.

A. explained that she had been hit by her husband, more than once. She explained that in addition to the physical abuse, there had been long-term emotional abuse, and asked me what I thought she should do, and whether I thought all this meant that her marriage was over.

I told A. that I didn’t know enough to know if her marriage was necessarily over, and that I believed that even people who do really bad things can truly change. I also told her that if she was being abused, she should address all that from a safer distance than the home she shared with her abuser. I pointed out that even if she did not want to involve the police, she should take advantage of the resources she possessed and create some safe space for herself.

I told A. that I respectfully disagreed but admitted that perhaps I was wrong. She thanked me for understanding her desire to stay and not pushing her harder on the “leaving issue”. Never have I regretted my intellectual humility and capacity for respectful disagreement more.

A. was murdered by her husband four months after our conversation. I am haunted by the question of what more I could have done.

Rationally, I know that the answer, in A.’s case, is probably nothing. That said, in reading many of the responses linked to the Why I Stayed hashtag, I know that we have to do more to make it safer, more credible and more realistic for people to leave when we tell them that it is the right thing to do.

1.3 million women are physically abused each year in the US. That’s more than five times the number of women who are diagnosed with breast cancer. One in four women will experience some form of abuse by an intimate partner at some point in their lives. That’s twice as many as will develop the same cancer.

Ultimately, staying is a partner’s choice but like all big decisions, it’s a choice made within a larger social and economic context. We can’t choose for others, but we can create the context in which leaving is as plausible, acceptable and natural as staying.

A.’s choice was hers to make, as is Janay Palmer’s. Our choice is to whether or not we make sure that they have options.