What Madeleine L’Engle Taught Me About The Power Of Naming 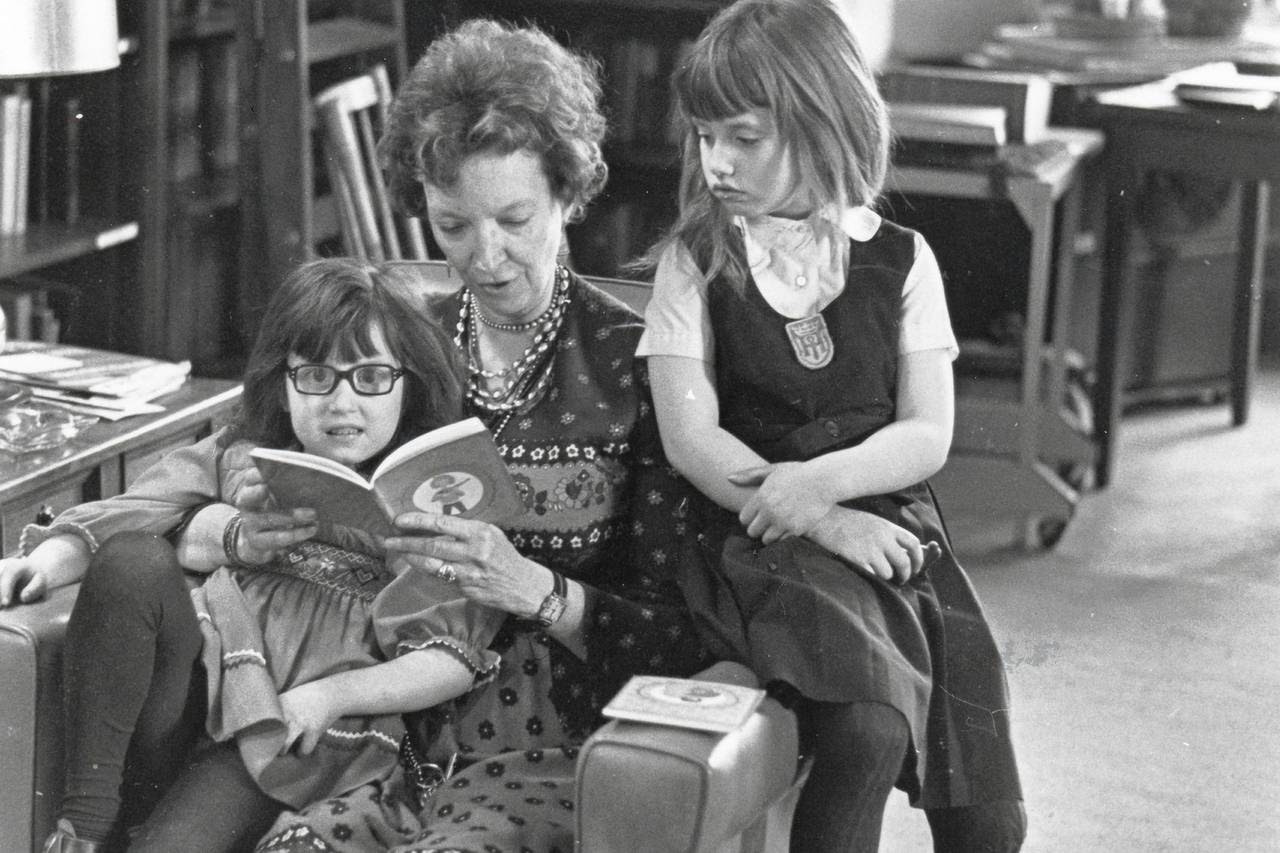 When my husband and I started a family, we chose names for our children based on qualities we hoped they would one day possess. Our first child’s name means “little lamb” and conjures images of gentle-natured innocence. We chose “strength” as our son’s name, and our youngest daughter’s name means “wisdom and grace.” These traits have hovered around the edges of my children’s lives as they’ve grown and developed. They are affirmations we hope will continue to emerge as our kids become more fully themselves, affirmations we continue to speak into being every time we say their names. Every so often we remind them of who they are: they are gentle, they are strong, they are wise and filled with grace.

When I was a child, I longed for someone to tell me who I was, to affirm and name me. I took countless personality quizzes in teen magazines, I consumed stories about quirky, strong girls, and I listened with attention to the words people spoke to me. Once, I looked up the meaning of my own name in a baby name book I found on a shelf at the home where I babysat. I was disappointed to learn that Kimberly means “Royalty”, which is awe-inspiring and intimidating in one sense, but which felt meaningless to an ordinary girl sharing a basement bedroom with her little sister in the suburbs of Philadelphia. I couldn’t connect to the pomp or power associated with such a meaning.

I was a girl who longed to be seen, and the word Royalty conjured images of one whose opinion is revered, who carries weight in the world, one whose word mean something. I was shy and reserved. I left a light footprint on the landscape of my life, and so my name never quite fit.

Royalty wasn’t a meaning or name I could live into. Even then, I wished I’d been called by a name more fitting to my bookish temperament, perhaps after an author, a well-loved character in a book, or an artist with beautiful works to recommend her.

I remembered this childhood desire when reading the novel, Flight Behavior by Barbara Kingsolver. Protagonist Dellarobia, who bears the same name as the Renaissance sculptor Luca Della Robbia, says regarding the idea of being named for an artist, “A person could be reborn on the strength of that.” To be aptly named is to be reborn, to become a new creation entirely.

I began to think more about the importance of naming after reading Madeleine L’Engle’s book Walking on Water: Reflections on Faith and Art. In her book, L’Engle writes of the art of storytelling, saying “Stories are able to help us to become more whole, to become Named. And Naming is one of the impulses behind all art; to give a name to the cosmos we see despite all the chaos.” This was the first concrete description of the connection I felt between my love for stories and how somehow, across the pages of a good book, I felt more known. More complete. More myself. I realized, while my actual name is one source of my identity, there are myriad ways in which I may identify and call out my inner self.

L’Engle goes on to write, “God asked Adam to name all the animals, which was asking Adam to help in the creation of their wholeness. When we name each other, we are sharing in the joy and privilege of incarnation, and all great works of art are icons of Naming.” According to L’Engle, storytelling and the creation of great works of art are acts of naming that bring wholeness to us and to others. The gift of the artist lives beyond the act of providing simple entertainment or momentary pleasure. The work of the artist, the act of creation, is an act of naming and making a thing known. It creates a connection, an empowering of that which has been named. Art and stories are a medium for becoming more named, known, and whole.

In my own life, L’Engle’s art and stories, have helped me be more cognizant of the words I use to name myself and the ways in which I name others. Names hold power, and knowing this, I’m more aware of what and how I name the people, places, and things in my life. My attention to language is sharper, I pause longer, and I use words with greater care.

Naming has also helped me make connections between myself and works of art, religious works, and great literature. I became more whole, more named, and more understood when I read Marilyn Robinson’s novel Gilead, Tara Westover’s memoir Educated, and Mary Oliver’s poetry. They speak to something essential in me. In a recent visit to the Modern Museum of Art in New York City, I stood in front of Henri Matisse’s painting “L’Atelier Rouge”, and tears pricked my eyes as I recognized something of myself in his masterpiece. I looked around the room, and I saw the same shimmer of recognition in the eyes of other patrons as they observed paintings of their choosing.

As I experience this naming through the words and art of others, I see that the names we’re born with speak to our identity, but they don’t carry the same weight as the names we give ourselves. When we recognize the quiet qualities and hidden potential in ourselves and others, we join God, Adam, and all of life’s co-creators when we name these traits and speak them into being, just as my husband and I did when naming our children.

I’ve begun to seek out the art and literature that makes me feel more known and more enfleshed as a human being and likewise, I reject works that create chaos or self-hatred or disordered thinking. Through L’Engle’s work, I’ve come to know myself as Whole, as Co-Creator, and as Artist. Through religious literature and art, I’ve come to know myself as Beloved. A person could be reborn on the strength of name like that.

Kimberly is a freelance writer with an MFA in Creative Non-Fiction. She writes regularly online and has written for Hippocampus, The Write Life, Barren Magazine, Fathom Magazine, and In Touch Ministries Magazine among others. When not writing, she teaches college writing at Fairleigh Dickinson University.

AFI Club: The Godfather, A Movie About Oppressors Or The Oppressed?