We Often Receive The Same Attitude We Give Off: Lessons From My Cats 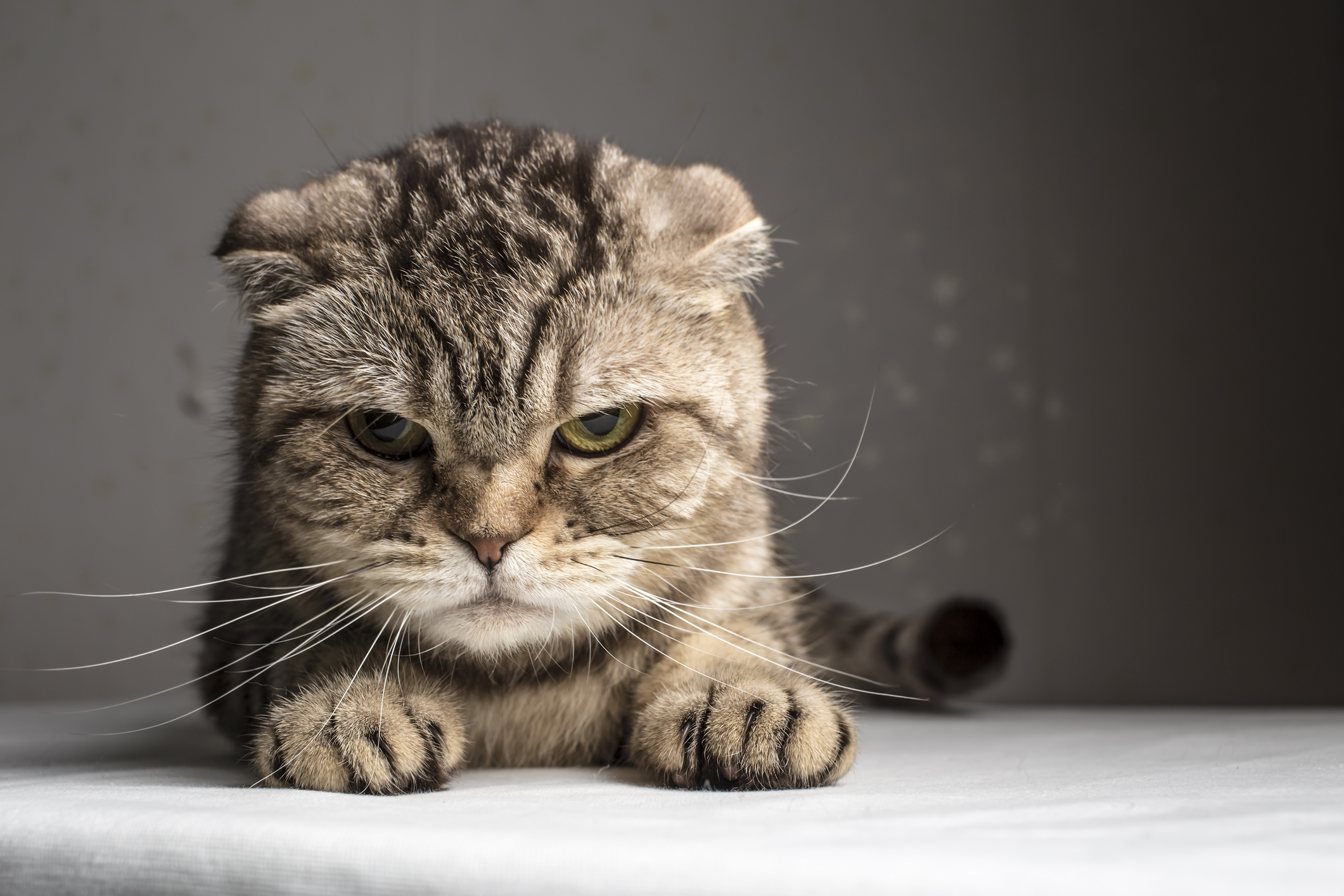 I have two cats, Frankie and Leo. Here they are as kittens. Frankie’s hiding and Leo’s on the right.

This represents how they approach life. Frankie has to wait and see if the situation is safe and Leo’s ready for anything and he loves everybody. When strangers come over, he believes they’ve come over just to pet him, so he presents his head and backside for them to get right to it. “Let’s not waste any time.” He purrs loudly and rubs his head against their legs in appreciation.  If he spoke English, “allergic” would not compute.

Meanwhile, Frankie is scared of everyone. He believes strangers are out to hurt him and he heads for his hiding spot in the closet immediately. If he has a new cat sitter, it takes him over a week to feel safe enough to grace them with his presence.

I know this is a learned behavior for Frankie, because when no strangers are around, he’s the boss man. He freely gives his opinion on when breakfast and dinner time should be and even when it’s time to clean out the poop box. He won’t sit directly on my lap, but he’ll sit next to me with his head on my lap and let me pet him for five minutes and no more. I believe his instinct taught him this avoidance behavior when he was but a wee kitten and there was an abusive man in his life, as told to me by the shelter where I later adopted him. It’s a natural response, but it no longer serves him now that he has been in my loving home for over six years.

“So you have two cats, what’s the big deal?” you say? Well, what I’ve noticed about these two over the years is that they get exactly what they expect of others. Everyone loves Leo just as he loves them. He’s a little celebrity at the vet. They can’t wait to pet him when he is there. And if he’s boarding there, they love it all the more because they get to play with him every day.

Frankie, on the other hand, is nearly ignored. He such a scaredy-cat that I make him wear a ThunderShirt® at the vet. It stills his inner demons and calms him down, but it doesn’t transform him into Leo. He sits quietly observing everyone and fades into the background, which is a little surprising considering how big he is. But that is how they see him, just a quiet fluffball. If they do comment on him, it’s on his pretty eyes or fluffiness, but not how much they love him. Because why would they? He doesn’t love them or even let them pet him.

If they were humans in an office setting, Leo would know everyone by name and be everyone’s pal. His colleagues would always invite him to happy hour. But Frankie might only have one or two friends. He’d be a good worker, but unnoticed. However, if he lost his “You have to prove yourself to me before I trust you” attitude, he’d gain a lot more friends and respect. He wouldn’t have to become gregarious like Leo, he could remain quiet and reserved, but open to interaction. He’d realize that when you have a wall keeping unknown people out, it also keeps out the good people. It’s lonely on the backside of that wall. And it’s possible, even likely, that a mean person will occasionally sneak through your lowered defenses and wound you, but that’s a small price to pay for getting a lot more love and kindness and friendship.

I think humans have a natural inclination to live up to other’s expectations of us and we can sense this pretty easily. If I encounter a stranger and they give me a look that may indicate they think I’m not to be bothered, (maybe they think I’m stuck up or too busy, racing to and fro), I think, “Good. I don’t feel like talking to you anyway.” But if they take the leap and start talking to me in a friendly manner, I respond in kind, even if I am busy, and I feel better for it. Their friendliness and expectation of receiving it in return upped the ante on the interaction, so that for me to respond with rudeness would have taken more rudeness than simply ignoring them, like in the first (non)interaction.

I’m not suggesting we should love and welcome all strangers and never have any fear, because fear serves many vital purposes in our lives (and you should always listen to your intuition if it’s telling you a person or situation is unsafe), but when you lead with fear without due cause, people notice and give you a wide berth. But if you give out kindness and trust, you are generally met with that in return, which causes more kindness and more trust, and more happiness – for the giver and receiver. What if in our offices or coffee shops or neighborhoods, we expected kindness and friendliness? Would we get it back? Isn’t that worth a shot?

I confess that I relate to Frankie more than Leo. I think strangers can be scary and I prefer to ignore them, but that feeling tends to be what I receive in return when I have that attitude. But if I smile, I always get a smile back. Maybe it’s not a love fest, but it’s a start. And in my city where the unspoken motto is “mind your own business,” a smile ain’t bad.

Trish McRae is a writer, who has lived in the opposing climates of Florida and Alaska, but calls Seattle home. She likes rollerblading and cats, but not at the same time.