Wanted: My Rapist, Dead Or Alive 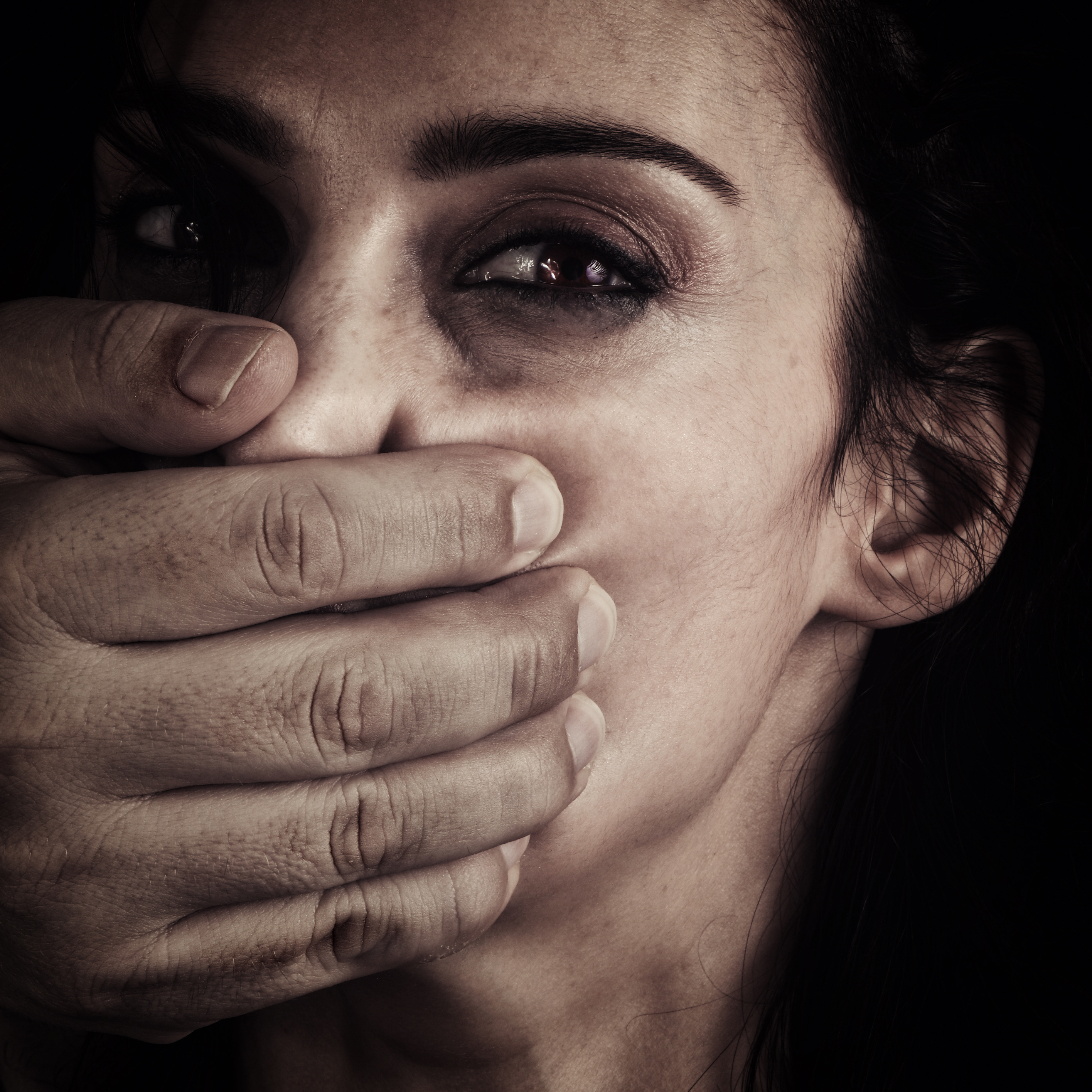 It was late at night, long after the fast of Yom Kippur had ended. On Rosh HaShanah it is written, and on Yom Kippur it is sealed: Judaism’s High Holy Days culminates as our fate for the upcoming year is inscribed (we hope) into the Book of Life.

The final shofar blast of Yom Kippur was still ringing in my ears late that night, as it suddenly occurred to me that I felt, at that very moment, solid and safe enough to Google (for the very first time since the invention of the internet) the name of the person who date-raped me in 1975.

Within two or three clicks, I found my rapist. He had been dead since 1996. The mixture of grief, relief, sorrow and anger I felt upon the discovery was stunning.

Rape isn’t the first thing, or even the ninth or tenth thing that comes to mind, normally, after the end of Yom Kippur. This year is different. Culminating an entire year of the “MeToo” movement which began last October with accusations against entertainment mogul Harvey Weinstein, claims of attempted rape are being made against a Supreme Court nominee. The accuser, Dr. Christine Blasey Ford, recalls being assaulted by youthful frat boy, Brett Kavanaugh, at a party in 1982. Her story and his denial are being told and retold on every media outlet, on every channel. The non-stop news bombardment about a frat boy attempting rape during a drunken party opened locked doors within my own memory, behind which was hidden my own secret story of sexual violence.

“S” was a student at Cal Prep, and lived in Encino, California; a tiny suburban refuge for the upwardly mobile, north of Los Angeles. We were both the patients of a popular local psychiatrist, who would later gain notoriety and a malpractice suit for prescribing Zoloft without an exam to the mother of one of his teenage patients: the wife of a TV celebrity who murdered her famous husband and blamed the antidepressant for her actions.

In 1975, this one-day-to-be-infamous psychiatrist ran weekly “Group Therapy” sessions for a collection of upper middle-class suburban kids. A dozen teens with various petty bourgeoisie social maladies, ranging from smoking marijuana to chronic truancy, were dumped at the shrink by their unwitting parents who devoutly adhered to the religion of pop psychology that dominated Southern California in the 1970’s.

The statement of faith was that group therapy would help us “adjust,” and become more obedient & better children. Naturally, this could not have been more wrong. Mixing the misfits together and leaving us to our own devices by providing free form, stream-of-consciousness “therapy” during which the therapist said nothing and only took notes, yielded massive upgrades to our respective downsides.  Kids who had only ever smoked pot went on to try magic mushrooms, peyote, and LSD. Amateur class-cutters became professional school-skippers and master signature-forgers.

And of course, there were hook-ups. Although therapeutic rules dictated no dating within the group, rebellion against those rules was both predictable and private. So when “S” asked if I wanted to go to the beach with him after group, of course I said “yes” without telling anyone, including my parents.

“S” had a muscle car, the kind I’d expect a guy from Cal Prep to drive. I can’t remember what kind, but it was low and fast. As we drove through Topanga Canyon towards the beach, I rolled down the windows and sang out loud with the music on the radio, my long brown hair whipping in the wind. That joyful, free-spirited moment was one of the last of its kind for a long time, for as we reached Pacific Coast Highway, he used the controls on his side of the car to roll up my window while offering me a joint.

“We want to keep the smoke in the car,” he said, “Take this one, I’ve got my own.” I took the joint he offered me, lit it, and sat back in my seat, puffing as smoke filled the car.

“Wait,” I said, “I thought we were going to the beach. Why are we at the airport?”

The sound of my own voice sounded so strange, so far away. I saw my finger pointing towards the windshield, which had turned into the cockpit of an airplane, and heard myself shouting: “The runway lights!” The words sounded like a whisper, swallowed up in smoke.

My next memory is waking up on the front lawn of my family home in Woodland Hills. My face, buried in sweet dichondra grass, felt swollen and tight. Sitting up abruptly with a throbbing pain between my eyes, my clothes dusted by sand, I saw dried blood between my toes, and a familiar sticky ache between my legs.

Jumping up in a panic, unsure what time or even what day it was, I ran into my house and found, to my relief, my parents had not yet returned home from work. I ran into the shower and scrubbed the sand and the blood and the semen off my trembling body. Finding a few tiny shards of glass and gravel between my toes and the bottoms of my feet made me dizzy and nauseous with fear. I had to get a hold on myself and get rid of the evidence before my parents came home.

Wrapped in a towel at the edge of my bed, I called “S”, who answered the phone in his family home in hushed tones.

“Angel Dust is what happened,” he replied, “Angel Dust and balling on the beach.”

I hung up the phone, unable to breathe. Angel Dust? Balling on the beach? My entire 17-year life flashed before me. Had my brain been damaged, G*d forbid, or even destroyed by a drug I would never have in a million years ingested voluntarily? A drug so scary, nobody I knew in my middle class white suburban wanna-be hippie world had even tried it? What if I became pregnant? Might he have given me a venereal disease?

I got into bed and slept for a long, long time. When my parents got home, they peeked into my room and asked if I wanted dinner. “I’m too tired, I have to sleep” I replied from underneath the covers. Closing the door behind them, it was just another evening in suburbia for my parents. For me, it was the start of my first night without dignity, without sovereignty over my own body, without self-respect. My first – but not my last. Not by a long shot.

Fast forward 43 years to the late night after the end of Yom Kippur.  I Google his name. I see he is dead. I read his father’s eulogy for “S” in the LA Times. His family felt so cheated: he was their only child and died childless. Cause of death: AIDS contracted via a girlfriend, who herself also passed on.

I felt immense sorrow for his parents, while stunned by the irony: my own husband, Mitchell Kude, himself had died of AIDS in 1999. I know too well this bitter and lonely flavor of grief. To have my own experience of a family member dying of AIDS paralleled by the family of “S” felt like both a connection and another violation.

There was no idea of “date rape” in the 1970’s. Rape was what happened when a stranger kidnapped you, tied you down, forced himself on you. There was no consciousness that someone you knew – someone who was taking you out on a date – could have sex with you and call it “rape.” Date-rape drugs hadn’t yet been invented, but Angel Dust would do.

Anger surged within me as I realized that now, some 40+ years after the incident, I would never be able to contact him and tell him what he did wasn’t “boys being boys,” but actual rape. I’ll never hear “I’m sorry” or receive an acknowledgement of what he took from me.

Most surprising was the feeling of tremendous relief and an astonishing sense of lightness and freedom. I didn’t realize how much tension I’ve carried in my body around this event all these years until I literally felt it lift away like a weighted blanket being removed when I read about his death. Memories live inside of our bodies, not just our brains. The feeling of relief is weirdly somatic.

If not for Dr. Christine Blasey Ford’s courage to speak up, I don’t think I would have ever reached the point where I felt empowered to Google the name of my rapist. I think of how her body must feel right now, tensed and holding every bit of anticipatory stress as all eyes and ears in a divided America are upon her as she prepares to testify against her attempted rapist, the Supreme Court nominee, in front of the Senate Judiciary Committee, in full view of the entire world.

Life: it’s a mixed bag. It’s the day after the day after Yom Kippur and I’m so grateful to still be alive and well, even while processing these painful memories. I’m certain the mixed bag of Dr. Ford herself, assault survivor, academic, wife and mother, is filled with anticipation and trepidation. Despite whatever occurs in the days, weeks, and months to come, we both know we live in an America tainted by toxic masculinity, from the pussy-grabber-in-chief sitting in the White House to the frat boys-just-wanna-have-fun former party animal vying for a lifetime appointment to the highest court of the land. Women all over the country – indeed, all over the world! – will be watching, imagining themselves in her place. Older women like me, who never heard the phrase “date rape” applied to our secret, shameful traumas. Younger women who grew up in a post-feminism world. Every woman whose “no” was ignored, every woman who never got the chance to say “no” before she was attacked.

We will all be watching. Together. And maybe I’m not the only one who Googled the name of her rapist late at night – or in the broad light of day.